What better way to launch into 2013 than with some fantastically juicy and unconfirmed rumors from the restaurant world. Here, now, our favorite new rumors, but please, readers, tipsters, restaurant folks, do send your own in to the tipline. As always, anonymity is 100 percent guaranteed. 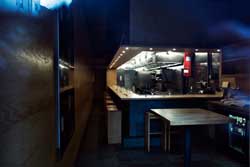 Is David Chang moving his beloved fine dining restaurant Momofuku Ko to a bigger, shinier space? That's the rumor that everyone is buzzing about right now. Expect a new dining room outside of the East Village, perhaps somewhere near the water. Bigger kitchen, room with a view, destination dining.

Bobby Flay wants to bring his critically acclaimed, long-shuttered Spanish restaurant Bolo back to life. Word on the street is that Flay is actively looking at spaces in New York for a revival of his '90s favorite. A late 2013/early 2014 opening sounds about right.

There's a strong chance that Tom Mylan will open a restaurant of his own in 2013. Eater sources whisper that Mylan is planning a no-frills steakhouse somewhere in North Brooklyn, with a possible burger and sausage stand counterpart next door. Think of this as a sister establishment to The Meat Hook.

Michael White is already planning to open The Butterfly in Tribeca, Ristorante Morini on the Upper East Side, and maybe one more concept in Soho. Tipsters reveal that this last project might be a version of Convivio (but it wouldn't be called Convivio, of course). And rumor has it that White is still toying with the idea of opening MW Steakhouse. Greenwich Village could be the future home of this concept, perhaps somewhere near Babbo, to be specific.

Is John Fraser going to man the stoves at the new restaurant in Andre Balazs's Standard East Village? It's the juicy rumor from summer 2012 that just won't die. Everyone and their mother says that this is still very much happening. 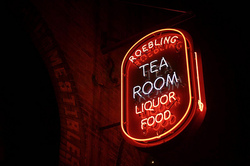 Fingers crossed, the team from Roebling Tea Room will head north to Greenpoint this year. Word on the street is that the owners are planning a new restaurant somewhere near the water, perhaps down the block from wildly popular pizzeria Paulie Gee's. Expect a summer 2013 opening.

Ken Friedman and April Bloomfield recently surprised New York with the opening of Salvation Taco in the Pod 39, and they might not be done with their expansion tear just yet. Rumor has it that Friedman was eyeing spaces near (or in) the Hotel Chelsea for a new mystery project. The old Serena space might be the right fit.