Before working as the head of research and development for the Momofuku restaurants, chef Daniel Burns cooked at The Fat Duck in England, and he built and ran the pastry program at Noma in Copenhagen. Somewhere along the way, he connected with Jeppe Jarnit-Bjergsø, an acclaimed Danish brewer who has created beer for some of the world's best restaurants. Now Daniel and Jeppe are teaming up to open a new Brooklyn project that they hope will be the best beer bar in the country.

The bar is called Tørst (the Danish word for "thirst"), and it will open at 615 Manhattan Avenue in Greenpoint, just around the corner from the Nassau Avenue G-train station. Work is now underway on the space: 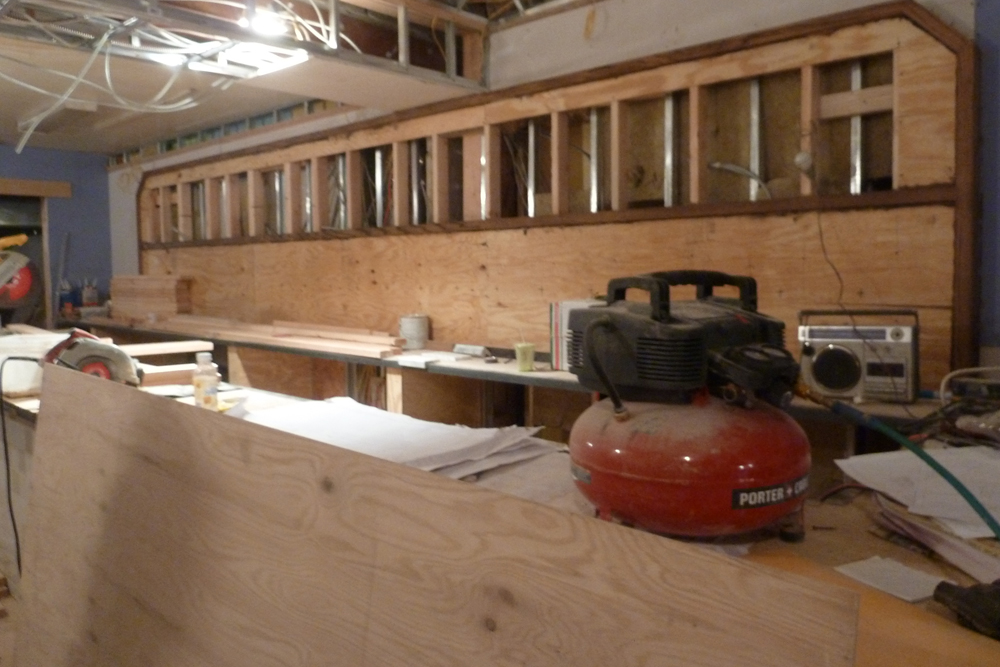 Burns — who no longer works with the Momofuku restaurants — says the bar should open in early March.

Jeppe is curating the beer list, which will feature about 20 beers on tap. Jeppe owns both a brewing company, Evil Twin Brewing, and a beer distribution company, so he has deep connections in the world of European craft beer. The menu is still a work in progress, but expect a few selections that have never been served before in the United States. The bar will also have a special beer storage system, where the ales will be kept at different temperatures — serious beer nerd stuff.

In addition to the barroom up front, the space will also have a 25-seat restaurant in the back called Luksus (the Danish word for "luxury") where Burns will serve a menu of Scandinavian-influenced American fare, all paired with beer. Burns notes: "We want to focus on food that will go well with the beer." The restaurant will open a few months after the bar up front.

This is Daniel Burns's first solo endeavor. He's the chef and partner of Tørst and Luksus, Jeppe is consulting on the beer program along with Brian Ewing of 12 Percent Imports, and former DBGB staffer Jon Langley will be the general manager. The people from Home, the design company owned by Evan and Oliver Haslegrave, are working on the space.
· All Coverage of New York's Coming Attractions [~ENY~]