A Tour of Guy Fieri's Restaurant From Guy Fieri

Share All sharing options for: A Tour of Guy Fieri's Restaurant From Guy Fieri

Earlier today, Flavor Town Mayor Guy Fieri gave Eater a walk-through of his Times Square behemoth, Guy's American Kitchen and Bar. It was like getting a private tour of the chocolate factory from Willy Wonka, but with wonton tuna tacos instead of chocolate. 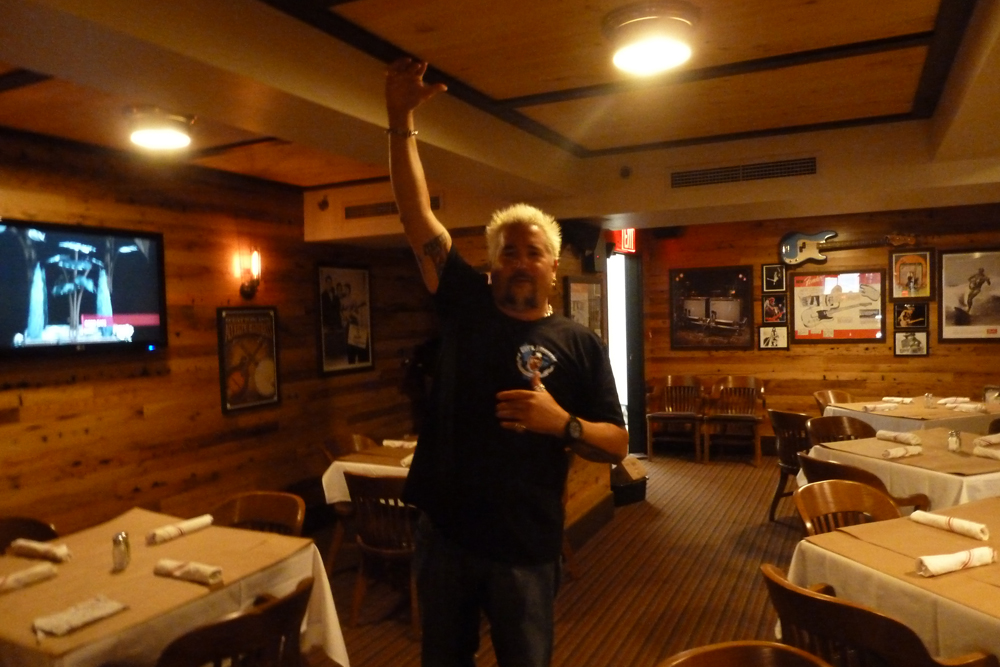 Here's the "studio" room, which has rock posters and guitars on the walls. Mr. Fieri explains, "I don't play 'em, but I sure do love 'em." 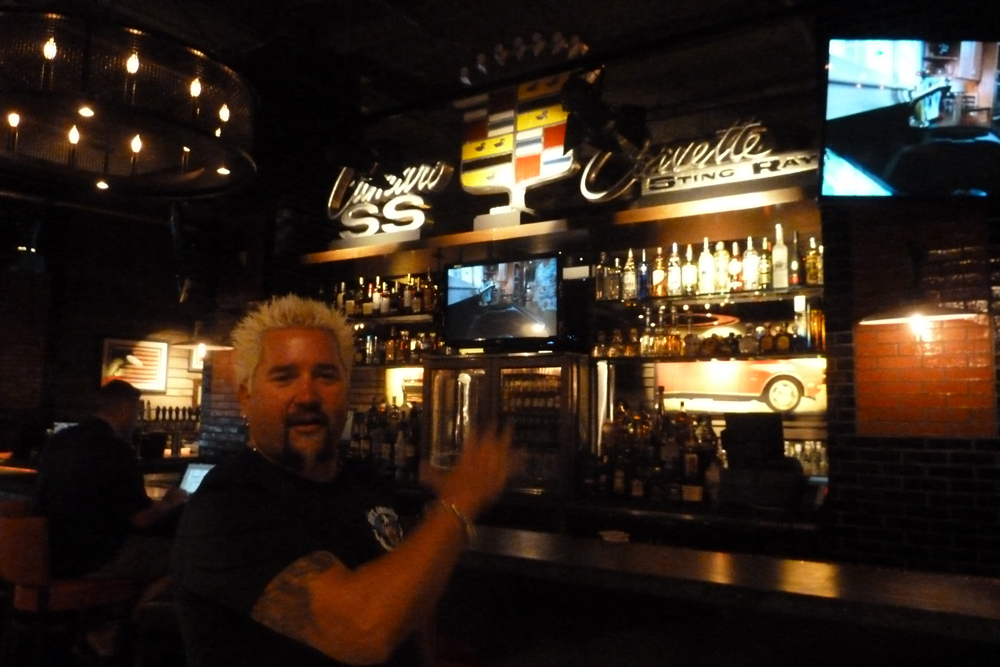 The space has three bars, the biggest of which is on the third floor. 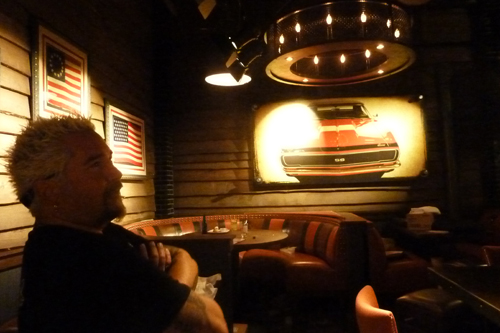 The main bar features pop art prints of Guy's red convertible. Fieri notes, "I was just walking down the street this morning, and some guy walks up to me and says, 'Dude, where's the car?' And I was like, 'At home. Believe it or not, it won't check as luggage on the plane.'" 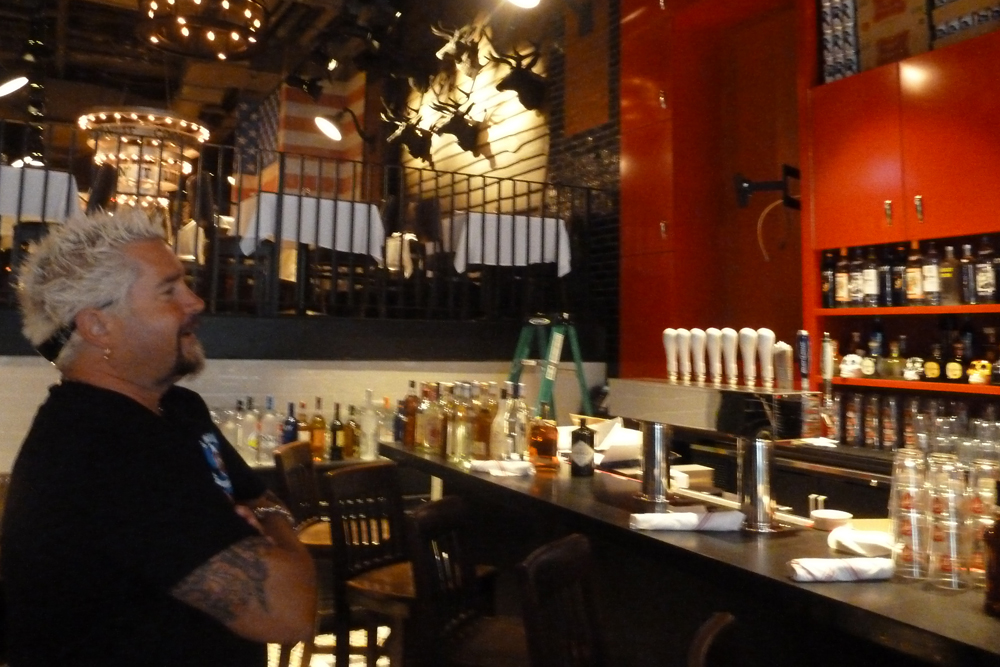 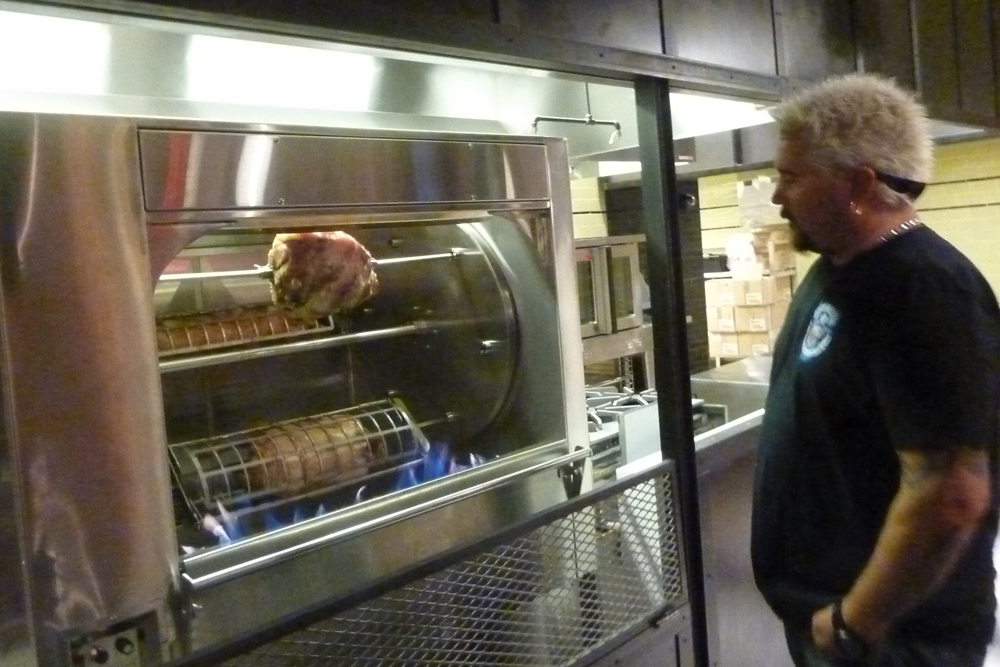 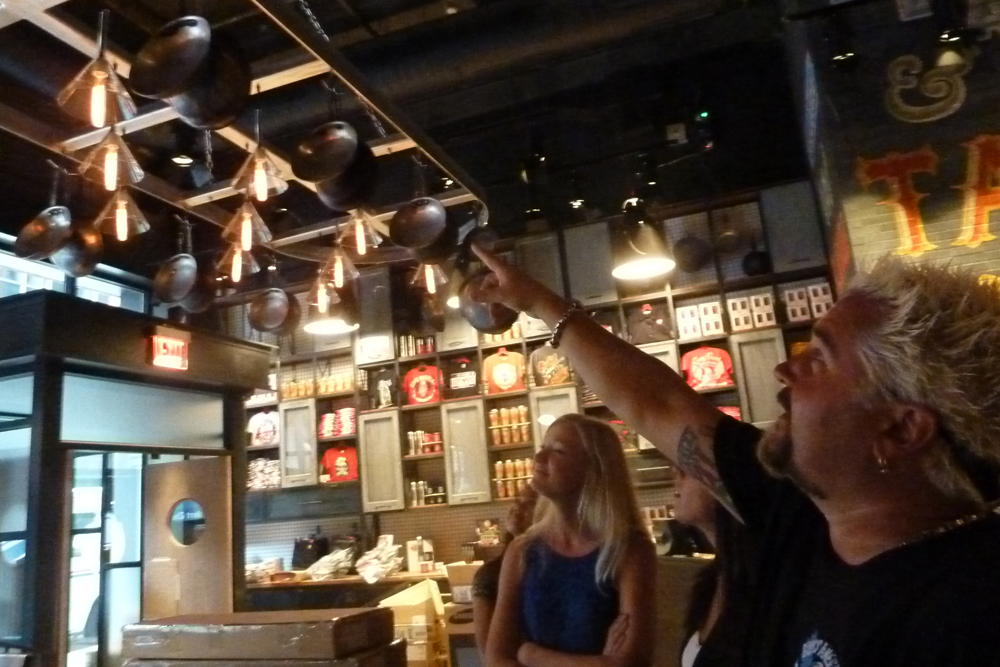 Pots and pans on the chandelier?! 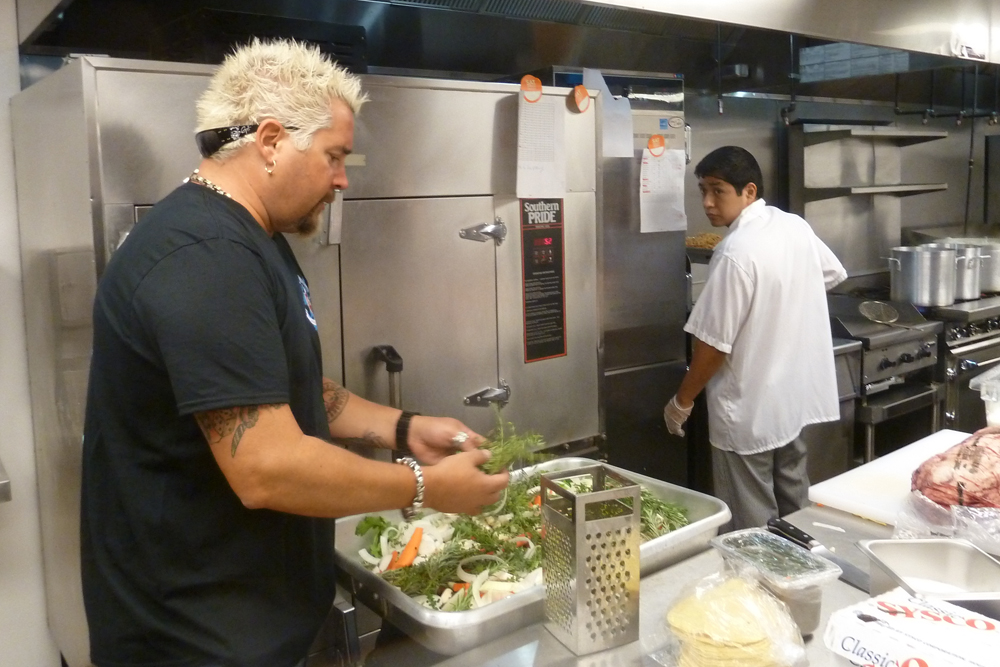 Guy talking to the prep kitchen staff about rosemary sprigs. 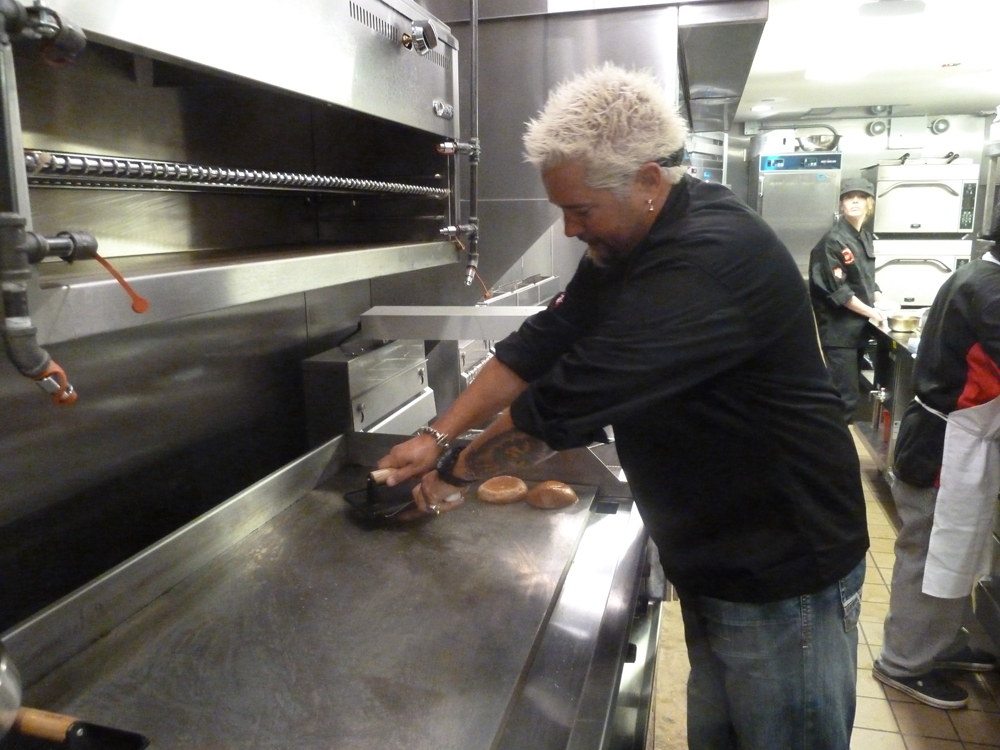 Guy making a burger. No joke: the restaurant is working with a custom Pat LaFrieda patty. 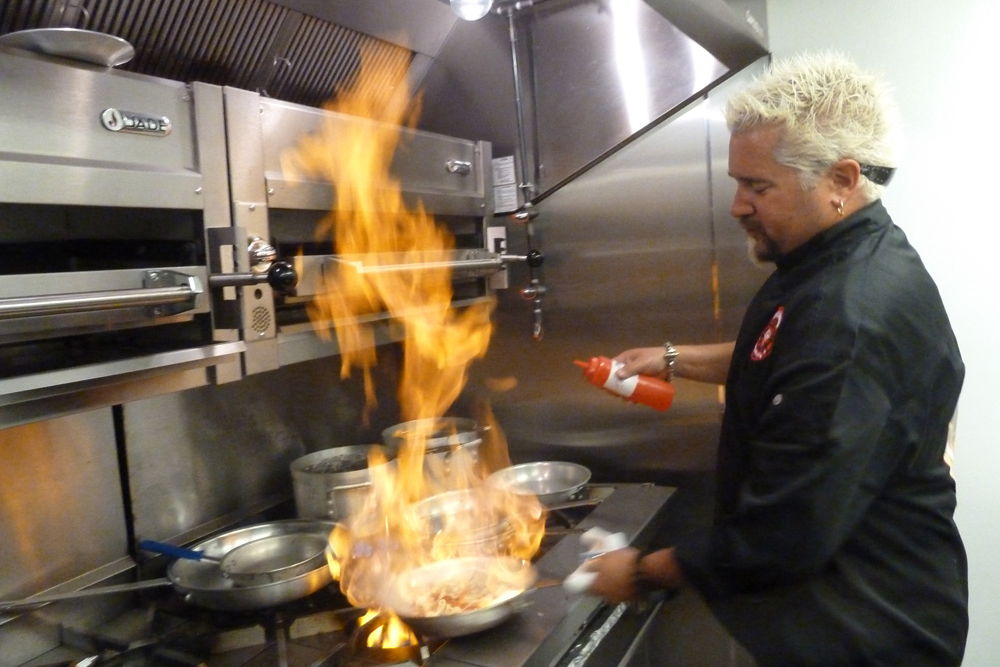 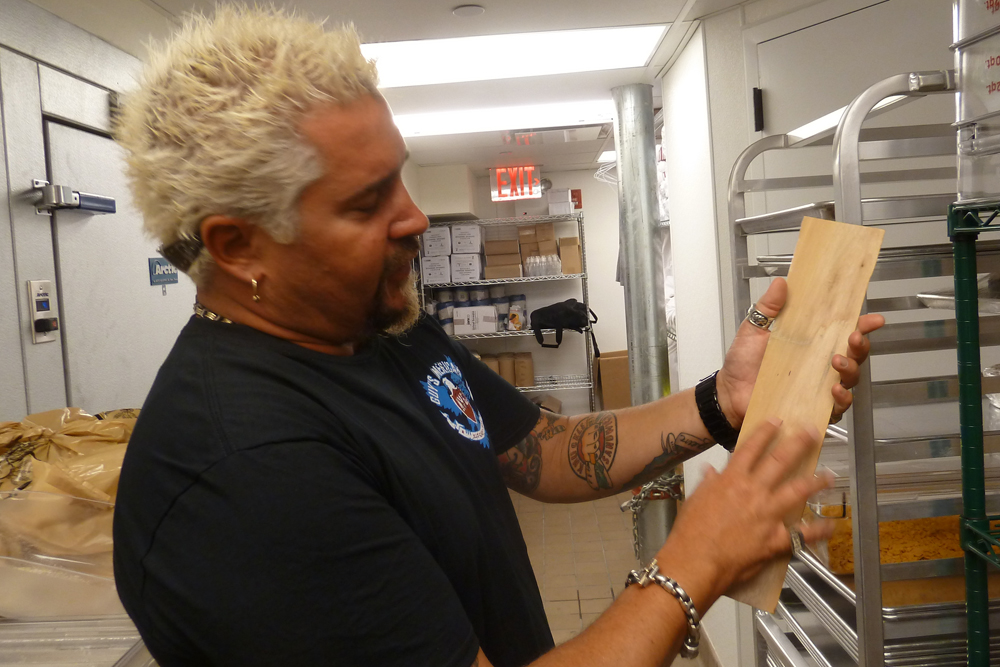 Cedar plank (for the salmon).

She opens Sunday.
All Coverage of Guy's American Kitchen and Bar [~ENY~]