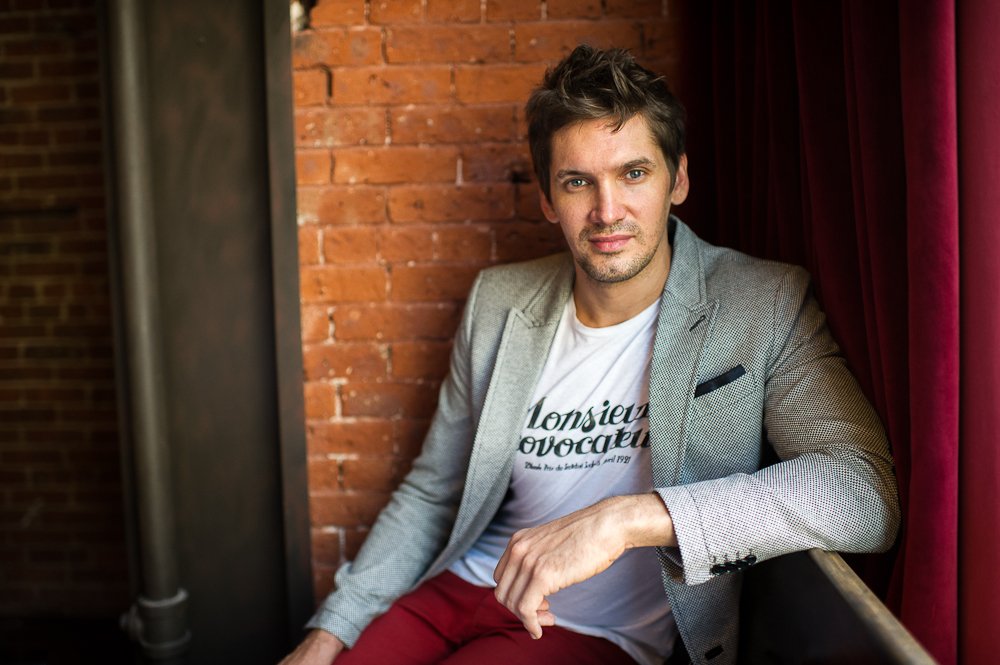 Parisian bartender Nicolas de Soto has been to 54 countries and bartended in nine of them. He's currently the head bartender at Experimental Cocktail Club Lower East Side, the latest in a very successful chain of cocktail bars that began in Paris and is increasingly popular in London. De Soto opened all three. In this interview he talks about the New York palate, how cocktail culture in New York compares to London, and why there's nothing wrong with complicated cocktails.

How would you describe the New York palate for cocktails? The New York palate is sweeter. I am not saying super sweet as in drinking Coca Cola sweet, but balance in drinks in New York is different – it leans more toward sweet than, say, London. When I moved to London I found the cocktails to be incredibly dry. For example, the first I had an Aviation at Montgomery Place I thought, "Did they forget something in this cocktail?" If you go to Milk & Honey in New York and you have a drink that has ¾ oz. simple and 1 oz. lime, that same drink at Milk & Honey in London will have only ½ oz. simple. So, the drinks are just sweeter here, but they're well balanced. I think too often in France the drinks can be too sweet and in London too dry.

What makes New York's cocktail culture unique? First, New York is the place where a lot of things start. The classics revival started at places like Milk & Honey. All of the ice trends come from here. The speakeasy trend started in New York. It's the birthplace of a lot of good ideas that are then reproduced around the world. London is also very good and I can't say one is necessarily better than the other. London goes deeper sometimes; there is more risk taking. New York really is about perfection of the classics—you see that at Sasha Petraske's places. You aren't going to see rhubarb syrups or anything. It's about four-to-five-ingredient drinks.

Do you think part of this interest in perfecting and working with the classics stems from the modern American bartender reconnecting and paying reverence to this country's deep history with cocktails? Yes. And they were really the first to do it. If you look at all of the modern classics, they all come from American bartenders. The Little Italy, and all the twists on the Manhattan like the Carroll Gardens and the Greenpoint — they did it perfectly here. In London the drinks are less connected to the classics. It's more from scratch.

Are you seeing some of the New York trend toward more dressed-down, casual bars with great drinks in London, or is it still more upscale? In London hotel bars are big, but here you don't go to the Carlyle Hotel or Campbell Apartment because they don't pay attention to drinks like they used to. Here the trend is speakeasies and dive bars that make good cocktails. In London they are big about hotel bars and service, so some of the best bars are in hotels and you have the suit and jacket and all of that. You don't really find tattooed bartenders in London — it's more conservative. I wish that there were more good dive bars in London and better hotel bars in New York.

How was it opening ECC in New York compared to London and Paris? In Paris it was very easy because there was nothing like it, and we arrived with a New York-style bar and everyone said, "Oh my god!" Really 99 percent of the people in Paris didn't know you could have a good cocktail. In London, we felt like we were stepping into the big leagues, because the scene is developed. New York is a bit different than London, because the scene is also very good, but places open and close very quickly here and people don't care. In London, you have your place that you go, but here there are so many places and there's not the same sort of loyalty. So it's been a challenge, but we've had a good start.

How do you think ECC is unique in the context of the New York scene? We are bringing a European touch. What we want to do is create joyeux bordel (a joyful mess). Joyeux bordel and really good drinks is the heart of our business. On the weekend it's packed and it's a mess, but we want to give great drinks to people in that mess. We want the music to be anything but mainstream. We want to create energy. It's not sitting room only; you don't have to be quiet. You can do that if you come early in the week, sit and have a drink and talk to the bartender, but on the weekends?

How has it been opening next door to The Box? Are you getting any spill over? Not really and we don't want it. It's a nightclub crowd and we don't want to mix. We don't want people who have been rejected from The Box coming over for a vodka soda, you know? So we pay attention to that.

Favorite cocktail bars in NYC? Death & Co and Milk & Honey. That's easy, but it's because they are the best and with Milk & Honey, there's only one bar in the world like it.

What ingredients are you excited about right now? Sherry. I am a freak about sherry and I could put it in every drink so I really have to control myself. I like the milk punch stuff. The next thing I am going to do with the milk punch is bottle it. I love the carbonizing and bottling in general; I think it's a great trend. If you do it well you can really add more flavor.

Anything you wish we had in NYC that we don't have? A faster way to get to Paris would be nice. But seriously, I wish there were more bars like Booker & Dax and Atera that are taking chances. I see too many new places open and there is no risk. Try a bit harder, you know? Use the kitchen if you are a restaurant. But honestly, it's almost perfect. I chose New York because it's the best city to work in if you're in the cocktail industry.

Last question. I know you are on top of new trends and techniques. Do you ever worry that cocktails are getting too complicated? Yes, it's getting complicated, but why not? It's like saying, "Shake Shack makes a good burger, why go to Alinea? It's too complicated." Why? Because it's interesting. We are getting more and more spirits that are high quality. We have a better understanding the fruits we are working with and the oils. We have more techniques and more tools. Why not use them? It's not for everyone, of course. Personally, I don't believe in using liqueurs—you can create many of those flavors yourself. Just go to Whole Foods, go to the Indian store near Mayahuel. There are so many possibilities. Play around.