Share All sharing options for: The Most Anticipated Fall Restaurants, Beverage Edition

It's the calm before the storm of fall restaurant openings and a fine time to take a look at what we can expect from beverages this season. Here's a look at some of the most anticipated restaurants opening this fall and what to expect from the men and women behind their beverage programs. 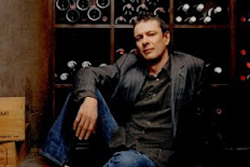 83 & ½
Who: Jean-Luc Le Du
What: A short, affordable list of Old World classics and European-inspired New World wines
Where: 345-349 East 83rd Street
The Deets: Ryan Skeen is back in the game and he's tapped Jean-Luc Le Du, the former Head Sommelier at Daniel between 1994 and 2004, to put together the wine list for his new project. This list will be Le Du's first list since he left Daniel and though the selections will lean on the classics a la Daniel, the list will top out at only 50 selections, most of which fall between $30-60. He says he'll, "Incorporate what's going on with great winemakers without being pedantic," and that a reserve list will also be available with a small selection of wines between $90-300. [Photo] 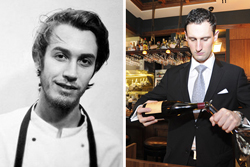 Untitled Rockey and Berselius Project
Who: Eamon Rockey
What: High-brow cocktails, a pairing menu inspired by traditional Swedish combinations and a concise but "serious" Old World wine list
Where: Brooklyn
The Deets: Eamon Rockey, formerly of Atera and Eleven Madison Park is teaming up with Fredrik Berselius, one half of the team behind Williamsburg's Scandinavian pop-up restaurant Frej, to open a yet untitled restaurant in Brooklyn this fall. The beverage program will play off of the flavors and experiences that Rockey encountered on a recent trip to Sweden with Berselius. Expect plenty of intellectual rigor behind the cocktails, which will focus on greenmarket ingredients and a variety of different techniques and experimental preparations. Rockey hopes to open with a concise, but serious Old World wine list to back up what he hopes to be a "pairings heavy beverage program." [Photo, Photo] 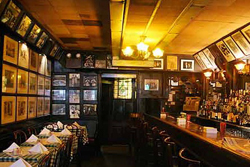 Bill's
Who: Lelanea Fulton
What: If Jordan Salcito's original concept for the list comes to fruition, a recreation (roughly) of the original Bill's Gay Nineties list
Where: 57 East 54th St.
The Deets: The original concept for the Bill's wine list was the brainwork of former Crown wine director Jordan Salcito, who has since left the group to work on a new restaurant project. Salcito's original idea was to recreate the wine list at the original Bill's Gay Nineties, which opened in 1924. Since her departure the wine program has been handed over to Lelanea Fulton, a former floor sommelier under Salcito at Crown. No word yet on whether Salcito's concept will be brought to fruition. Cocktails will be the handiwork of Ben Scorah, who also created the lists at The Lion, Crown, and The Windsor.

L'Apicio
Who: Joe Campanale
What: Value-driven Italian and American wine and beer and Italian-inspired cocktails
Where: 13 East 1st St.
The Deets: Campanale will branch out with a "style-driven" list of both American and Italian wines. All of the wines will be organized by style (crisp, bold, etc), which will allow diners to compare the Old World and the New World in each style category. "More American producers are making wine in the Old World style, so I think it makes for more interesting comparison," says Campanale. The list will also include three Sparkling sections: Grower Champagne, Petillant Naturel (Pet Nat), and Italian and American sparkling wines. Orange wines will also be featured (surprise) along with a list of Italian and American beers, also organized by style, and Italian-inspired cocktails. The wine list will hover around 250 selections and will focus on wines under $100. [Photo] 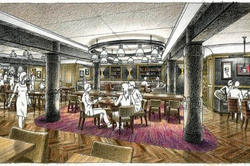 The Library
Who: Josh Nadel
What: Cocktail-centric list with a supporting wine list heavy on grower Champagne
Where: The Public Theater
The Deets: Josh Nadel will be handling the beverages at Andrew Carmellini's new project in The Public Theater (along with Luke Ostrom, Serge Becker, Paul Salmon, Kevin Abbot, and Josh Pickard). Cocktails will be the focus here and they will center on stirred classics. A short wine list, with a focus on grower Champagne, and a selection of craft beers on tap will round things out. Nadel is also at work on Carmellini, Ostrom, and Pickard's new French restaurant at 380 Lafayette, which is slated to open this winter. [Photo] 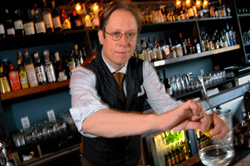 The Butterfly
Who: Hristo Zisovski, Eben Freeman
What: Cocktail-focused list with draft wines and craft beers playing a supporting role
Where: 225 West Broadway
The Deets: Head of Bar Innovations & Operations, Eben Freeman, will be at the helm at Michael White's new cocktail lounge and supper club. Cocktails are the main focus, but Zisovski will assemble a short wine list and will utilize the draft system to pour the new White-branded "Nicoletta" draft wines, created by Gotham Project in conjunction with Zisovski. Meanwhile, Freeman has been working with Lakefront Brewery in Wisconsin to create a custom "Morini" beer. All will be available at The Butterfly, Morini, and Nicoletta. [Eben Freeman Photo] 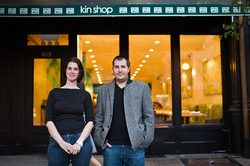 The Marrow
Who: Alicia Nosenzo
What: Mid-size, ambitious wine list with a focus on Germany, Austria, and Italy.
Where: 99 Bank St.
The Deets: Harold Dieterle and Alicia Nosenzo's The Marrow will focus on food inspired by Dieterle's upbringing in an Italian and German home and the wine list, created by Nosenzo, will mirror that inspiration. The whites will focus on Germany and Austria, and the reds will focus on Italy. The balance of the list will come from Champagne, Burgundy, Bordeaux, and California. This is one of the more ambitious wine lists planned for fall with a projected 300-400 labels as well as verticals and a solid selection of large format bottles planned. [Krieger] 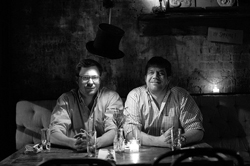 The Third Man
Who: Edi Frauneder, Wolfgang Ban
What: Cocktail-centric with a short list of Austrian and German wines à la Edi & the Wolf
Where: 116 Ave C
The Deets: Chefs Eduard Frauneder and Wolfgang Ban of Seasonal Restaurant & Weinbar and Edi & the Wolf, will be opening a cocktail bar down the block from Edi & the Wolf on Avenue C inspired by the classic 1949 British film The Third Man, set in Vienna. The décor is early 20th-century, reminiscent of the renowned Loos Bar in Vienna. The wine list will be brief and focused on Austrian and German wines and cocktails like the Secession (Gin, Water Melon Juice, Lime Wheels, hint of Kosher salt, agave nectar, thyme) will focus on fresh juices. [Krieger]
· All Wine Coverage [~ENY~]