Share All sharing options for: Work Is Nearly Complete on Terroir Park Slope

Signage is up for Marco Canora and Paul Grieco's fifth Terroir wine bar. The guys recently tweeted an image of their planned menu (minus some "font issues"). In addition to a ton of cheese and charcuterie options, expect items like a pork blade steak from the "cool stuff that you must eat" section, and a duck ham and hen of the woods panini from "the best panini in all of Brooklyn" section.

The blog Here's Park Slope scoped out the space this weekend. The bar will have 16 beers on tap, and the space should seat about 65 people, total. If everything goes according to plan, Terroir Park Slope could open as soon as this weekend. Check out a picture of the menu below. 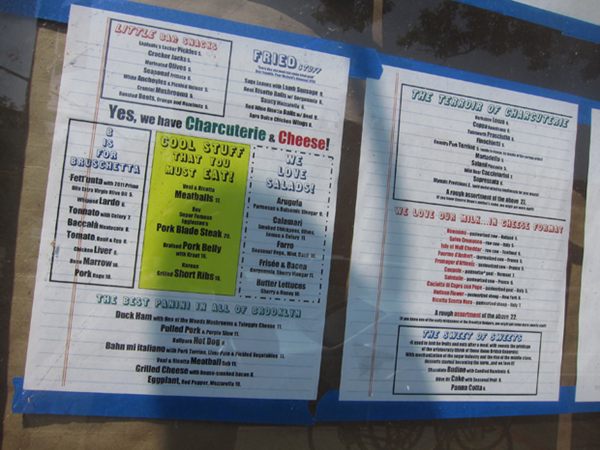