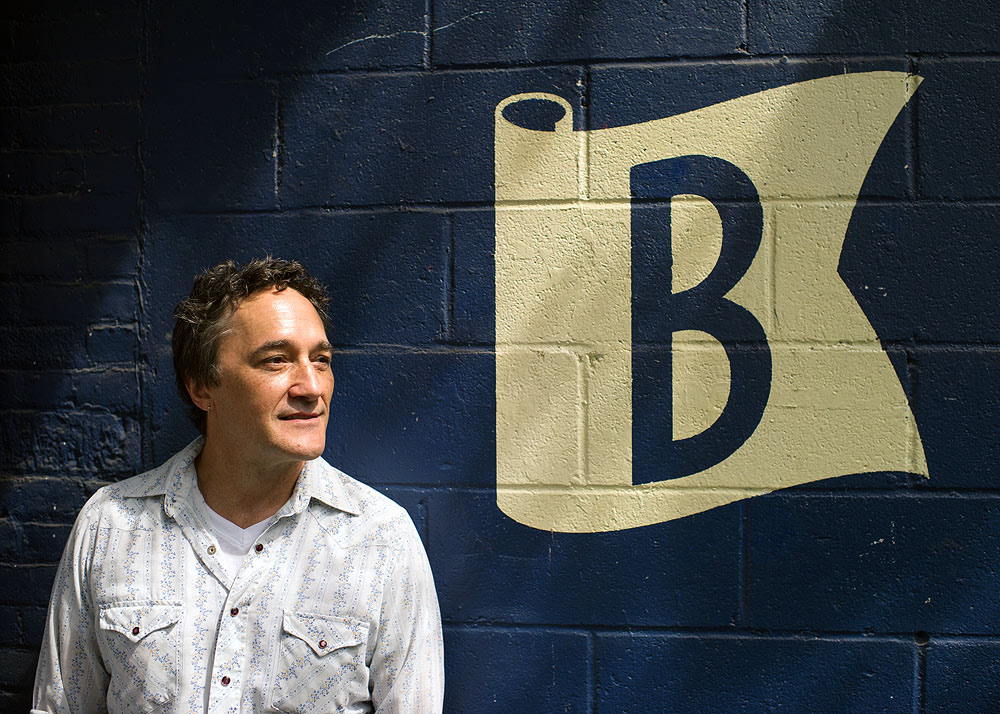 Tom Richter met Dan Greenbaum, the bar manager at The Beagle, at the second incarnation of the John Dory Oyster bar where they both trained under Sasha Petraske. Richter eventually joined Greenbaum at the The Beagle as the head bartender, and he's also the "formulist and chief bottle-washer" at Tomr's Tonic, where he makes small amounts of his proprietary tonic syrup. In this interview he talks about what's next for Tomr's, how his palate has changed, why he loves sherry, pairing cocktails with food, and the new incarnation of The Beagle.

So let's talk a little bit about Tomr's Tonic first. How did you decide you wanted to make tonic syrup? In all of my years bartending the gin and tonic has always been the most ordered drink. Around 7-8 years ago all these new gins were coming out, but almost of the tonic was really crappy. So I got inspired and started searching through tonic recipes and I made a bunch. I never loved one recipe but I like elements of several, so I started blending and I finally found a balance that I loved. It's been the same ever since.

Do you have any plans for Tomr's Tonic beyond the original blend? The next thing I am planning on doing is a line of "terroir" tonics. Where you get the chichona bark, which supplies quinine, is really important and I want to express that. So, I'll take the bark from the same type of chichona tree in different places in the world, keep the recipe the same and swap in the bark so people can really see how different the tonics are depending on where the bark comes from.

There's plenty of evidence, in both food and cocktails, that consumers have become more accustomed to bitter and intensely savory favors. How has this impacted you and your approach to cocktails? As we as individuals develop and our palates become more sophisticated we are more interested in bitter and move away from sweet. I saw it happen to me and I am seeing it happening everywhere. Four years ago, I thought negronis were disgusting, and now that's my go-to drink. The negroni was the hottest drink of the year last year. It's like America's palate is becoming an adult, finally. It's exciting. And the savory thing. Look at sherry. Sherry is the next big thing that's going to explode. And we're really focusing on it at The Beagle.

So let's talk about sherry at The Beagle. Sherry cocktails have been cool for a number of years, but they continue to be a trend. I know it's a huge passion of Dan's, but how did you guys get into it there? It developed single-handedly because of Dan. He's been to Jerez a number of times and he's sort of a savant with this stuff. We've reopened with a much wider sherry selection and we throw it in cocktails like crazy. It's like adding instant umami to a cocktail. And the different styles of sherry make the applications endless from the lightest fino to the deepest Pedro Ximinez and everything in between—it's the perfect "food wine" and very versatile in cocktails.

How do you like to use fino or manzanilla in cocktails? Well, surprisingly, in many of the pre-prohibiton cocktail books, sherry was used quite frequently. Many of these old books say, you know, use sherry here. Sometimes we are digging up these books and using them for inspiration. Fino or manzanilla generally would be used as replacement for dry vermouth a lot of the time.

There was a Times piece on the The Beagle a couple of years ago that was very lukewarm about the cocktail pairings you guys were doing. And that's been a hard thing for many diners to wrap their heads around. What's your philosophy on pairing cocktails with food? I have done a lot of cocktail and food pairings over the last 15 years. That Times writer...I'm so sorry she is so short-sighted and narrow-minded. If she had any sense of food and wine together, how could she not think that cocktails have the exact same qualities as wine? It's just much more intensified and concentrated. I honestly think you'll see a lot more of it.

So what pairing would you give a non-believer to try and convert them? The burrata with braised fennel with a 50/50 gin cocktail, which is 50 percent dry vermouth, 50 percent gin with a few dashes of orange bitters — it's a simple, amazing pairing.

Can you explain the feel of the new and improved Beagle vs. the old? The tables and chairs have been swapped out for banquettes, the cocktail list has expanded, and the kitchen has been pared down a bit. It's more about small dishes that go with the cocktails, rather than the other way around. It's more cocktail-centric.

What is your one-sentence pitch on what makes the Beagle unique from other NYC cocktail bars? We're doing really crafted cocktails, but we don't ask you to worship at our bar. Second, we have a great sherry selection and we are using it in drinks whenever we can.

What is your favorite cocktail on the new menu? The Pisco Punch. We're using gum syrup in the drink, which is this old, sort of rare ingredient that adds awesome texture to the drink.