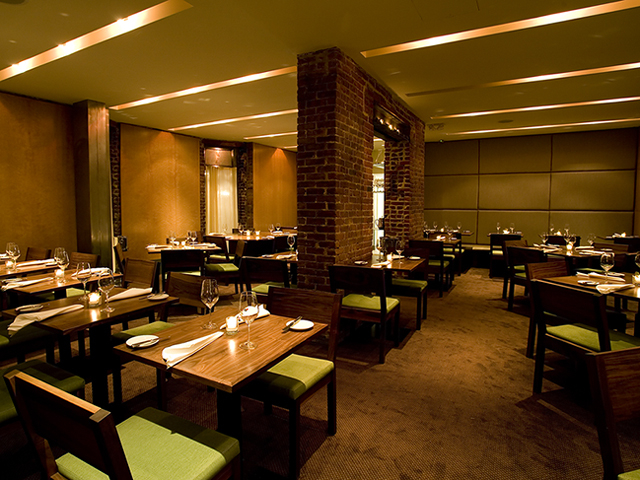 When Eater first took a look at the Dovetail wine list back in August 2010, it was edgy in the context of the UWS, leaning on wines from the likes of Gravner, Henri Milan, and Domaine de la Charmoise, among others. In the two years since, the list has washed some of the bleach out of its hair and stopped wearing eyeliner. There's more Bordeaux, bass-thumping California cabernet, and a grip of Guigal.

Upon first glance, part of the list suggests that Wine Director Amanda Reade-Sturgeon may have had a philosophical change of heart. But it turns out many of the changes had very little to do with her. In fact, they bring up an issue not often discussed when speaking about the makeup of a wine list: there's almost always someone else involved.

So if all of the Sine Qua Non and the verticals of Lafite, Mouton, and Latour—three of Bordeaux's first growths and three of the most expensive wines one can buy—don't look like they feel at home on the list, it's because Reade-Sturgeon didn't exactly invite them over.

"All of the Bordeaux, all of the expensive CA wine, all expensive Burgundy, and the Guigal—those are all additions that one of our investors wanted to make to the list," says Reade-Sturgeon.

While she is gracious and accommodating by nature, she worries that the list has become more inaccessible and seems far more high-end than she would like it to. The verticals are certainly eye-catching, which is generally the point, but the more off-beat values that made her list so appealing from the beginning are still tucked in between.

The list has also been reorganized by variety, making it easier for a diner to find pinot noir or chardonnay, but far harder for a sommelier to sell other, less recognizable, grapes.

"Wines that might have been labeled under California or Italy, now fall under carignan and gaglioppo, which makes them harder to sell" says Reade-Sturgeon. "Thankfully I like talking about the wines."

In spite of the redesign, she's managed to keep most of the wines she's passionate about, like sherry, front and center. Reade-Sturgeon has always had a large list of sherries and still maintains what is perhaps the biggest by-the-glass selection of the increasingly rare, cult sherries of Equipo Navazos (nine to be exact). She also maintains a list of "Recommended Wines" in different price points and a page toward the back of the list titled "Wines of Value" highlighting some of her favorite wines under $100.

Some of the new additions may not mesh with the point of view of the list, but the wine list still reflects Reade-Sturgeon's skill at creating a list that is both user-friendly and progressive at once.