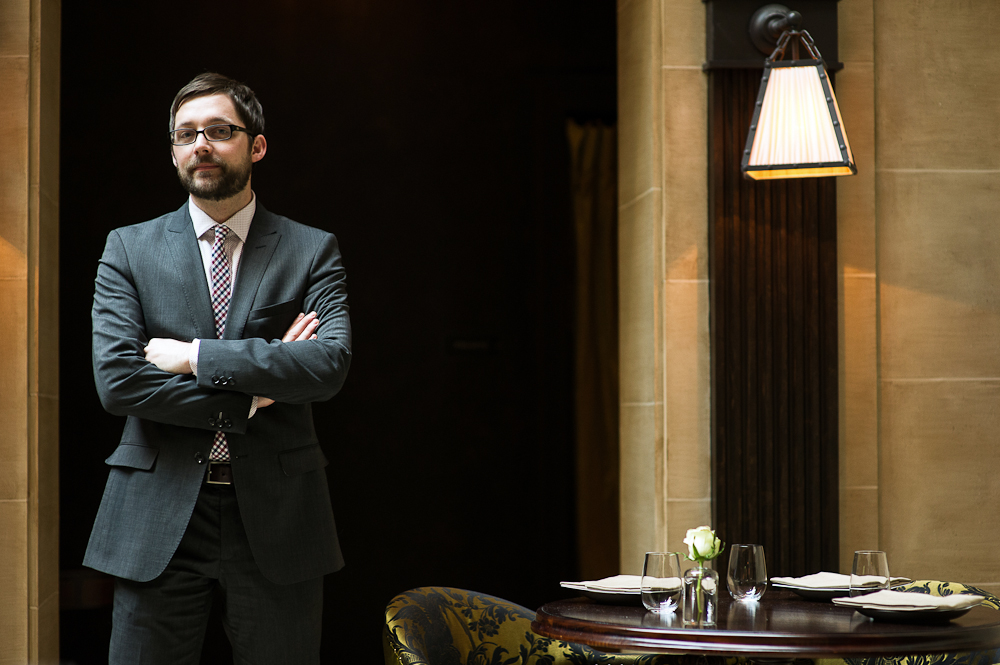 It may seem boring to nominate Jeffrey Tascarella, the host and maitre d' at The NoMad, given that the restaurant does not exactly suffer from lack of exposure. But I've seen him in action at three places: Faustina, Tenpenny, and now The NoMad. The first two failed rather quickly, though certainly not because of him. (Faustina got spanked with a rather mean-spirited one-star review from Sifton; Tenpenny was in an impossibly obscure location, at the back of a hotel.) Tascarella himself is a class act, smooth and assured, who knows how to run a dining room — exactly what a maitre d' should be. At The NoMad, he finally has the hit that he deserves. Someday, when Julian Niccolini retires, I could imagine him at the Four Seasons.
— Marc Shepherd
· All Coverage of Jeffrey Tascarella [~ENY~]
· All Coverage of Front & Center [~ENY~]
· All Coverage of The Nomad [~ENY~]
[Photo: Krieger]