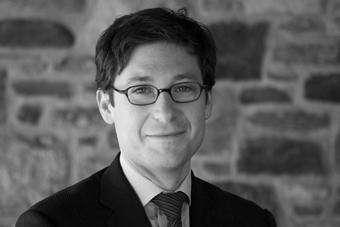 A confession: I am terrified of wine lists. I know a little bit about wine. A very, very little bit. I've got the moves: I've mastered the confident swirl, and the raising of a contemplative post-sip eyebrow while staring into the middle distance. I generally know what's going on once the wine is in my glass: I can pick out a note of petrichor in the nose and exult in some blackberry or horse manure or whatever on the finish. But the list is my kryptonite: I've got only the haziest notion of how what's going on in my mouth connects back to the producers and vintages laid out in a leather-bound binder. Unfortunately, it's an occupational hazard, as a food editor, that when you're dining out with civilian friends, the wine list often lands in front of you. And unless you're at the kind of place that provides useful tasting notes under each of the listed bottles (I love you, Paul Greico), if you're me, there are just two choices: Take a random shot at a pretty-sounding name, or admit ignorance and call over the sommelier.

I universally go with option number two, to near-universal success. It's always baffling to me when people turn up their noses at outsourcing the wine selection to the pros: he knows the list, he knows the kitchen, and he generally knows a hell of a lot more about grapes than you do. I have zero compunction about calling on the sommelier and handing over the reins — and there's nowhere I'm more excited to give up control than when I'm at Blue Hill at Stone Barns, and I can put wine director Thomas Carter in charge.

Stone Barns holds a special place in my heart for being simultaneously really fancy, totally unpretentious, and ragingly intelligent, and Thomas fits right in with that. He's also unflappable, un-stumpable, with an encyclopedic knowledge of the restaurant's 40-odd-page list (terror grips the heart), and he has an uncanny ability to pick up on what exactly it is that I loved about a particular bottle, and deliver another that takes it even farther. His record has been pretty close to perfect through half a dozen dinners, but the real highlight came last fall, two hours into a lazy, celebratory lunch. Having started with a gravely Riesling and gone progressively more earthy from there, we (a little tipsily) threw caution to the wind asked Thomas for "the weirdest thing you've got." His eyes lit up, and not 60 seconds later he was back with a modernist European white (the Matassa 2007 blanc, which I only remember because I Instagrammed it) that brilliantly married a floral minerality with indisputable notes of (I am not kidding) My Little Pony and gasoline. It was brilliant, it was bizarre, and it was — improbably — delicious. Not only that, but it was the perfect pairing for the game course that was about to land on our table. That's true skill. That's why I don't even bother learning how to read the list — it's so much more fun to leave it to the genius of others.