Pok Pok Wing is dead; Pok Pok Phat Thai rises in its place. The pad Thai joint by Andy Ricker, replacing his Lower East Side wingery, opened this past Friday.

As Serious Eats notes, Ricker has long avoided putting pad Thai (otherwise known as phat Thai) on his menus because restaurants and street vendors serving it typically focus solely on that one dish. That's clearly the MO of Pok Pok Phat Thai, which does for the popular Thai noodles what Ricker's previous restaurant in that space did for wings. The restaurant serves four types of phat Thai, one of which is vegan, plus kuaytiaw khua kai, a rice noodle dish with chicken, duck egg and cuttlefish, and hoi thawt, a broken crepe with mussels and eggs. 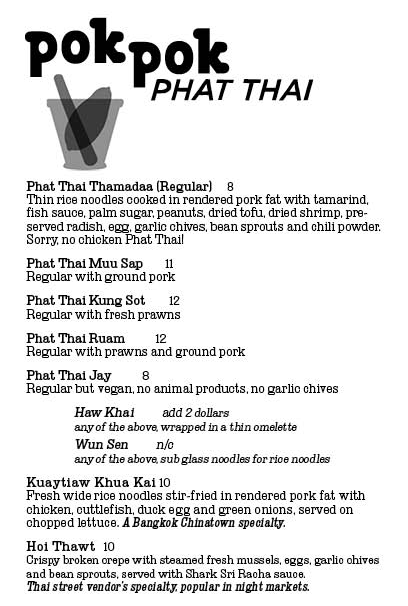 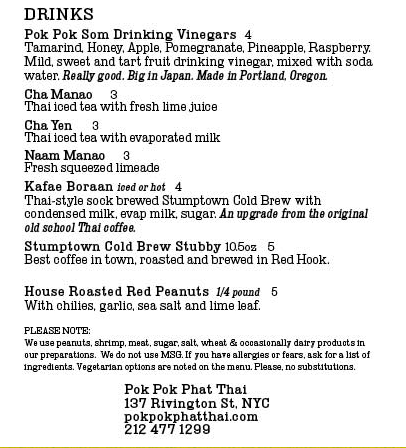