Share All sharing options for: Charlotte & Jim Druckman on Their Favorite FOH People

In some ways, asking those of us who cover the restaurant waterfront for a living who's doing the best job at the Front of the House gives you a skewed sense of things, because, now more than ever, a lot of work goes into making sure that we're the ones who get the most TLC and attention. For all I know, while Roberto Ledoux at Ristorante Bistro is making sure a slice of my favorite tarte tatin has been set aside for me, he's serving other diners stale biscotti and rushing them out the door for a speedy turnover. That's why I decided it was a good idea to ask a REGULAR (double entendre) guy, one Jim Druckman (a.k.a. Dad) who he'd like to give gold stars to. 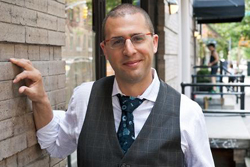 Beverage Director Josh Nadel at The Dutch. I trust in and am always curious about Josh's picks. [Photo] 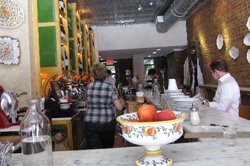 Wine Director, Jeremy Mustakas at Gottino. He's my kind of wine geek, Jeremy is, and it's not because of his spiffy spectacles and bow tie. He is so enthusiastic about his pours, and, if you engage him in conversation, can tell you all sorts of stories about what you're drinking. He left for a while, and I swear, a light went out over there. [Photo] 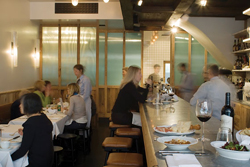 Manager/Bartender/Sommelier Hakan Westergren at I Sodi. Guy was at Union Square Cafe before, so you know he has that HQ schooling. He's always calm, upbeat and thoughtful. The "chief Negroni officer" was also one of the first in town to resurrect that cocktail (he introduced a dedicated menu back in 2008). [Photo] 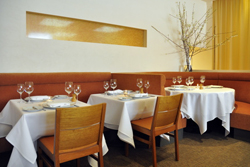 Sommelier Greg Fellows at Annisa. I might be a little biased here, considering, but when Anita Lo and I would meet at her restaurant in the middle of the day to work on the cookbook, Greg would often be messing around with new cocktail ideas and let me sample the results. Cocktails? Annisa? Sleeper hit, my friends. Right under your nose and you didn't even sniff the booze. That bar is one the city's best kept dining secrets ... and, I learned, sipping secrets too. 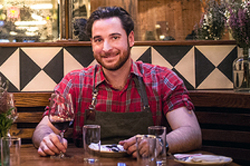 Floor Manager/Bar Manager/Gatekeeper Nick Africano at Tertulia. He's responsible for my new favorite bloody Mary (did you know they roast all the vegetables in that wood-burning oven before pureeing them ... with a bit of anchovy?), and always knows which cocktail the moment calls for. Plus, when one of my friends flagged him down to see if they'd gone to high school together, he graciously let her know this was not the case and that he'd never clapped eyes on her, while sparing her any embarrassment. Nicely done. [Krieger]

By now you probably think I only drink at restaurants. Not true. I just tend to need more guidance in that department and am therefore more likely to strike up a conversation. 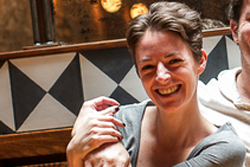 Partner, Pamela Stubbs also at Tertoots. She's often on the welcoming committee and will greet you with a warm, professional smile. You know she's happy to see you, but she's not going to get all loud about it. Sets exactly the right tone on your way to cojonudo bliss. [Krieger] 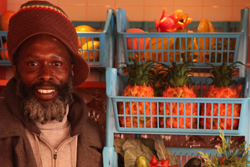 Master/Celebrity Juicer Melvin Major, Jr. at Miss Lily's Bake Shop & Melvin's Juice Box. Melvin never forgets the face of a person he has blended juice for. More than that, he can tell when you need a little spirit-lifting. I walked in on a particularly low day, bedraggled as ever, and he spied me waiting in line. He walked over, put his arm around my shoulder and gave me a kiss on the cheek. Fixed everything. 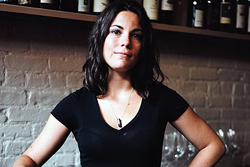 General Managing Partner, Sarah Krathen at Sorella. I'm honestly not sure if it's my general mood when I show up there — I'm usually so excited about being reunited with the broccoli frito and brussels sprouts with apple and bacon — but I'm convinced Sarah shares and/or contributes to my buzz. It's as though she can see how abnormally giddy I am about dinner and doesn't think it's at all weird (or else doesn't want me to feel bad about being such a spaz). [Krieger] 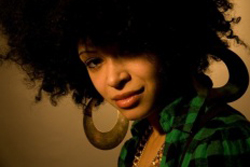 Server, Ann-Sylvia ("Sylvia") Clark at Red Rooster. A professional dancer, she has the best energy, and jewelry. If you look around the room, you might notice that many of the women on FOH duty there are wearing these great earrings. Sylvia designed them. I liked them so much, I went online and bought a few pairs (don't be turned off by the lo-fi website). [Photo]

Jim Druckman: The key to good service is to be friendly, know your customers, not be obtrusive and make them feel welcome, whether it's the fanciest restaurant in the world or the humblest. 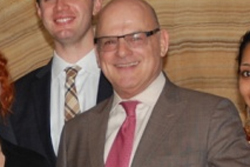 George Barber at Marea is probably the most professional maitre d' that I know. He knows all of his customers by name; greets them; knows who likes to sit where. He was at Milos before and I forget where he was before that. [Photo] 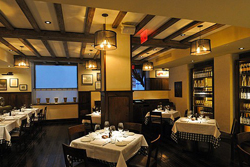 Floor Manager, Irulian Dabbs at Maialino, who usually greets me in the morning when I come for breakfast. She's cheerful, always has something to say and remembers you. She knows her clients and what they like. She's pleasant without being intrusive and that's the sign of a good manager or maitre d' at a restaurant. Speaking of Maialino, Sam Lipp, who was formerly there, is now the General Manager at Union Square Cafe and is as
professional as it gets. 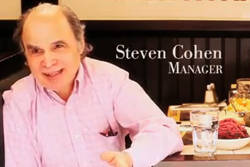 Manager, Steve Cohen at the Second Avenue Deli. He doubles as a professional comedian. It's the same thing. He knows how to make people feel comfortable when they come in. And the old jokes are still funny. 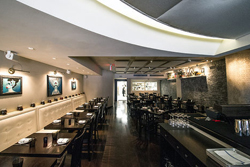 Floor Manager Mary Jane Weedman at Empellon Cocina, who not only remembered me from the Lincoln, but also remembered I was allergic to eggplant. That really was above and beyond.[Krieger]

The best sommelier in the city is, without a doubt, Aldo Sohm at Le Bernardin.

Then there was Duckie at Saigon in Greensboro, NC, a small family-owned Vietnamese restaurant where I go twice a year during the furniture market. He always thought to bring in great California pinot noir, because he liked wine and knew I liked it. They always had it, but he always made sure he had really great ones for me. He's now an accountant, I believe.

And there are numerous servers in good restaurants all over who remember little things like my enjoying Diet Coke with "almost no ice," and bring it without being asked. I guess you could say it's all about personalized service that makes you feel at home, just not necessarily with your relatives.