Victor, the Bartender Who Turns Esca Into Cheers

Share All sharing options for: Victor, the Bartender Who Turns Esca Into Cheers 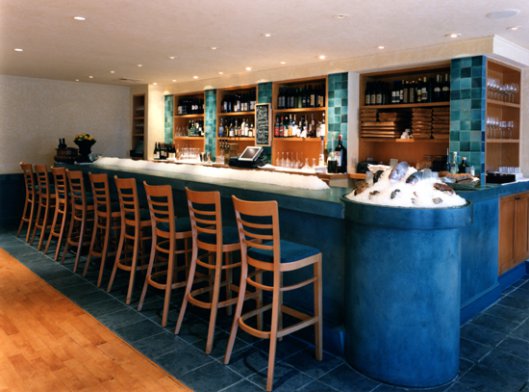 Half a decade ago, working late nights and most weekends at a law firm in Times Square, I first stumbled into Esca on an early night off. I'd seen a photo of their famous linguine and clams somewhere and though I was unprepared for the formality at the door, the dining room, I learned, is almost always fully booked. I was offered the coat check and a seat at the bar.

On the short and stout side, with a grey crew cut and the energy (and memory) of someone half his age, Victor, Esca's immutable bartender, is the quintessential master of ceremonies. If he doesn't already know your name, he'll make sure to learn it before your seat has a chance to get warm. And once that's settled he'll go on to introduce you to the other four or five people sitting alongside you.

Born and raised in the East Village, he loves to talk about the apartment that he and his wife gave up when they needed more space to start their own family. The rent of the apartment they were vacating, in which Vic was raised: $67. His easy-going disposition never waivers, even when discussing the often sorry state of his beloved Mets.

It's impossible to leave Victor's bar without making a few acquaintances, or even friends. Under Victor's spell, any food on anyone's plate is being offered to whomever is sitting on either side of you. Oysters abound, wine flows, arriving solo on a Valentine's Day a few years back, yellow calla lilies appeared for the ladies.

I'd very rarely eat alone at bars before I met Victor. And although there's nobody in town like him, he made Esca my gateway drug; I now only eat at tables begrudgingly anywhere I go. And although the food at Esca is pretty damn good, I now mostly go for the company, watching in awe as Vic does his thing.
—Jasmine Moy
[Photo via L+L Design Studio]