And now, a Shistshow Week review from Max Silvestri: 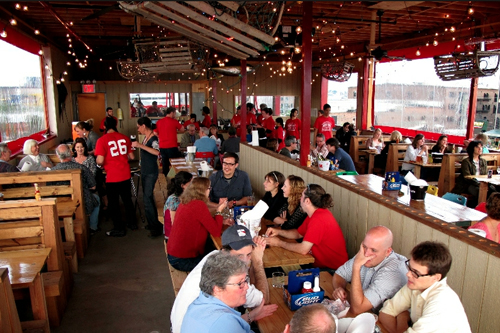 “There was once a dream that was Rome. You could only whisper it. Anything more than a whisper and it would vanish... it was so fragile. And I fear that it will not survive the winter.” Richard Harris said that in Gladiator: Extended Edition, a historically accurate movie that is based off true facts and serves as more of a documentary than a narrative. I think Harris, playing Marcus Aurelius, was telling Russell Crowe that he could save Rome by holding two swords at once and stabbing tigers in the gut to get applause. But ultimately, Russell Crowe did not save Rome. These days there is an Italy and a Vatican but neither controls any part of France or Africa, and honestly, whatever Rome Marcus Aurelius is referring to in the past was probably never that good anyway. That dreamy time still includes slaves, rotten teeth, and urine smells. Was Rome ever as good as that guy remembered it being? No, but that doesn’t mean he didn’t enjoy the free grapes.

And that’s my review of Brooklyn Crab, Red Hook’s new locotourist trap: enjoy all the free grapes, because the magical unicorn that is a cheap, beautiful seaside New England fish shack Yelpers hold this place up against doesn’t really exist.

New York’s food commenter community got its collective balloon knot in more knots when Brooklyn Crab opened: the lines are too long, it’s too expensive, it’s too slow, the food is too medium quality. I’m from New England, and I’ve spent many summer weekends in places like Gloucester, Narragansett, the Cape, Martha’s Vineyard, wherever bros wear faded red pants and lacrosse shirts (“Now Entering: Laxachusetts”). Also that’s not a brag; there’s just nothing else to do in New England except be racist and have bad skin. These warm weather destinations are filled with places like Brooklyn Crab, and they are not better than Brooklyn Crab. They have frozen drinks, cartoonishly small shrimp cocktails, obnoxious sunburned customers, screaming children, long waits, overpriced steamed shellfish baskets, mediocre side dishes, inexperienced young servers, and wooden tables. But they also have great views and an even better energy. The reason people pour into these places is because they feel like summer, even if that feeling doesn’t come cheap.

People seemed to want Brooklyn Crab to be a hidden gem of cheap eats, with nine-dollar pitchers and four-dollar clam strip rolls. I’m not saying that sort of place doesn’t exist in beach towns up and down the East Coast, but it was never going to exist across from a literal super market with its own water taxi stop and around the corner from Brooklyn’s only Ikea. Even in deeper, non-blogged Brooklyn that doesn’t exist. One of my favorite places in the city is Clemente’s Maryland Crab Shack in Sheepshead Bay, and it’s still expensive as shit. You get what you pay for, and everyone should relax.

I spent two hours at Brooklyn Crab and had a great time. We had a fried clam strip sandwich and a steamer basket and jalapeno margaritas and corn and potatoes and a really good Key lime tart and one of those expensive shrimp cocktails and we spent our 45-minute wait watching Olympic diving at the bar as the sun set over the East River. Our waitress was maybe 19 years old and enthusiastically brought us more and more paper towels as we covered our table in food garbage. All the booths have built-in storage of dozens for different hot sauces, a practice I whole-heartedly endorse. The waitress had never heard of a Michelada but after some quick research, excitedly reported it could be made for us. She moved us to a better table when we asked. The night was great. It was expensive, and the food was not life-changing, but Brooklyn Crab is no shitshow. It reminded me of being a kid up in Rockport, and it felt like a perfect summer Sunday night.

But go with friends, because you’ll make none here. The bar and restaurant were filled with yupster trash people and it took three drinks to dull the pain of all their overheard conversations. But also that’s every restaurant now, and you can’t stay in and cook every night, so buckle down. Everyone in the world’s conversation sounds like a nightmare out of context; take deep breaths and try to stay positive, because we will all be dead soon.

Have a great Labor Day!
— Max Silvestri
· All Coverage of Brooklyn Crab [~ENY~]