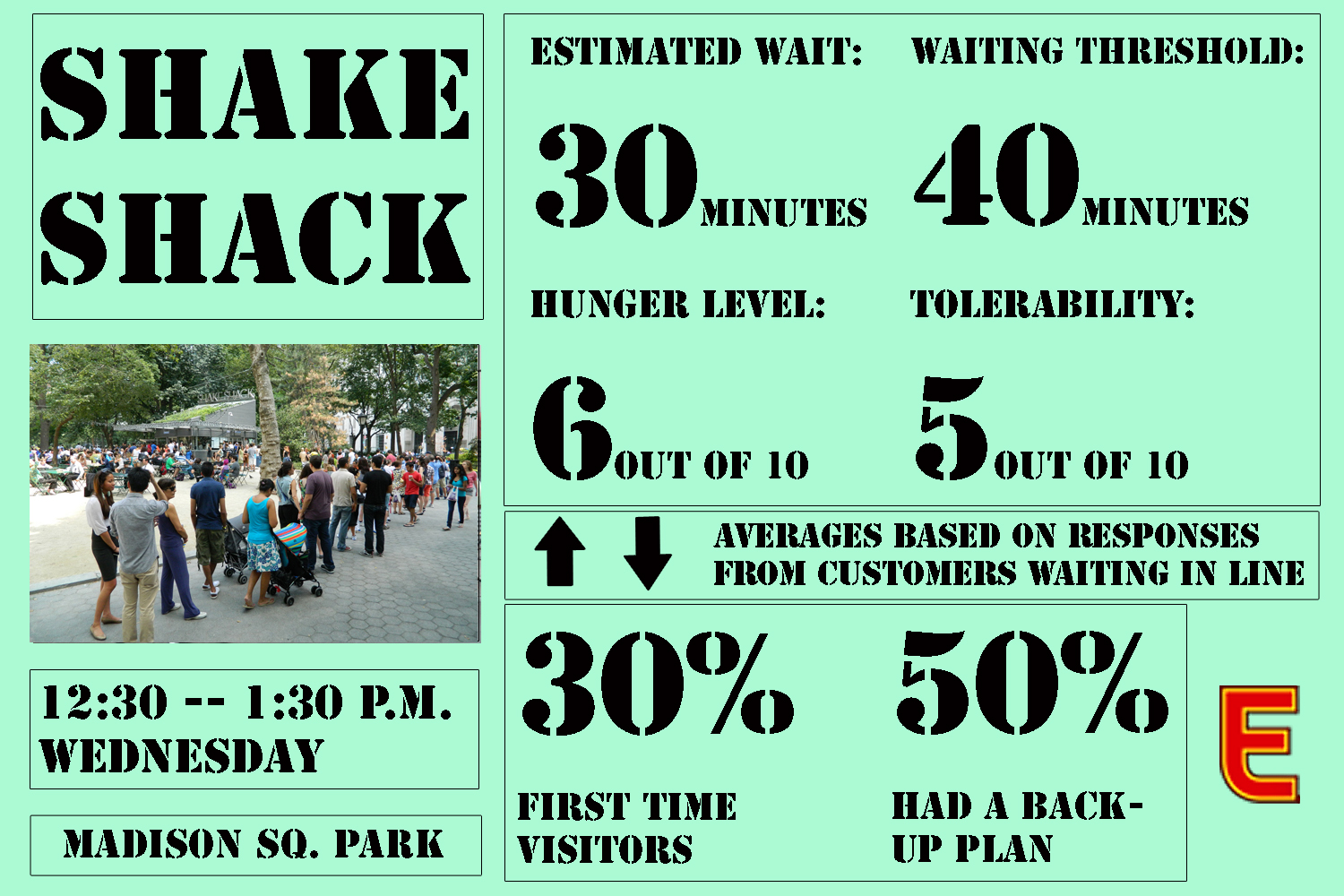 Although the Shake Shack now has six locations in NYC (seven if you count the one at Citi Field), the original Madison Square Park outpost of Danny Meyer's burger chain still draws monster lines at all hours of the day. Eater recently polled people in the Shake Shack line about their waiting experiences. Take a look at the results of the study above, and check out some of their reactions below.

And if you're sick of waiting in restaurant lines, fear not: relief is coming.

What is your waiting threshold?

Do you have a back-up plan?

Mike, 20: "There’s Schnipper’s right there, we go there a lot. Bravo pizza over there, Chipotle is always classic, and Lenny’s, that sandwich place."

Janet, 42: "Yes, my backup plan is to either find a Mister Softie on my way or get a smoothie."

What brought you here?

Tracy, 50: "My son saw the movie Something Borrowed and they got the hamburger from here, and he said to me, 'You have to go there.'"

Frank, 55: "The reputation. They’re also open in Saratoga at the racetrack. When I go there, there’s no line because the upstaters don’t know anything."