Here's a roundup of all the foods news from Eater's sister site Curbed Hamptons this week. 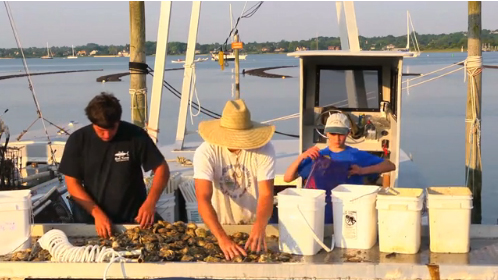 1) Montauk: Check out this behind-the-scenes footage of the Montauk Shellfish Company. "Montauk Pearls" can be found at NYC establishments like Maison Premiere in Brooklyn and The Lobster Place in the Chelsea Market.

2) Bridgehampton: The Great Food Truck Derby, hosted by Edible East End, is finally here. The event kicks off today at 4 p.m. at the Hayground School.

3) Sagaponack: The Old Stove Pub will reopen sometime next week under Tim Salouros, the general manager of Nammos restaurant and lounge. The restaurant was operated for five decades by Coula Johnides and her brother Stephen, but has been on the market for years.

4) Open Thread: Last week's best burger open thread brought in a ton of response. Now it's time to vote for your favorite.

5) Montauk: Surf Lodge has taken a much tamer role in the community since switching owners in April, but manager Jayma Cardoso says she expects to make about 15 percent more revenue than last season.
· Curbed Hamptons [hamptons.curbed]