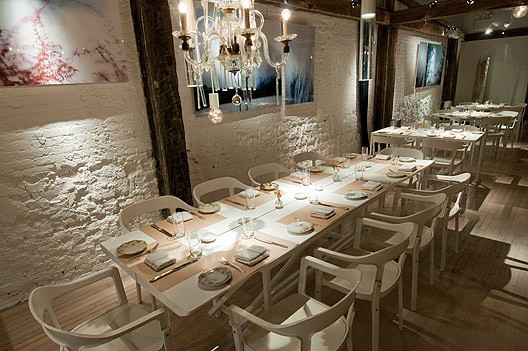 When ABC Kitchen opened in March of 2010, wine director Bernie Sun debuted a list of wines sourced only from vineyards farmed via biodynamic, organic, or sustainable methods. The ethos and ideology weren't exactly novel, but slap the Jean-Georges name on it and it suddenly became a very symbolic list.

Sun has now had time to reflect on what has become a list that owns a more adamant point of view than it did two years ago.

"I am more acutely aware of how hard it is to make these [biodynamic] wines and I am attracted the passion behind them," says Sun. "There is no halfway with these wines."

Sun has since nixed "sustainable" wines from the mix because he finds the definition too vague. The list is currently about 85 percent biodynamic and 15 percent organic, a ratio he admits is harder to maintain than he expected it to be.

"Being biodynamic doesn't mean you're a good winemaker," he says. "It's been hard to create a full list of great wines, especially considering how limited the supply is for many of them."

But instead of conceding his guidelines he's become more inclusive stylistically by playing host to a larger selection of New World wines and some Old World wines made in a more modern style. By casting these producers against a mix of classic and farther-flung wines from the Old World, he's managed to provide a more unique look at just how widespread and cross-cultural some of these farming practices have become.

As for the nitty-gritty, it remains largely unchanged. There's still a consistent grip of good wines under $75 and the mark-ups remain standard. The deep end of the list is well chosen with a few back vintage wines from the likes of La Castellada and Trevallon. If you've got cash and want to go white, the well-edited Champagne and sparkling section, though limited, is worth a gander.