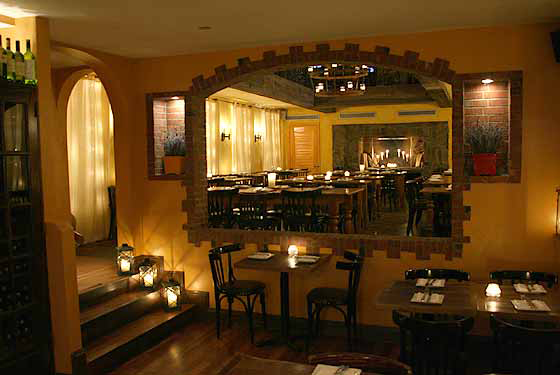 Two years ago Eater called Alta's wine list one of NYC's best kept secrets. But this city is famously bad at keeping secrets, so we decided to check in and compare the wine lists from December 2010 with the wine list from June 2012 to see just how much has been pillaged.

France has seen some damage and the Giacosa Red Label wines at basement pricing are, not surprisingly, long gone. But it turns out Chris Chestnutt, owner and wine director at Alta, is manning a bottomless cellar. With the exception of a few notable deaths in the French and Italian sections, the list remains one of the best places to drink cheap vintage wine, especially in this neighborhood.

Lopez de Heredia is still a stand out, especially now that prices on these wine have risen considerably over the last two years ago. For example, 1970 Lopez de Heredia Vina Bosconia Gran Reserva will run you about $500 around town. Here you can drink it for $205, which is now below retail cost. The same is true for the mark-ups on the rest of the Rioja wines, which wear price tags from $65 to $395.

The Italian section is still flush with deals in the low hundreds like Giuseppi Mascarello's Barolo 'San Stefano di Perno' from 1999 at $115 and Giuseppe Rinaldi's Barolo' Cannubi' from 2001 at $129. But the top shelf isn't the only draw. You'll still get much more for $75 then you will at most restaurants in the area.

So, unlikely as it may seem, Chesnutt's list has managed to escape the ravages of NYC's wine crowd and remain largely intact.