After just six months in business, Basque newcomer Mercado on Kent has closed, with plans to reopen with a new concept later this fall. A tipster spotted this sign in the window of the restaurant over the weekend, which explains the move. Their OpenTable account has been deactivated, and no one's picking up the phone.

The restaurant opened with Adrià-apprenticed chef Peru Amandoz in the kitchen, but he left the restaurant in January. The owners quickly installed a new chef, Mikel Treviño, who rejiggered the menu, and they also opened a bakery and market space below the restaurant. But Mercado never really caught on with the critics, and they were operating without a liquor license for several months, which is not a great thing if you're a tapas bar.

This has been a rough couple of months for ambitious Williamsburg restaurants. Check out the full signage below. 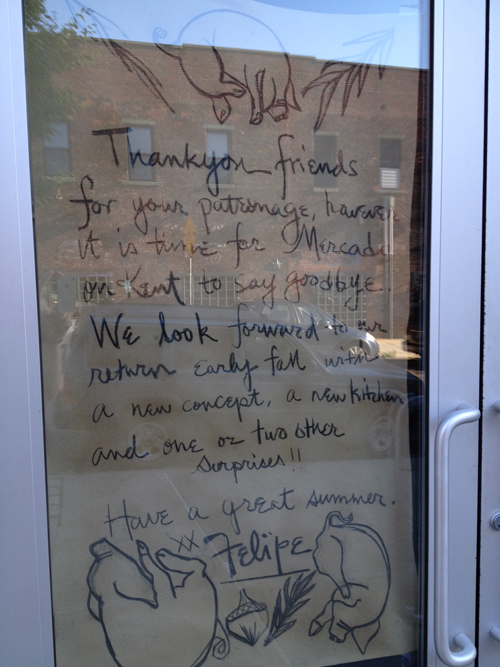 · All Coverage of Mercado on Kent [~ENY~]