Share All sharing options for: A Guide to New York's 'Secret' Ramen Shops

There are a lot of great ramen restaurants in this city. But if you're looking for a noodle operation that is under the rader, hidden, hush-hush, or on the DL, look no further than this guide to some of New York's "secret" ramen spots. 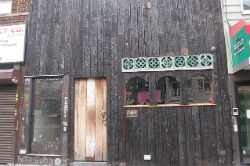 No Name Bar
Where: 597 Manhattan Ave.
When: Nightly from 6 p.m. until 3 a.m. or when the kitchen runs out
What: The nameless Greenpoint bar recently started serving noodles out of its lower level. Patrons are instructed to order at the bar and then bring their ticket downstairs to Lindsay Salminen (Pies n' Thighs, Diner) who operates the small but efficiently run kitchen. Salminen has been offering one or two types of ramen each night in addition to snacks like hard boiled quail eggs. [photo] 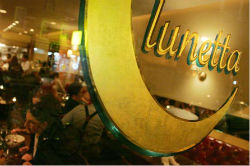 Lunetta
Where: 116 Smith St.
When: Dinner service on the full moon
What: Every full moon, chef Adam Shepard turns his Italian restaurant into a ramen joint for one night to appease fans of his former Japanese restaurant, Taku. Ramen service will be on hold through the summer but look for its return in September.
[Photo]

Ramen Sanshiro
Where: SEO Japanese, 249 E 49th St.
When: 11 p.m. to 3 a.m. or when the kitchen runs out
What: At 11 p.m. each night, sushi restaurant SEO Japanese morphs into Ramen Sanshiro and serves two kinds of ramen, salt and soy. The ramen incarnation is cash only and serves until the broth runs out which could be as early as 1 a.m.
[Photo] 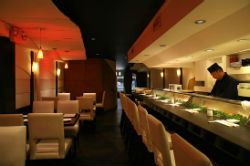 Tsushima
Where: 141 E 47th St.
When: Wednesday and Friday lunch
What: At first glance, Tsushima looks like your standard Midtown sushi restaurant. They serve an Edomae-style sushi menu Monday through Sunday night and a reasonably priced lunch menu on weekdays. But the time to go is noon on Wednesday and Friday when the chef has 30 bowls of ramen prepared for lunch service. If you're one of the lucky first arrivals, you'll get a bowl of Shio ramen, a salad, and a rice dish for around $14. It's worth getting there right when the doors open, because they're usually ramen-less by 1 p.m.
[Photo] 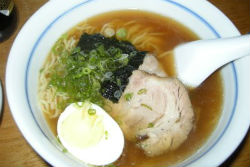 Tsukushi
Where: 300 E 41st St.
When: After 10 p.m.
What: Another late night changeover, this Omakase-only Japanese restaurant begins serving ramen around 10 p.m. when the dinner rush dies down. They only serve one thing — shoyu ramen — but they do it well and will fill your bowl until 2 a.m.
[Photo] 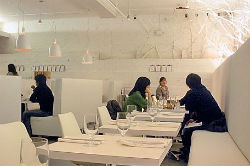 1 or 8
Where: 66 S 2nd
When: Friday and Saturday 12 p.m. to 2 a.m.
What: This two-year-old Williamsburg sushi restaurant has been praised for its inexpensive and authentic Omakase menu. But if you're looking for ramen after midnight in Brooklyn, look no further than 1 or 8's late night menu. The chef offers a selection of snacks until 2 a.m. on the weekends including a killer ramen option that changes depending on his mood.
[Photo] 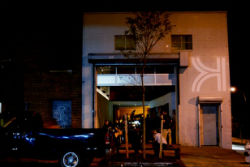 Yuji Ramen
Where: Kinfolk Studios, 90 Wythe Ave.
When: Thursday - Saturday 6 p.m. to midnight
What: It's not really a secret anymore, but Yuji is tucked in the back of a bustling bar/gallery and is only open three nights a week, which makes it one of the more elusive ramen joints in town. Yuji serves a lesser seen brothless species of ramen known as mazeman in several extremely flavorful options like bacon and egg and spicy tuna.
[Photo]