Here are seven very talented chefs who currently aren't in New York City kitchens but probably, thankfully soon will be. Nominate other candidates in the comments. 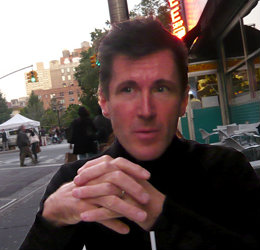 
Since leaving Chicago's L2O (where he earned three Michelin stars) and moving to New York, the lauded French chef Laurent Gras has done various guest dinners and made the rounds at festivals and functions. He has not, however, settled on a space or concept for the restaurant that he intends on opening.

In a recent Eater interview, the chef did hint at the fact that whenever he does open something, it's going to be haute: "I think in a city like New York you need fine dining. People want to go out, have good food, be surprised, and have a great experience. If you look at Tokyo or Paris, you have many places for this, with pristine products and pristine preparations. If New York doesn't support that, there is a problem. A real problem. I'm very confident about this."
[Photo credit] 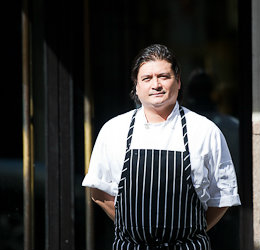 
Back in October, it was announced that Paul Carmichael would replace Tien Ho at Ma Peche, the Midtown Momofuku restaurant he ran since the day it opened. Before Ma Peche, Ho spent four years running the kitchen at Momofuku Ssam Bar, a time during which the restaurant earned three stars from the New York Times.

Ho seems to be keeping relatively quiet, save for a recent guest dinner with Andrew Carmellini, and he's getting more active on Twitter. But back when news broke of his departure from the Momoverse, a tipster reported that the chef was looking for both funding and a space on 10th Avenue in the hopes of opening a French bistro.
[Photo credit] 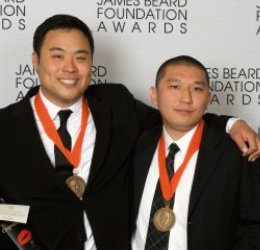 Peter Serpico, who served as director of culinary operations for all of Momofuku and was chef de cuisine and partner at Momofuku Ko, announced in March that he would be leaving the company to "pursue independent ventures."

He'll still be helping team Momofuku as they open in Toronto over the summer, but after that...
[Photo credit] 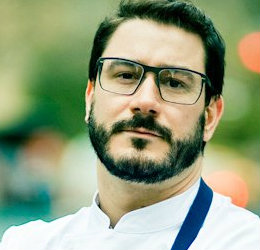 Francis Derby worked in the kitchens of Tailor, wd-50, Gilt, and Momofuku Ssam Bar before opening King at the beginning of 2012. The project got strong early reviews, but Derby left the restaurant only three months after its opening.

At the time of his departure, he told Gael Greene, "I never got the support I needed for the kind of food I do.” No word yet on where he will head to next.
[Photo credit] 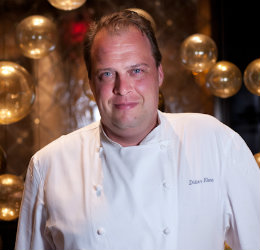 The French chef Didier Elena spent two decades working for Alain Ducasse restaurants across the globe, and in 2010, he landed at Adour in the St. Regis hotel. In February, news broke that Elena was leaving the restaurant, and the Ducasse empire.

Said Elena of the move: "Right now, I am focused on finding the best fit for me in New York and I'm happy to have some time to spend with my family."
[Photo credit] 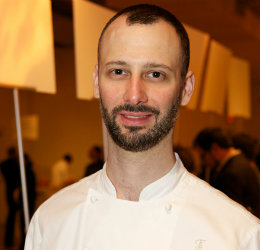 Chef Chris Jaeckle, who was chef de cuisine at Michael White's swanky Mediterranean restaurant Ai Fiori, left the project in November 2011. While Jaeckle ran the kitchen, the restaurant nabbed three stars from Sam Sifton at the Times and one star from the Michelin guide.
[Photo credit] 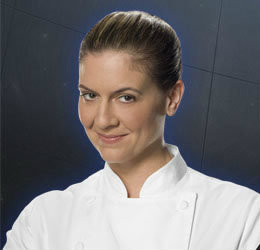 Amanda Freitag, who started at The Harrison in 2008 and worked to "put it back on the map," left the restaurant in 2010. She has remained active on television, appearing on Chopped, Next Iron Chef, and Unique Eats, but she hasn't run a kitchen since she left Jimmy Bradley's Tribeca restaurant.

She wants to, though, and is still looking for opportunities.
[Photo credit]