Share All sharing options for: No More Torrisi Turkey Sandwiches for Yankee Stadium

Over the weekend, several tipsters reported that the famous Torrisi turkey sandwich was not available at Rich Torrisi and Mario Carbone's Parm stand at Yankee Stadium. A rep for the chefs confirms that yes, they are no longer serving the delicious sandwich, but it has been replaced with a new Yankee Stadium exclusive: the "Fresh Mozz." That sandwich is stuffed with house-made mozzarella, marinated eggplant, tomato, basil, and Parm spicy sauce. The meatball parm stays on the menu, and they're still serving the turkey sandwich at the Mulberry Street location of Parm.

One tipster writes in with a theory about why the sandwich was removed: "...the chef at Parm was nice enough to fill us in. Basically, in the offseason, Boar's Head made a stink about being the sole provider of turkey at Yankee Stadium, forced them to take it off the menu...Yankee Stadium has at least 4 different steak sandwiches, I think there's room for two turkey sandwiches." At least one other visitor to Yankee Stadium heard the same story this weekend.

UPDATE: A reader sends in a photo of that new Fresh Mozz sandwich: 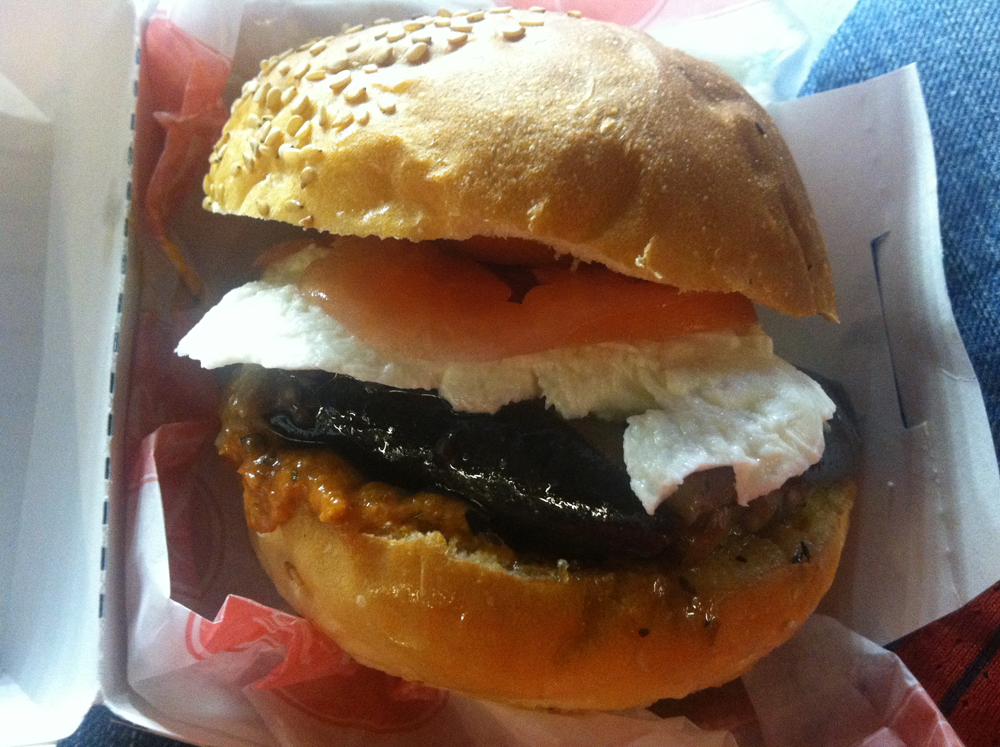 And the new menu: 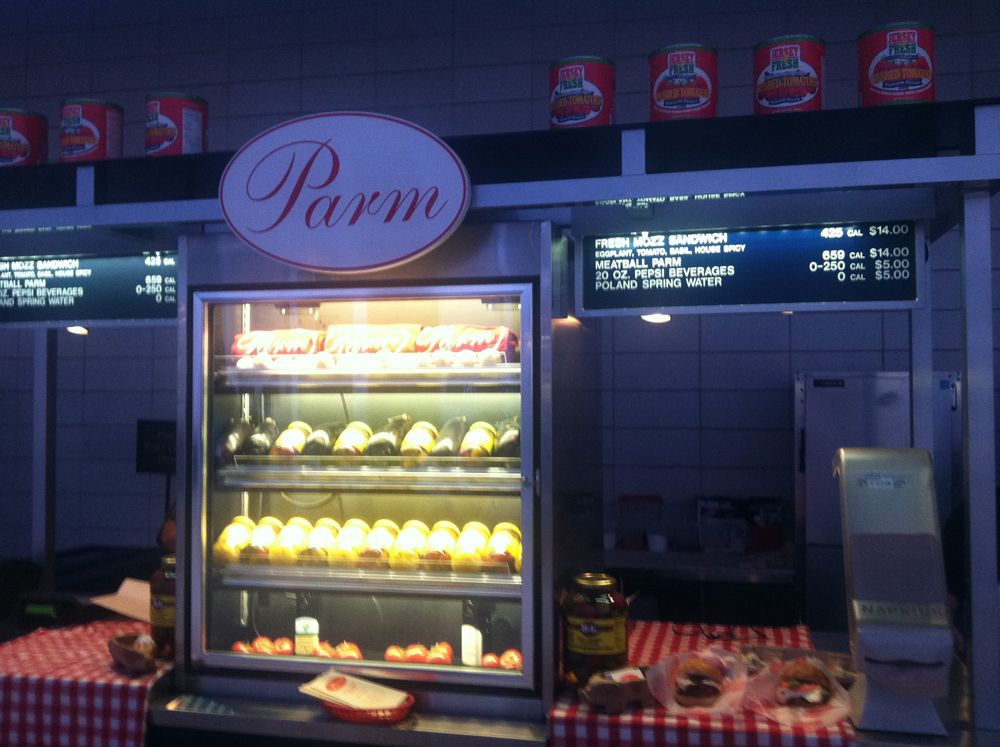