Share All sharing options for: NYC's 10 Most Anticipated Spring/Summer Openings

A few big restaurants have already opened this spring (see: The Nomad, Atera), and there are many more on the way. Here's a guide to everything you need to know about the big spring/summer openings of 2012. 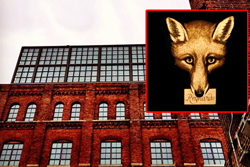 10) Reynards: The new Andrew Tarlow restaurant in the Wythe Hotel in Williamsburg will feature a menu from Sean Rembold of Marlow & Sons and Diner. The space will be much bigger than those restaurants, with a cafe area in the back, an outdoor patio, an open kitchen, a main dining room, and plenty of windows all around. Expect market-driven American fare, with plenty of specials, just like at Tarlow and Rembold's other two hot spots. Eater Projected Opening Date: May 1. 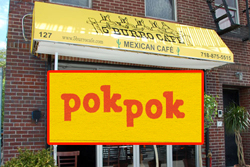 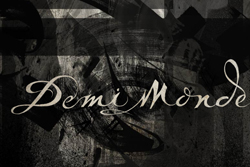 8) Demi Monde: This is the project that the FiDi has been waiting for: a cafe by day brewing coffee from LA's Handsome Coffee Roasters, and a nightclub/restaurant by night serving drinks from Death & Co's David Kaplan, and food from Vandaag alum Phillip Kirschen-Clark. Eater Projected Opening Date: June 15. 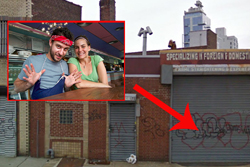 7 & 6) M. Wells Dinette/M. Wells Catamaran Steakhouse: Husband and wife team Hugue Dufour and Sarah Obraitis are hard at work on two new Long Island City projects, both of which will be located within a few blocks of the space that once housed their beloved Quebecoise diner M. Wells. The dinette will takeover a space inside of MOMA PS1, and the menu will feature Dufour's riff on cafeteria food, including bento box-style lunches to go. The steakhouse will serve "European-style" cuts of meat with sides and sauces, with a lower price point than most meat restaurants. (They're also going to build a catamaran in the dining room.)
Eater Projected Opening Dates: May 25 for M. Wells Dinette, August 1 for the steakhouse. 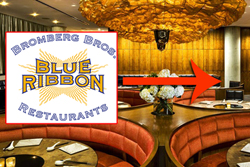 5) Blue Ribbon Sushi Izakaya: The Bromberg Brothers are expanding into the former Shang space inside the Lower East Side's Thompson Hotel. The new project will be a hybrid of Blue Ribbon's original concept and its two sushi-centric spinoffs, offering an eclectic mix shared plates, sushi, and fried chicken. This has the potential to be one of the great new late night hangouts on the LES. Eater Projected Opening Date: May 10. 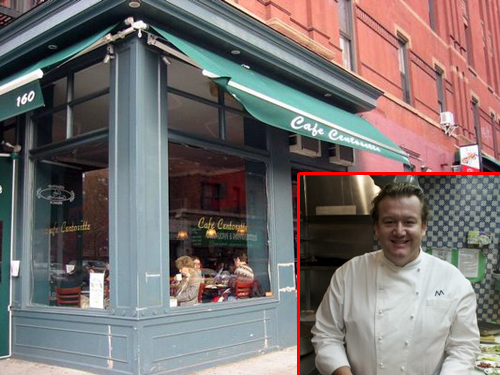 4 & 3) Nicoletta and The Butterfly: Next month, pasta prince Michael White will unveil his first ever pizza restaurant, Nicoletta, in the former Centosette space in the East Village. The pies won't be textbook Neapolitan style — more a hybrid of Neapolitan/American/NYC — and they'll be topped with mozzarella made in Wisconsin and sausage made in house. No slices, but delivery will be a big part of the plan. And, a few months later, White will also open his first non-Italian concept, The Butterfly in Tribeca. This project is being pitched as "a mid-century style cocktail bar with a supper club feel." The menu will include some Midwestern favorites like cheese curds and brats, plus classic and modern cocktails by Eben Freeman.
Eater Projected Opening Date: May 7 for Nicoletta, August 25 for The Butterfly. 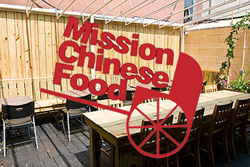 2) Mission Chinese Food NYC: One of the most talked about San Francisco restaurants is headed for the tiny, oddly-shaped Rhong Tiam/Bia Garden space on the Lower East Side. Chef Danny Bowien says that the menu will be similar to the west coast original, and that many of the cooks from that restaurant will work in the kitchen here from time to time. Bowien's "Americanized Oriental Cuisine" uses the best ingredients around, and many of his dishes have interesting but unfussy presentations. Eater Projected Opening Date: June 1. 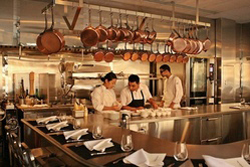 1) Brooklyn Fare Manhattan: Cesar Ramirez's trailblazing fine dining restaurant is spawning a sibling on 39th Street between 9th and 10th avenues. The new location will feature a chef's table that will offer a fine dining-style menu just like at the Brooklyn original, although the space will only seat about ten guests (as opposed to 18), and there will be fewer courses on the menu. Ramirez plans to split his time between both restaurants. The space will also feature a grocery store component and another more casual restaurant.
Eater Projected Opening Date: July 27.