Editor markup for Casa Enrique. This is only visible in the story editor.

Earlier this week, the owners of Bar Henry and Cafe Henri opened their first Mexican restaurant , Casa Enrique, in Long Island City. The idea for the project was inspired by the fact that the restaurant group's executive chef, Cosme Aguilar, grew up in Mexico and knows the cuisine of the Chiapas region very well. His brother, Luis Aguilar, is also the general manager here, and some of the dishes on the menu are versions of recipes that the Aguilar Brothers inherited from their mom.

The menu includes several tacos (2 for $8) and light seafood plates to share, plus larger entree portions of things like chile rellenos, pork pozole, skirt steak with roasted peppers, and chicken enchiladas — most entrees are priced in the mid teens. Right now Casa Enrique only serves aqua frescas, sodas, and coffee drinks, but beer and wine is on the way.

The space is clean and somewhat chic, with about nine small tables in the back and one communal table up front, and there are plans to open up a backyard space soon. The restaurant is located just a block and a half away from the Vernon-Jackson stop of the 7-Train, so if you work in Midtown, it's about a five minute train ride away. Take a look at the space above, and check out the dinner menu below. 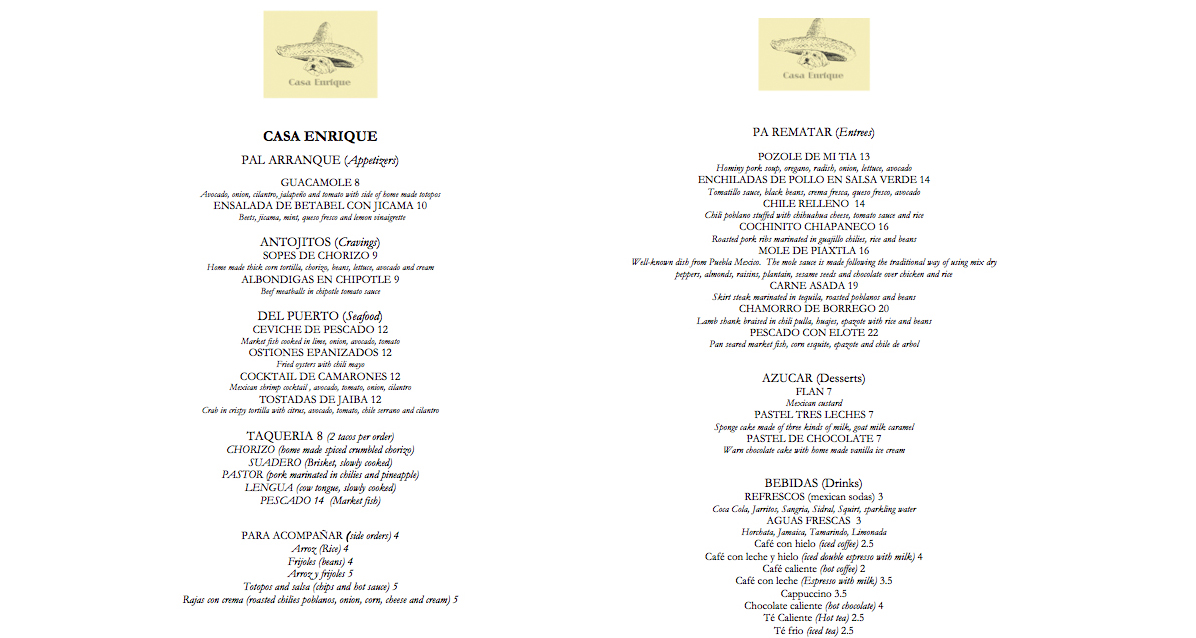 · All Coverage of Casa Enrique [~ENY]