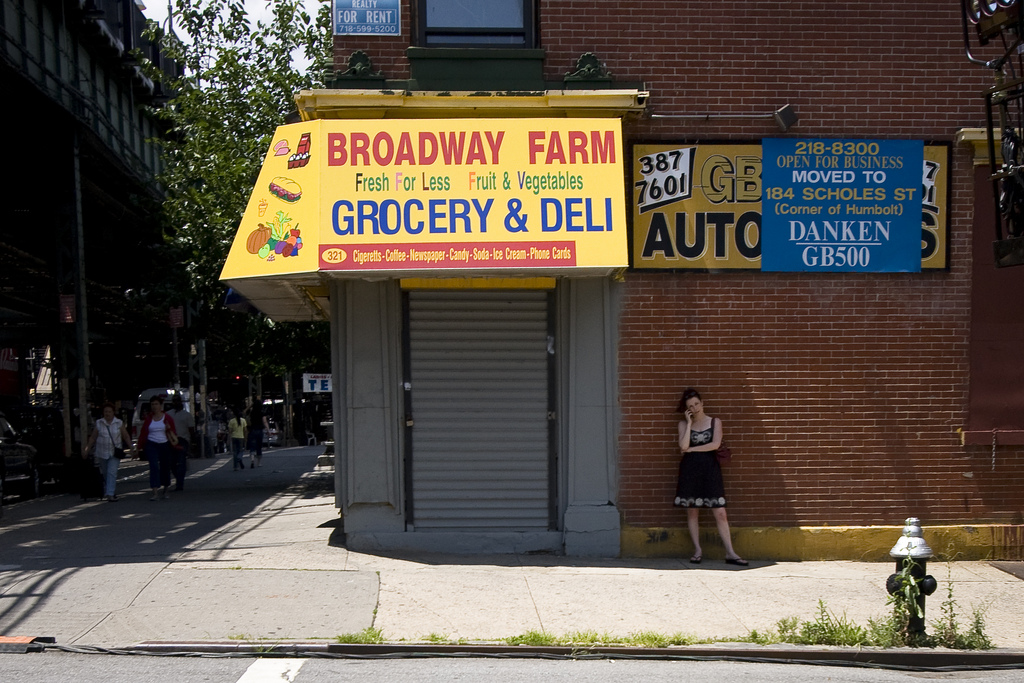 Kate Krader, Food & Wine: "I should preface this by saying that I don't spend a lot of time at bodegas. The one near my house on Smith Street keeps bankers' hours – I don't think they open before 9 AM and they def close by 5 PM. They're great for emergency milk and if I need a banana – especially one that's almost black and has been aging for weeks ? and I think once they were the only place in the whole hood that had graham crackers. But on weekdays you can't get in the door because everyone from the high school down the block is hanging out outside."

Danyelle Freeman, Restaurant Girl: "My favorite bodega is Tehuitzingo Deli & Grocery in Hell's Kitchen. It's a grungy spot with tons of hard-to-find Mexican ingredients and salsas. Head to the back of the store and you'll find two women whipping up some of the best Mexican food in the city. My favorite dishes are the quesadillas with huitlacoche, the Mexican version of truffles, and sopes topped with everything from chicken to spiced pork, tongue, and chorizo. But my favorite day to visit is Sunday because they serve pozole, a dreamy pork and hominy soup with chiles.

"I love bringing people who let me order for them and get it to-go because they don't know what they're eating half the time. Little does my brother know he's eaten goat tripe or pork ear tacos. Sometimes, ignorance is bliss."

Christina Tosi, Momofuku Milk Bar: "The bodegas in my hood are all pretty creepy/lame, but it's fun to play the bodega nacho game late at night. I love the bodega at 2nd Ave. and 10th St. (It is my go-to and was, for many years the source of much of my stressed out, late night inspiration when trying to develop a dessert program with honest style and personality out of thin air at Momofuku Ssam, Noodle, Ko, and eventually Milk Bar.) Another fave is Sunny & Annie's on Ave B at 7th (great bodega pantry items plus KILLLLLLER sandwiches, and you can get Ting, a grapefruit soda). Go-to snack: Depending on the bodega and the time of day, I usually get seltzer water, candy, several little bags of chips, and a pint of Ben & Jerry's. If I'm feeling in the mood to cook, I like to pick up whatever the bodega is selling that is out of my pantry's repertoire: grains, flours, fruit, jams/preserves, coffee, tea, juices, etc. Dominican bodegas are usually the best for it."

Gavin Kaysen, Cafe Boulud: "There is one bodega I go to three days a week on 3rd between 78th and 79th. I go there because when I am walking my 2 1/2 year old son to Kidville he likes to stop there and by his mom flowers, and of course he picks out ones that have fun colors, brings them to the counter, and then looks at me and says, "Pay daddy, pay." I don't really go to anyone for food specifically. I live three blocks from Cafe so there is not much time to eat on that walk."

Robert Sietsema, The Village Voice: "Alas, I live in a bodega-free neighborhood, but when I first moved here, there was a bodega in the ground floor of my building, and a fortune teller, too.

"The bodega was convenient, but the shopkeepers had no idea what to stock. Apart from the front window, it was a windowless and unventilated spot and the owners had no idea what groceries to stock. There was no beer, which is death for a bodega, and the place always smelled of spilled milk that had gone rancid for a few days.

"Nevertheless, milk and ice cream were things you could buy there, and canned goods that included beans and tomato sauce, so I found myself going in there once or twice a week, since the nearest grocery store was four or five blocks away. It was a boon in winter. Nevertheless, one day I went down for a pack of rolling papers and there was a marshall's dispossession sign on the door, and we never saw the shopkeeper again. It had lasted perhaps nine months. We never figured out the ethnicity of the owner."