Editor markup for Bodega Wine Taste test. This is only visible in the story editor.

For Bodega week, Eater asked sommeliers Michael Madrigale and Levi Dalton, both of Bar Boulud and Boulud Sud, to pair six bodega wines and spirits with six bodega foods. Here's how it all went down:

And a note before we get started: Levi showed up to the tasting with a Boar's Head cap, a roll of scratcher tickets, and some (empty) blunt wrappers. 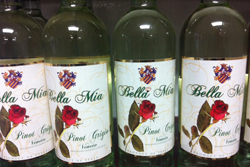 1) Bella Mia Pinot Grigio: Michael: I don't even have pinot grigio on the restaurant list. Oh wow, this doesn't even smell so bad. It has a sort of peachy...I think it smells okay. It's got a peachy, musky smell. Levi: You know those kids pools? The small ones you fill up with water? They smell just like this. Michael: I think It doesn't smell so bad. It smells better than I'd expect. It smells like fruit, like ripe. Like flowers and sweet canned peaches. It tastes dry. It's not as sweet as I'd expect. Levi: I think that's what we call in the business, a "food wine." It tastes better with food. Michael: I bet the Dipsy Doodles would work with that, and the sandwich too. I wouldn't drink it, but it's not the worst thing I've ever tasted. It kind of reminds me of Andre, without bubbles. Levi: It's like oxidized or something. You could leave it, and it would still be a survivor. 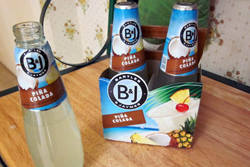 2) Bartles & Jaymes: Michael: See, now this smells disgusting. You know what it smells like? Like a coconut car air freshener. Like you go to Pep Boys, and you buy it on the way out at the register. Like synthetic, fake coconut. Levi: I dated a girl that smelled like this in high school. It didn't last very long. Is this intended to be had by itself, like you're not supposed to mix it with anything? Michael: Yeah, it has alcohol in it. This is definitely for underage kids. Levi: If you want a headache, this is where to go. Dude, you'd have to have so many of these before you even get a slight buzz on. Michael: Your teeth would fall out before you'd get drunk. I'd pair this with the jelly roll, or the Yankee Doodles. Levi: You've got to have a sweeter beverage to pair with a sweeter food, otherwise it makes it taste really rank. There's got to be sweetness in the beverage. 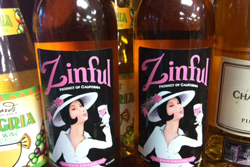 3) Zinful White Zinfandel: Levi: I like my beverages to have stripper names. Ah, okay, a little oxidized juice, tannins, sugar. It's just not fresh tasting. It's like a bruised pear, and then you cover it over with enough residual sugar, that it's hard to notice. I think Zinful has been rode hard and put away wet. Honestly though, bacon egg and cheese, I could see it. 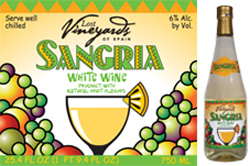 4) Lost Vineyards of Spain White Sangria: Levi: Oh my god. I don't know man. Michael: It smells like watermelon. Levi: The Lost Vineyards of Spain perhaps should have never been found. I don't know who decided to do the treasure map, but maybe next time, don't write it. "Natural fruit flavors." You know, when I see that on my wine, I get a little scared. "Serve well-chilled," it says. A lot of times labels don't give you good advice, but I think that's some strong advice. I think well-chilled is definitely the way to go, if at all. Michael: Here are the ingredients: Spanish white wine, water, sugar, juice, natural fruit flavors, citric acid, and the most important thing, carbon dioxide, so that it just doesn't like explode in the bottle. Levi: This is pretty rough here, but you know, Yankee Doodles. I like a little Spanish-American thing. The chocolate would just knock it out. 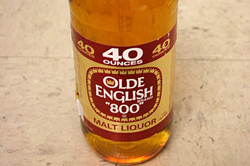 5) Olde English 800: Levi: I feel like Ice Cube right now. Michael: This is what I used to drink in high school. I think this is the best thing here. Levi: Dude, I could drink that with any of these sandwiches. Michael: Yeah, beef patty, turkey, egg and cheese, any of them. Definitely the best. Levi: Honestly, it makes me a little hungry drinking that. I start to salivate a little bit. 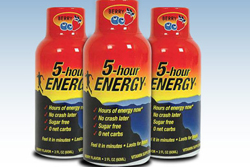 6) Five Hour Energy: Levi: That's like a real bodega drink. We're going to be all jazzed up on the floor! Michael: Looks like a Gertzweiner with skin content. Levi: "Sugar free, four calories, feel it in minutes. Recommended use: Take one half bottle for moderate energy. One full bottle for maximum energy, do not exceed two bottles daily." Mike: It taste like Flintstones Vitamins. Chalky, too. Real gritty.

Overall, which of these is your favorite? Levi: Olde English, by far. Michael: Yeah, I think that's the best. You can pair most of the foods with it, at least the ones that aren't sweet foods. Levi: I wonder what the price point is. I wonder if it offers strong value. Michael: Well, I remember in Boyz in the Hood, it said 99 cents. I wonder if there's been inflation. 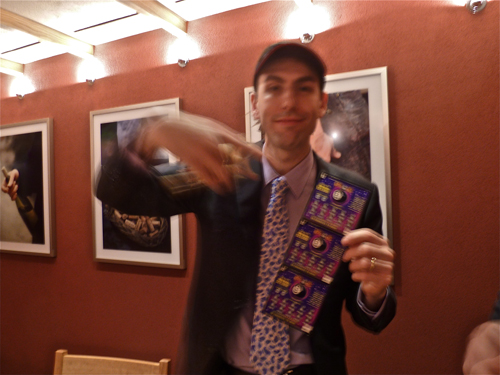