Josh Ozersky on the Highs and Lows of Bodega Dining

Share All sharing options for: Josh Ozersky on the Highs and Lows of Bodega Dining

Throughout the week, food writers and restaurant industry vets will offer their thoughts on the bodega culture in New York City. First up, Time columnist and internet video star Josh Ozersky. 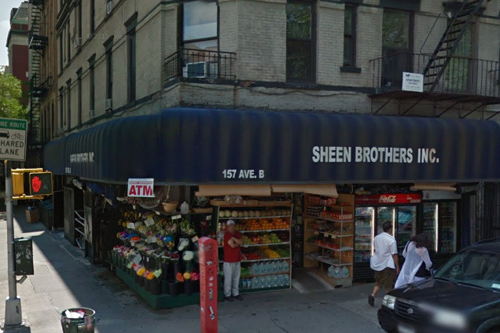 Bodegas, like brothels, promise a paradise, and deliver little more than sadness and an emptied wallet. At least that's been my experience. Here in the East Village, I found a 24/7 oasis of snack foods, flowers, candy, grilled cheese sandwiches – everything a drunken man could want late at night, or a hung-over one on the too-bright morning after. But once you are in there, and hungry, your options are depressingly limited. When stoned, yes, there's nothing I want more than a fifty-cent Zebra Cake, fluffy and sweet and lined with lard, or a big bag of Funyuns. And when I was younger, that was more than enough. So many treats there, and so cheap! Like DOOM says, it's “cheaper than a short stay at the Days Inn / and good like twenty five cent oatmeal raisin.” Spoken like a true bodega shopper! I would bet that DOOM had more than his share of quarter waters over the years, too, those brightly-colored 5 oz plastic grenades of bug juice.

But what if you want something more substantial? Some bodegas have grills, but the grill men pay no attention to your helpful instructions, calling you Papi and going on making grilled cheese sandwiches the wrong way, despite multiple attempts to correct their errors. For some reason they seem to have an almost hysterical compulsion to wrap everything in multiple layers of wax paper, tin foil, and plastic boxes, too, thus guaranteeing that anything you buy will be a soggy mess. At the Sheen Brothers, on 10th and Avenue B, there are bright displays of sandwiches, salads, sushi, and other things nobody wants from a bodega, and top-shelf snack treats like Tate's cookies or Ritter Sport candy bars. But it's late; I'm lonely; I have some money left in my pocket; I want something good! But despite the stocked shelves and bright lights, there's never anything good: and I walk out, empty-handed, amazed that such a place could exist and that I wouldn't be able to take pleasure from it.
— Josh Ozersky