Is This a Bodega?: Williamsburg's Dépanneur

Share All sharing options for: Is This a Bodega?: Williamsburg's Dépanneur

Sometimes it's hard to tell of a shop is a bodega, a convenience store, a tiny grocery store, or something else entirely. That's why all this week, we're going to be asking you, the readers of Eater, to help determine whether or not certain stores are bodegas. 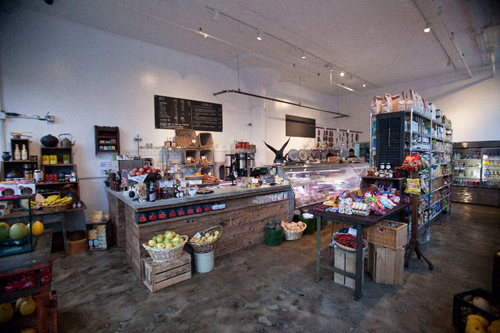 For the first edition of Is This a Bodega?, we have Dépanneur, a Williamsburg store that many, many readers have sent us tips about, claiming that it is the best bodega in NYC. And although it does sell bodega staples like snacks, cigarettes, beer, and tampons, Dépanneur also offers fancy cheeses, locally-sourced hand soap, Intelligentsia coffee, and sandwiches made with fig jam and prociutto. They also keep a blog, and apparently, the owners occasionally publish a 'zine.

Generally speaking, bodegas don't have 'zines or blogs, but we'll put it up to you dear readers: is Dépanneur in Williamsburg a bodega? Vote below.