What Are Queens' Must Try Restaurants?

Share All sharing options for: What Are Queens' Must Try Restaurants?

It's Friday and it's time to hear from the crowd. Have something you want discussed among the fine Eater readers? Send it this way. 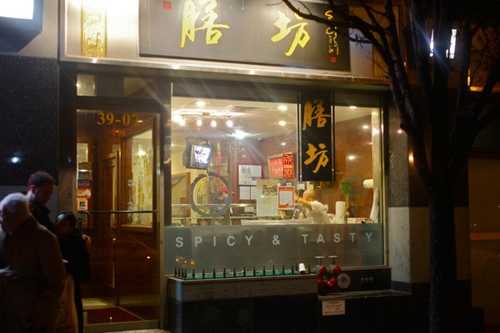 In last week's Friday Open Thread, we addressed a oft-aired Eater reader complaint: the lack of coverage of under the radar gems. It resulted in an epic comment thread, a map, and a thorough list of suggestions.

This week it's time to tackle another complaint, most often reiterated whenever the Eater 38 is updated: that Eater just doesn't know Queens. So today we put it to the readers. What are the handful of restaurants that every serious restaurant lover should try in that sprawling, diverse, so close but oh so far borough? On Monday, the best suggestions from the comments and the tipline will make it onto a map.