Taavo Somer and his crew from Isa have knack for creating warped promotional materials. First, they introduced a magical mystery website, where you can only get to the homepage by clicking on naked dude who is standing in a swirl of psychedelic fire. Following Eric Asimov's critique of the Brooklyn dining scene, they printed colorful menus that depicted "the decline of traditional values." And today, they dropped a flier for a party they're having next week that might just make your eyeballs explode. 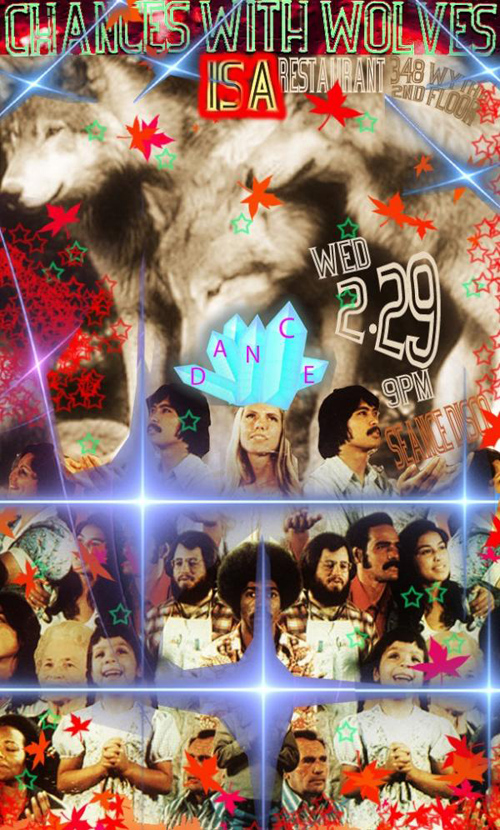