Share All sharing options for: Friends of Eater Offer Headline Predictions for 2013

As is the tradition at Eater, our closeout of the year is a survey of friends, industry types, bloggers, and readers. We've already covered Best Standbys, Top Newcomers, Best Restohood, 2012 in One Word, and the Biggest Dining Surprises of the year, the Best Meals of the Year, and the Breakups. Now, headline predictions for 2013: 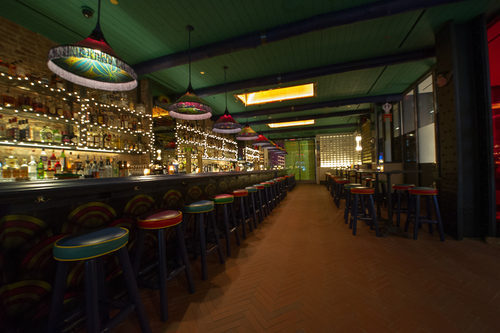 Q: What Are Your Headline Predictions for 2013?
Robert Sietsema, Village Voice critic: Breakfast is the new frontier, and more restaurants will be extending their hours to the forgotten meal.

Gabriella Gershenson, senior editor at Saveur: The year of the baker: Lehamim Bakery from Tel Aviv is opening soon, we already have Eric Kayser, Beurre & Sel, a new Bien Cuit in the West Village and Hot Bread Kitchen's flagship from 2012. It's time!

Kat Kinsman, Eatocracy managing editor:
- Tater tots on every table! (And please don't get all schmartisanal with them. Food service version is fine - feel free to get cute with the toppings.)
- Thoughtful non-alcoholic drink options that won't cause your server to roll their eyes at you when everyone else orders a cocktail
- Southern dishes with actual ingredients from the South in them
- Grain and vegetable-based entrees that aren't an afterthought
- A nutria in every pot! Okay, maybe not that far, but definitely more invasive species and sustainable protein

Robert Simonson, Times cocktail writer: There's an interesting disconnect between what makes liquor headlines and what's really happening in the drink world. You can read 100 articles about the rise of carbonated, bottled cocktails. But, really, that trend, like most you hear about, represents maybe one percent of the bar and drinker population. The huge, unstoppable drinking trends don't get as much ink, because they're not as interesting or likable to the press or the reader. You can talk all you want about how aperitif wines are on their way back. But really that's nothing compared to the number of ludicrously flavored vodkas that are released every year, and how much they sell. There will be more of those in 2013—although it's hard to imagine stranger flavors than the ones they came up with in 2012—as well as flavored whiskeys, which have produced a river of profit for the whiskey distillers.

Levi Dalton, I'll Drink to That: Super expensive, thousand dollar plus bottles of wine will only be consumed BYOB or in private homes. This is basically already the case with New Yorkers. Nothing says "tourist" like spending huge dollars on wine at a restaurant. You know how residents of Milan (and New York!) have fabulous old art in their homes that isn't even hinted at by what you see of their apartments from the street? Wine is now like that, too. Four star restaurant sommeliers in New York currently make the majority of their money consulting for private clients, and that's only going to continue.

Also, wine pairing tasting menus are over. Whether they choose them themselves or not, customers want a bunch of different small courses. Are sommeliers going to pair 20 different one ounce pours? Nope, they aren't. And once you start saying, well, this wine can go with this and this and this, you may as well be saying "get a bottle." It's over.

Ryan Sutton, Bloomberg critic:
1. Jose Andres finally steps up to the plate and announces he's opening up a Minibar, Jaleo and China Poblano in New York.

2. Some very good restaurants that have re-opened post Sandy will nonetheless shutter again.

3. Restaurants Hunker Down for Next Big Storm in Summer/Fall 2013 (We got hit by Irene in 2011 — at least in Long Beach we did — and then Sandy in 2012 — so if you really really think that Sandy was a once in a generation storm, then I've got a bridge to sell you, my friend. No, it doesn't mean we'll get hit next year, but I feel safe saying this will all happen again).