Restaurant Experts Sum Up 2012 in One Word

Share All sharing options for: Restaurant Experts Sum Up 2012 in One Word

As is the tradition at Eater, our closeout of the year is a survey of friends, industry types, bloggers, and readers. We've already covered Best Standbys and Top Newcomers. Now it's time to describe 2012 in one word. Readers, please add your thoughts to the comments. 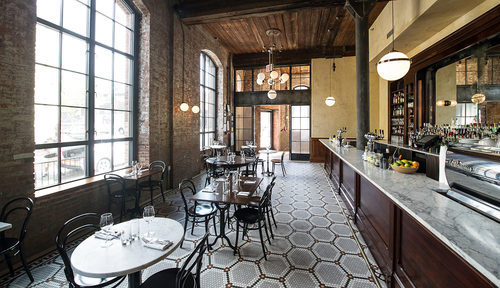 Robert Simonson, Times cocktail writer: Busy. Sometimes it seemed a significant new cocktail bar was opening somewhere in New York every other day. I think we reached saturation level in some neighborhoods somewhere in July. I hope they all succeed, but the realist in me says there's going to be a shaking out sometime soon.

Scott Solish, Eater nightlife editor: Formulaic — A sense that everyone is going for glory using the same playbook as everyone else.

Marc Shepherd, NY Journal: Eclectic. The year's big hits followed no perceptible pattern, except that, thank heavens, diners were ready to be taken beyond the clichés that had overtaken NYC dining for the last few years.

Kate Krader, Food & Wine restaurant editor: Restaurant community. It was absolutely inspiring to see chefs come together to help victims and each other after Sandy. I'm never seen anything like it.