One Last Visit to the Historic Lenox Lounge in Harlem

Share All sharing options for: One Last Visit to the Historic Lenox Lounge in Harlem 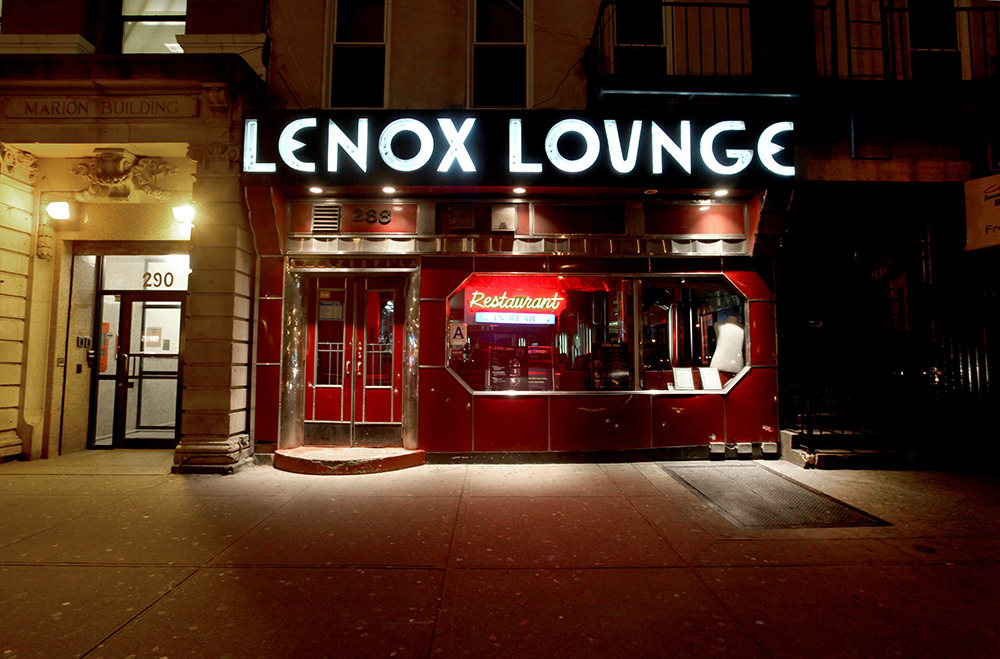 Word has gotten out that the Lenox Lounge will close on December 31. When I visited on a Wednesday night a few months ago, there were a dozen or so attendees taking in the strains of the Nate Lucas organ trio. This past Wednesday, the iconic Harlem jazz joint was wall-to-wall.

There were plenty of regulars. You could tell when they slipped in because Lucas would take his fingers off the Hammond organ for a second to shake their hands or acknowledge a back slap (all without missing a beat, of course). You could also tell the travelers and first-timers as well. They were young, largely white, and had that wide-eyed look of people who have just entered an unfamiliar, darkened room and are waiting for their eyes to adjust. There were European tourists who were not shy with their video camera, and bespectacled, middle-aged, single-beer-nursing ladies in glasses who looked like they had escaped from the library. But mainly there were thin, white guys who had dragged their uncomprehending, blasé dates up to Lenox for a slice of real, get-it-while-you-can New York culture.

Lucas and company took it all in with a shrug, applying their natural swing to a series of Christmas tunes ("I Saw Mommy Kissing Santa Claus," "Rudolph the Red-Nosed Reindeer"). In the second set, they were joined by an also sax man and then, later, someone on the conga drum. The band kept growing. When they launched into Stevie Wonder's "I Wish," the roof almost came off the place. Over their shoulders, passersby on the sidewalk read the framed notices, telling of the Lounge's storied history, that were perched in the art deco, over-shaped window. They peered through the glass, the ash on the cigarette they drew on matching the red neon reading "Restaurant in Rear." About half the tables in that restaurant—the famous Zebra Room—were filled, people getting their fill of fried chicken and waffles, and crab cakes. I sat at the bar and had fried chicken wings, which were not remarkable in any way. But no one comes to Lenox for the food. Certainly, not the well-cushioned woman who sat next to me. I swear she was on the same bar stool the last time I was here. She bought glass after glass of bad white wine, her back to the band. She listened closely to what Lucas was laying down, and moved a bit when the groove was good. But she never turned around to look at them. No need. She's seen them plenty of times.

The bartender served up beers, goblets of red wine, gin and tonics, highballs and an occasional Martini. The cupboards in the back bar behind him were labeled "gin cabinet," "Cognac cabinet," "vodka cabinet." The floor has a trap door as the end, and when the barkeep ran out of anything, he would descend into that netherworld.

Lucas, ending the second set, took a break and headed to the Zebra Room. Some of the newbies filed out; they'd had their taste. Other virgins filed in. The regulars stayed put in the curved banquettes along the south wall. Prime real estate. Hang on to it. Hang on to it while you can.
—Brooks of Sheffield