The Restaurants and Bars of Red Hook After Sandy

Share All sharing options for: The Restaurants and Bars of Red Hook After Sandy

Over the last few weeks, Eater has taken a close look at how restaurants are faring in the parts of New York that were hit hard by Hurricane Sandy. Next up: Red Hook. 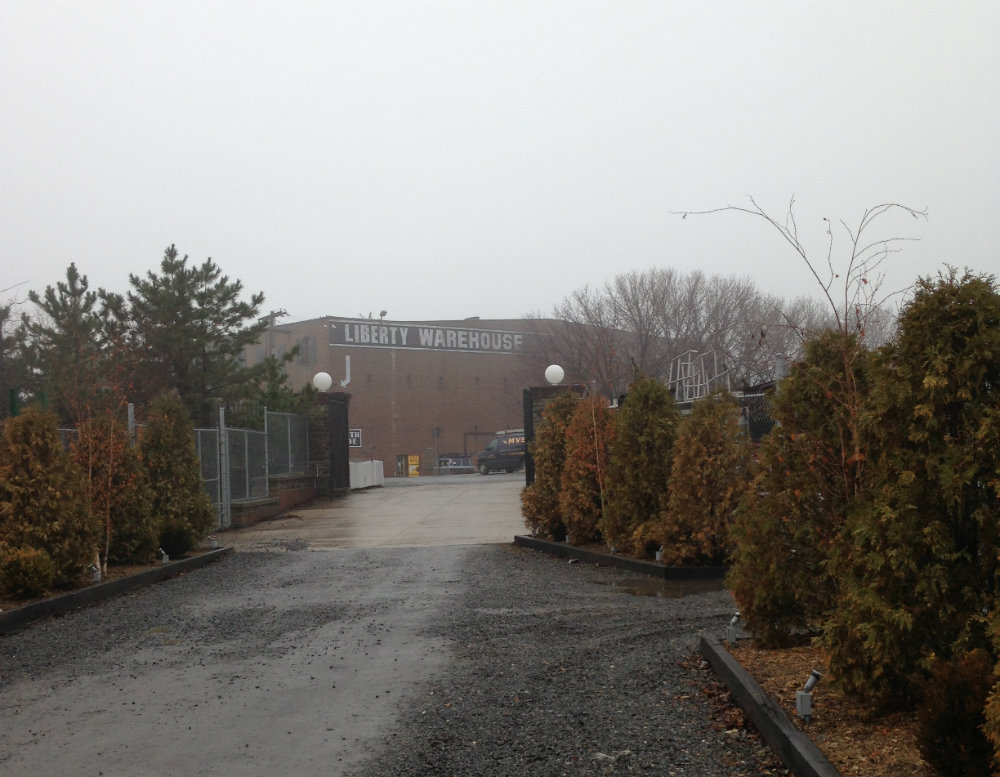 All photos by Gabe Ulla except where noted.

Red Hook was one of the areas most impacted by Hurricane Sandy. Many of the neighborhood's restaurants and bars remain shuttered because of storm damage; they're in the process of rebuilding, with owners and employees working around the clock to clean, restore, and come up with enough cash to get things back to normal. In some cases, they aim to end up even better than they used to be. Some establishments, like Fort Defiance and the Ice House, are back and ready to serve customers. What follows is a status update on some of the area's businesses, from the heavily impacted spaces along the water at Liberty Warehouse, like the devastated Mile End commissary, to the reopened restaurants and bars further inland. This report also includes information on how you can help the affected businesses of Red Hook.

At the Liberty Warehouse

One of the lesser-publicized stories in the aftermath of Sandy is the havoc the storm wreaked on the sleek, 6,000 square-foot commissary that supplies the two Mile End restaurants. "It destroyed pretty much everything," says owner Noah Bernamoff, who had spent over a year getting the place off the ground to make operations go smoother for his small delis in Brooklyn and Manhattan. Not long before the storm, it had gotten to a point where the space could also handle production for catering and special events. Bernamoff was even considering concession opportunities. That's gone.

Not being able to use the facility is a nightmare for production. Smoked meat, Mile End's most popular item, had to go off the menu for three weeks in the wake of Sandy. There was nowhere to make it. Bernamoff finally headed upstate a few weeks ago and started making it there. He explains that his now-small team has to adapt to cooking and prepping within the tiny delis: "We actually have to cut roast beef into smaller pieces to be able to make it in the teeny ovens we have in the shops."

The number of damaged components in the facility is almost too vast to list, and there's a corner in the back Bernamoff has dubbed "the graveyard," where they've placed machinery that may or may not still function. Bernamoff can shake several items on a rack in the back of the space, and they'll still let out water. The floor, in many areas, looks as if a monsoon has recently passed through. Here's another image: on the day Bernamoff came in to survey the damage — 6 a.m. on Tuesday, since he couldn't sleep the night before — he opened the glove compartment of the truck that used to be parked in the back of the commissary. Water came rushing out. "It was like in a movie," he says.

Bernamoff admits to not knowing exactly how to proceed. They've been cleaning for six weeks now, but the lost equipment, the lost staff (there used to be 12 dedicated to the commissary), and the structural damage might make it so that they can't rebuild the commissary the way it was. He says he's considering several options, but that the space isn't zoned for retail and that he's got plenty of catering space competition from the Liberty Warehouse next door.

As other reports have indicated, the Red Hook Winery, next door in lot 235, found itself in a terrible spot after the storm. Right off the bat, 25 to 30 barrels shattered after falling to the ground during the flooding. Now, owner Marc Snyder says that there are 50 barrels left to inspect. "We know that most of them will be damaged or have salt water in them," says Snyder.

On a recent visit to the space, cellar master Ben Nichols was inside overseeing cleanup. He explained that even though the project remains in limbo, winemaking continues.

The winery isn't taking donations but is encouraging those that wish to help to buy their wines. The business is unveiling a new website tomorrow to facilitate that. It will have the same URL as always.

Steve's Key Lime Pie, in Lot 219, experienced flooding that owner Steve Tarpin says was "waist-high," but the business has since reopened. In the two weeks the space was without electricity, Tarpin temporarily lost all of his commercial clients — the business's bread and butter. The clients have all returned, though.

A few problems remain: they still haven't seen SBA loans, and most of the records needed for insurance claims and the like were damaged or destroyed. "If we do have any of them, they're wet," Tarpin notes. And there's basically no foot traffic anymore. Even though it wasn't Steve's primary source of business, foot traffic from the still-shuttered Fairway — which on a good day could bring 3,000 customers — is gone. "The impact is tremendous," says Tarpin, who estimates an 80 percent loss in walk-in customers.

Just outside the confines of the Liberty Warehouse, legendary bar Sunny's remains closed. Francis Kerrigan, the self-described "underboss" of the business, says that "progress has been slow but steady." There are still some "nominal problems to fix," and Kerrigan explains that the team is at the mercy of National Grid, the electric and natural gas company. There's no word yet on a reopening date.

Kerrigan says he "doesn't even want to think about the [financial] losses" at this point. The bar only used to open three days a week, but that still represents close to 20 nights of lost business, so far. There are also missed revenue opportunities from film and photo shoots that used to happen with some frequency.

The bar hasn't cut any of its staff. Instead, Kerrigan and the team have enlisted the help of their "multi-talented" employees to aid in the rebuilding process. Their Kickstarter campaign, which is still very much open for donations, has racked up 316 backers and $26,474. Their goal was $20,000.

Owner Sunny Balazano says he's looking forward to having everyone back "for a big, big party" once the place is ready to re-open. "We're thrilled to be coming back."

The Good Fork remains closed, but owner Ben Schneider says the team is gunning to be back up and running for New Year's. As past reports indicate, the restaurant got rocked pretty badly. "Most of our operations are down in the basement, which was completely flooded," says Schneider. He cites a walk-in as one of the biggest losses in the aftermath of the storm.

As several other restaurateurs affected by Sandy have noted, Schneider sees the situation as as an opportunity to improve the restaurant, which has been in business for seven years. "We're trying to make lemonade out lemons," he says, "so we've done things like renting the lot next door to store things there instead of downstairs." 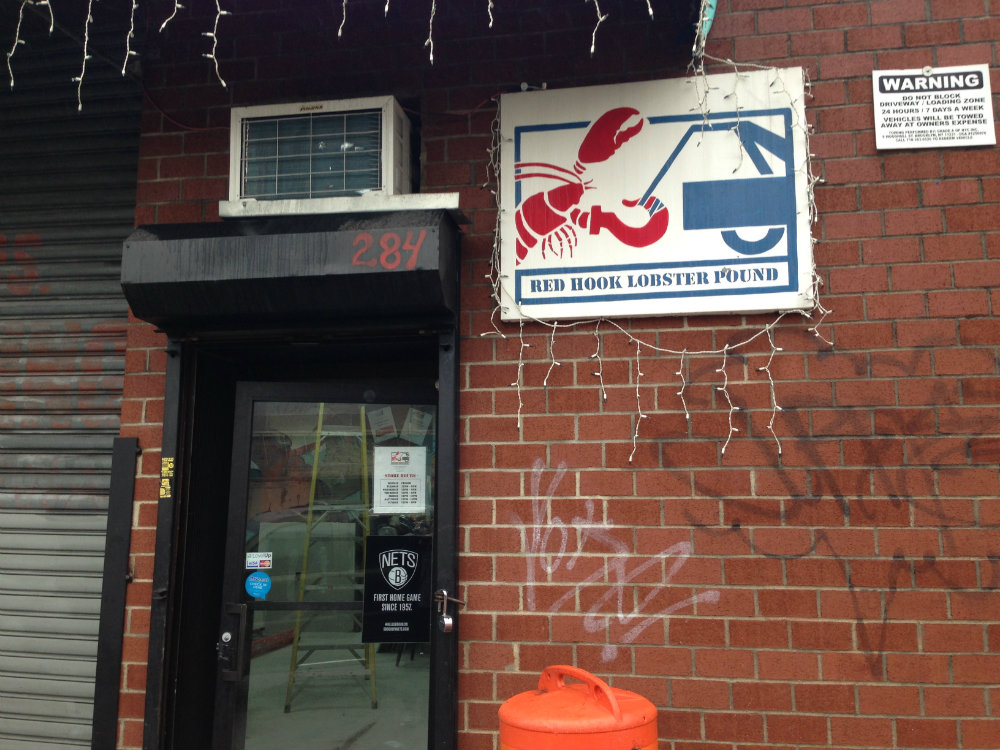 Lobster Pound proprietor Susan Povich says she'd like to have her Van Brunt Street business back in operation by Valentine's Day. The space was flooded with five feet of water, and Povich says the damage was "definitely in the six figures range." The loans have been slow to come in, she says, but they're nonetheless on the way. For those who wish to volunteer, donate their money, or lend the Pound certain items for their rebuilding effort, see the website.

Povich also sees the recovery process as an opportunity to "build things a little smarter." They've had to do lots of demolition work, but it's allowed them the chance to make several upgrades to the location. Their new truck should be ready to roll in March, too.

Monica Byrne and Leisah Swenson are trying to reopen their restaurant Home/Made by the first of the year. Swenson says progress has been slow and that she and Byrne are "trying to pull every credit resource" available to them. "I can't take the hit," she says. Their GoFundMe campaign has reached close to $8,000, 16 percent of their goal. All of their staff had to leave, so the duo is running the rebuilding process with volunteers.

On the bright side, Byrne's efforts with Restore Red Hook — a fundraising collaboration with Baked's Matt Lewis and Fort Defiance's St. John Frizell — have raised enough money to distribute $4,000 to each of 50 area businesses. Byrne says it isn't much, considering some of the damage, "but that it'll probably help a place replace an expensive piece of equipment or pay for half of their electric costs."

Several restaurants along Van Brunt Street have reopened, among them St. John Frizell's Fort Defiance. Frizell says that business is good — almost too good — thanks in great part to that fact that people are trying to lend their support to Red Hook restaurants. "We're doing lots of private parties and special events," says Frizell, "and it's crazy enough that I wish we had two restaurants to handle it all." The fact that many apartments and houses in the area are still damaged means that people used to celebrating at home are moving the party elsewhere, which also contributes to business.

When asked for a general observation about the neighborhood, Frizell quickly settles on the word "bittersweet." He says he's happy to be back and see others back, but that "it won't be a full celebration until everyone is back to normal." He thinks that'll come in February or March.
· All Coverage of Hurricane Sandy [~ENY~]