The Butterfly's Eben Freeman on Getting Back in the Game

Share All sharing options for: The Butterfly's Eben Freeman on Getting Back in the Game 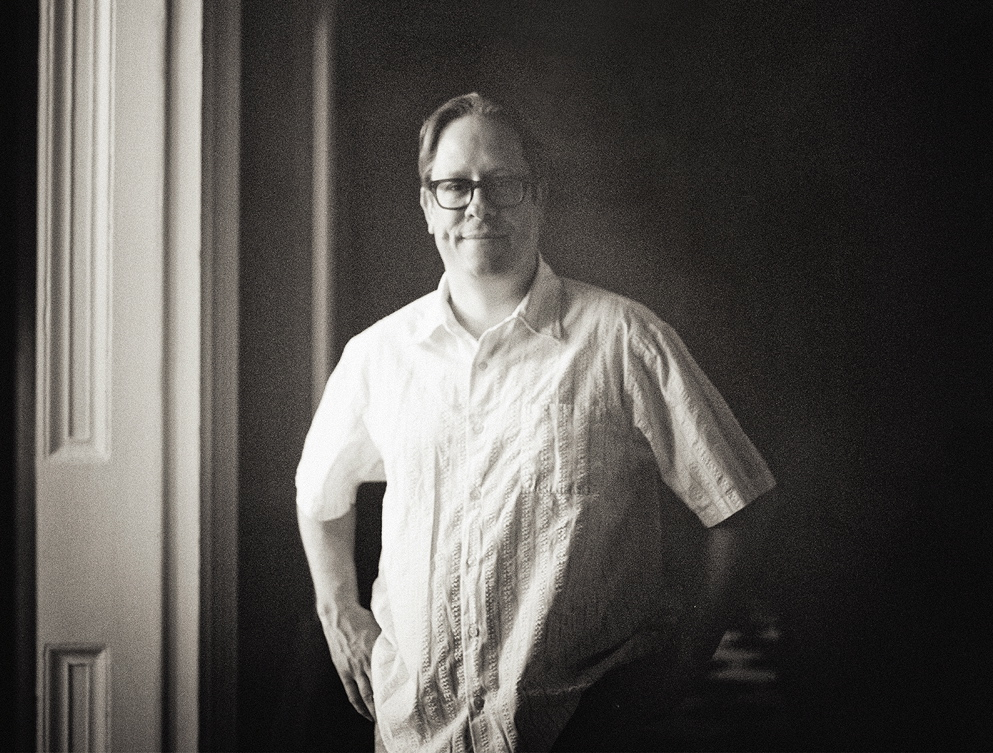 Eben Freeman made a name for himself at wd-50 and later at Tailor where he redefined New York's cocktail scene by placing unfamiliar flavors—everything from smoked coke to dry-hopped gin to cigar-infused Bourbon—in front of an unsuspecting audience. He also employed techniques like fat washing (then anything but commonplace) and incited shock and awe with his gin and tonic jellies and absinthe gummi bears. Freeman is now the Director of Bar Operations and Innovation for Michael White's Altamarea Group and for the first time since Tailor closed two years ago, he's getting back behind the bar at White's forthcoming, cocktail-centric The Butterfly. In this interview Freeman talks about how the New York cocktail scene has changed in two years, his new cocktail program, what makes a great bartender, and why molecular mixology is more successful in London.

Back when you were at Tailor and wd-50 a lot of people defined what you were doing as molecular mixology. We are seeing some of that here and there and certainly at places like Booker and Dax here and Aviary in Chicago, but the sort of experimentation that was so commonplace at Tailor didn't exactly spark a movement. Why do you think that is?
Most of the things I did at Tailor weren't really molecular, they were just ideas that people hadn't accepted yet—like the use of vegetables in cocktails or using strange flavors like huitlacoche in a cocktail, or smoked coke. It wasn't really molecular it was just new, so people were eager to frame it as molecular mixology. Even the solid cocktails were more pastry than molecular. Traveling to different markets and around the world, you see the development of cocktail culture; the whole molecular angle is being explored in other cities. But I will say is that, here in NYC, I really expected someone else to pick it up and do something really progressive, but it took a long time. Now we have Dave [Arnold] doing what he is doing at Booker and Dax; I really learned a lot from Dave back then and I am happy that he is in the position that he's in and that the crowd is really excited. I have been out of the scene long enough that many drinkers and members of the press weren't around when I was at Tailor and for them it's new and exciting. So it's not dead, it's ongoing.

Outside of NYC, what market is really taking risks?
London is really the home of the molecular cocktail bar and there are a few places there that are doing exciting things. And it's not just Tony's [Conigliaro] place Colebrooke; there are other bars, guys that are doing tasting menus in the style of Aviary. But when you look at Aviary and the comments about it, it isn't a huge commercial success. They aren't doing a lot of business. And I think that might be because you need to be in a market where you have more first time guests. There are only so many times you can have that experience or want to repeat it. But there are bars in London that are actually doing that and they are succeeding financially.

Do you think New York can go in that direction?
We'll never be London because London has a culture where people are comfortable spending 15 to 20 euros on a drink. I don't think the great hotel bars there – where the mixology scene has reached its apex –would ever fly in New York. I don't think we will ever have a community that's comfortable spending that kind of money on drinking. So, you know, the whole idea of the tasting menu molecular thing, I think the British are more accepting of that because they already have a skewed idea of what you have to pay for quality. But in New York, there's always going to be a value-driven aspect to the scene.

So are we destined to head more toward the sort dressed-down cocktail bar that's come up as reactionary to the more heady, buttoned-up cocktail bar?
It's an exciting time and without question there's been that reaction where, you know, people want to go to bars that are more fun, but still serve great cocktails. So you see places like Mother's Ruin starting to develop that trend where it's not just about the cocktail. I think that's one trend that will continue. And I think cocktail bars will start to be defined first by their staff and whether they can hold on to staff members long enough that they help define the scene. And, second, I think they will be defined by the culture around the bar. The people on the other side and whether you know you're going to see your friends there. There's also been a concerted effort on the part of cocktail movement to make the cocktail bar more about the guest and creating an inviting atmosphere. So, with that I think you'll see more casualness and more of a sense of humor.

What bar are you excited about or anticipating that can maybe shake things up?
What I am really interested to see is the Dead Rabbit. I want to see if a big box concept with cocktails will work in that downtown atmosphere with a financial crowd. I want to see if a big bar with tons of volume can still put out a good cocktail. And, more importantly, I hope it's a sign that, if it's successful, the consumer who used to drink any beer or any drink when he got off of work has grown up a bit and that our mixology movement is something that's substantial and attractive to people, not just in an aesthetic sense.

So let's about the Butterfly. What's the plan for the program?
A big part of what happens will be about my team. But this is a real departure for the Altamarea Group and I am really fortunate that Michael [White] and Ahmass [Fakahany] have put a lot of confidence in me and want this to be, primarily, a cocktail destination. As for the program, it's going to have a mid-century feel in terms of design and that's really guided the inspiration for the list. There are some books that are also an inspiration: David Embry's book How to Mix Drinks, and Thomas Mario's The Playboy Cocktail Bar. It's inspired by this period in the 50s—and I don't want it to seem like Mad Men where everybody is sitting around drinking Old Fashioneds. But there's a lot of drinks that were there during that time – like the Grasshopper, which people sort of see as their father's drink – that I want to revisit. We also want this to be a place where I can be found behind the bar, which hasn't happened in quite a long time.

How has your approach and perspective on cocktails changed since you were at Tailor?
I don't know, I think it's going to be a great shock to be behind the bar again and see the consumer. It was a great shock to get behind the bar at Tailor after taking time between that and wd-50. The drinking public had become so educated. I would have girls come down the stairs and I'd think they we're going to order Cosmos and instead they're asking me what kind of Old Tom Gin I have. Now I think the palate has been pushed so far. You may know Olivia Young who does PR for Altamarea, she's 24 and she only drank vodka when I met her and now she's drinking Old Fashioneds and whiskey and she loves Scotch. It's incredible how fast the learning curve is.

How do you think bar programs within restaurants have evolved while you were away?
Now there is an expectation that every place that opens is going to have good drinks, and it's shocking when you go to a place that's well funded and doesn't consider that. So many restaurants are so much more invested. Look at The NoMad — to me the highest evolution of a bartender is the fine dining bartender who can mix the cocktails but also knows the wine list and also has his food descriptions down pat. I think a lot of the cocktail movement started in fine dining restaurants and I think that fine dining has come back to claim its rightful place in the mixology world.

It also seems like sommeliers and bartenders are not two cultures at odds with each other anymore. Do you see that?
You know, when you used to go to Milk and Honey there'd be like one crappy wine. And it sort of sent this message that you can't have great wine and great cocktails in the same room. It's like, no, the same people are interested. It isn't enough, in my opinion, to just make a good drink if you're behind the bar. At a place with a wine list, you need to know that as well. That should be part of your skill set if you're going to be a serious bartender.