Here's a look around BrisketTown, the new Williamsburg restaurant that all the barbecue aficionados are going crazy for right now. Pitmaster Daniel Delaney learned how to smoke meat from barbecue big shots Aaron Franklin and Wayne Mueller. Delaney's acclaimed brisket retails for $25 a pound, and the menu also includes traditional barbecue sides. In its first week of business, BrisketTown sold out of meat, several times, so show up early unless you want to see this: 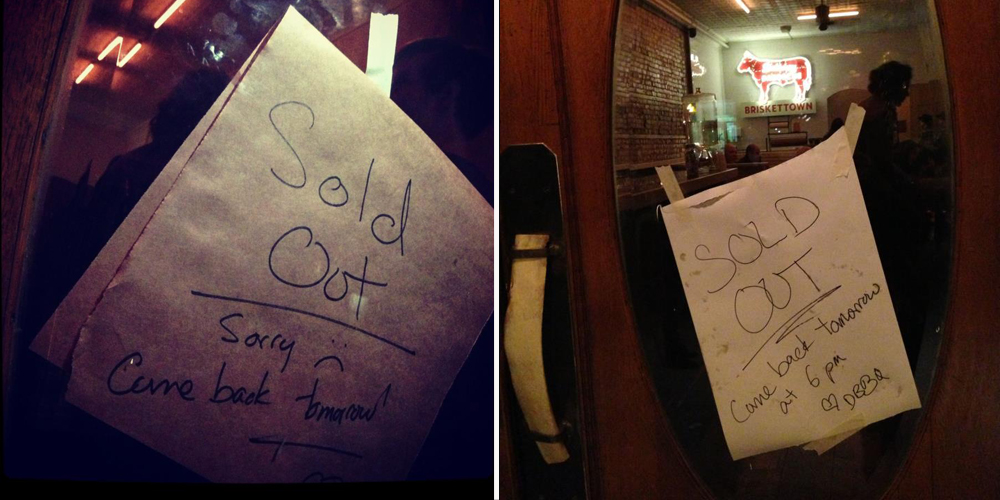 [Photo: Facebook]
Do send any early reports our way.