Share All sharing options for: A Restaurant Tour of Brighton Beach, Post-Sandy

Brighton Beach and its famous boardwalk were severely damaged by Hurricane Sandy, and its restaurants are still reeling from the storm. Here's a glimpse at what the eating and drinking establishments in the neighborhood looked like last week: 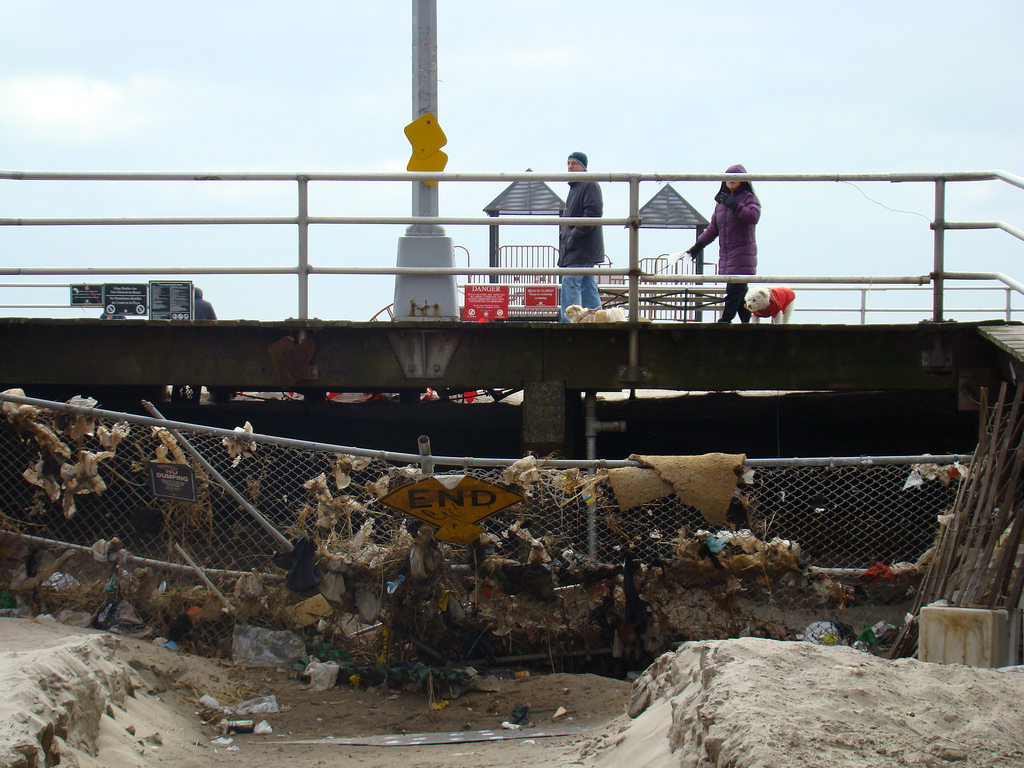 Though a few other boardwalk restaurants appeared to be open, most had signs in their windows saying that they were not serving food yet. The boardwalk itself was also significantly damaged. 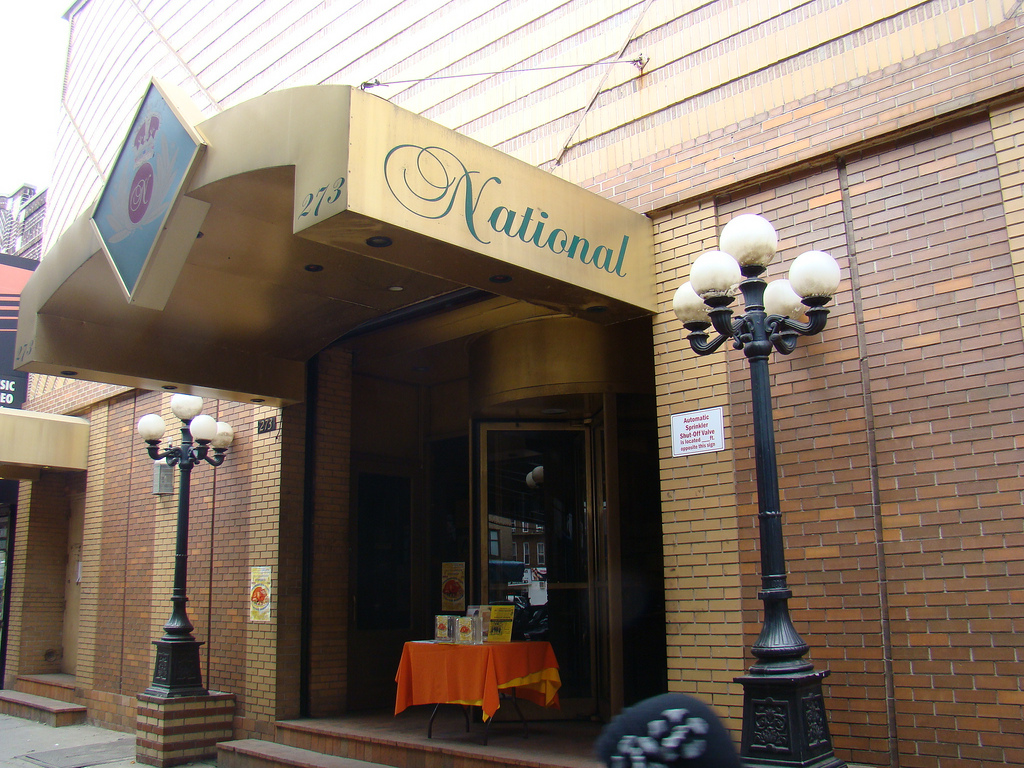 Brighton Beach Avenue sits a few hundred feet inland and fortunately fared much better. Most businesses were open and fully functional, including National Restaurant, a fixture in the neighborhood. An employee told Eater that they did not receive any damage.

Unfortunately, with hurricanes, water is not the only concern. Though fire wasn't as big of an issue in Brighton Beach as it was in Breezy Point just across the bay, the neighborhood was not immune. Royal Pizza has been shuttered due to a fire, and according to a sign out front, it will not reopen for six to eight weeks.

A little further inland on Coney Island Avenue sits Café Glechik, a Russian/Ukranian restaurant that has built a strong reputation for its vareniki and pelmeni, two varieties of Ukranian dumpling. The restaurant was lucky enough to avoid flood damage, but it didn't come out unscathed. After being closed for 10 days following the storm, the owners had to throw out all of their inventory. They also had issues getting their heat and refrigeration back on line. 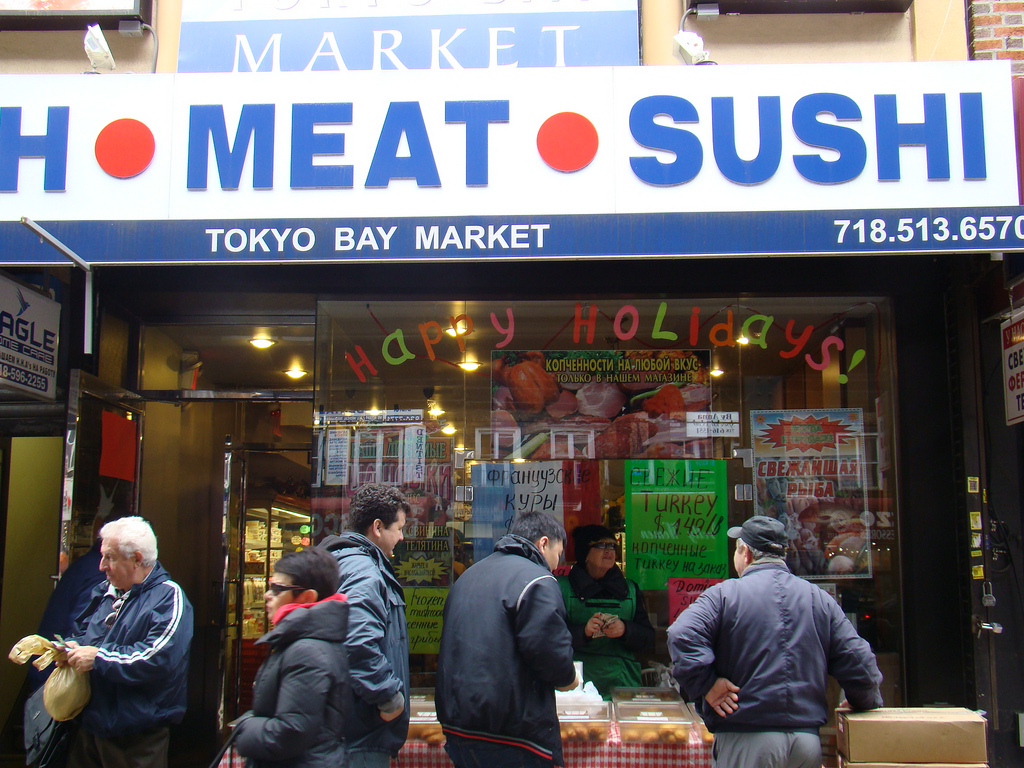 The biggest problem, however, is still ongoing and seems to be plaguing the entire neighborhood: business has yet to pick back up. A manager at Café Glechik says that since so many residents have yet to move back to the neighborhood, the pool of clientele has shrunk significantly. She also said that most people assume that restaurants in the area have yet to reopen, so people who viewed the neighborhood as a destination are not coming. 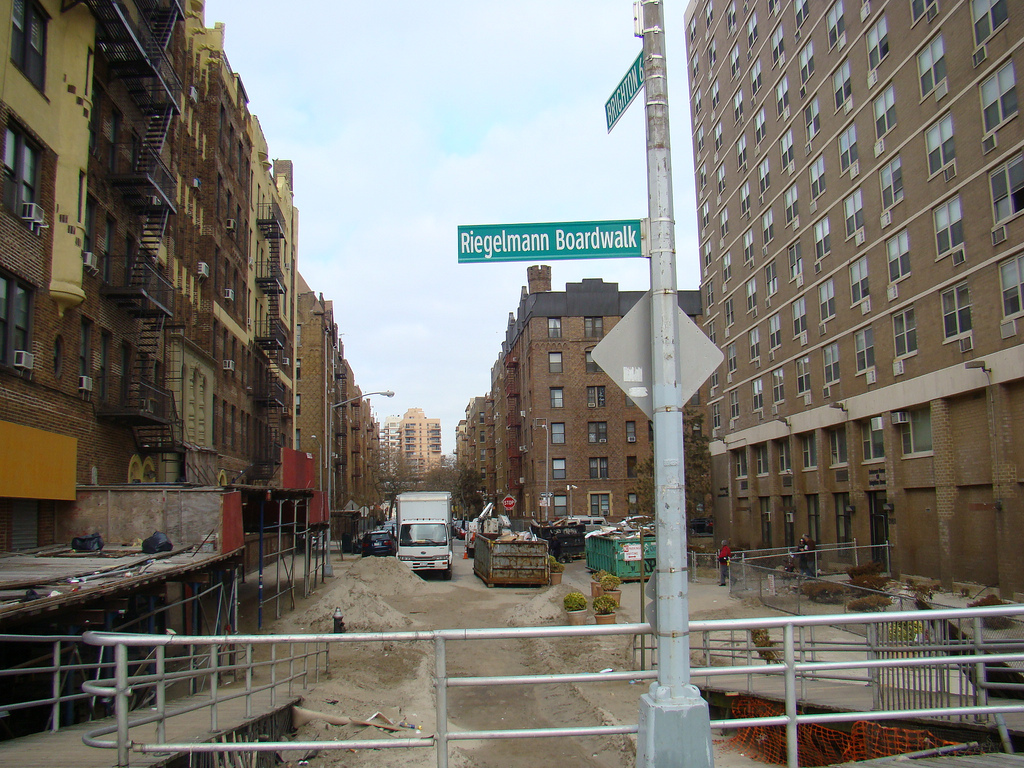 Overall, Brighton Beach could have come out of this ordeal in much worse shape than it is in. Though the restaurants along the boardwalk still have a ways to go before they return to their pre-Sandy states of being, once you push inland, the situation is much less bleak. The vast majority of restaurants are up and running, and as soon as customers get wind of this and start filling the seats, they will hopefully be able to put all of this behind them.
— Aaron Baer-Harsha