Throughout the next few weeks, Eater will be taking a close look at how restaurants are faring in the parts of New York that were hit hard by Hurricane Sandy. Up first: Staten Island. 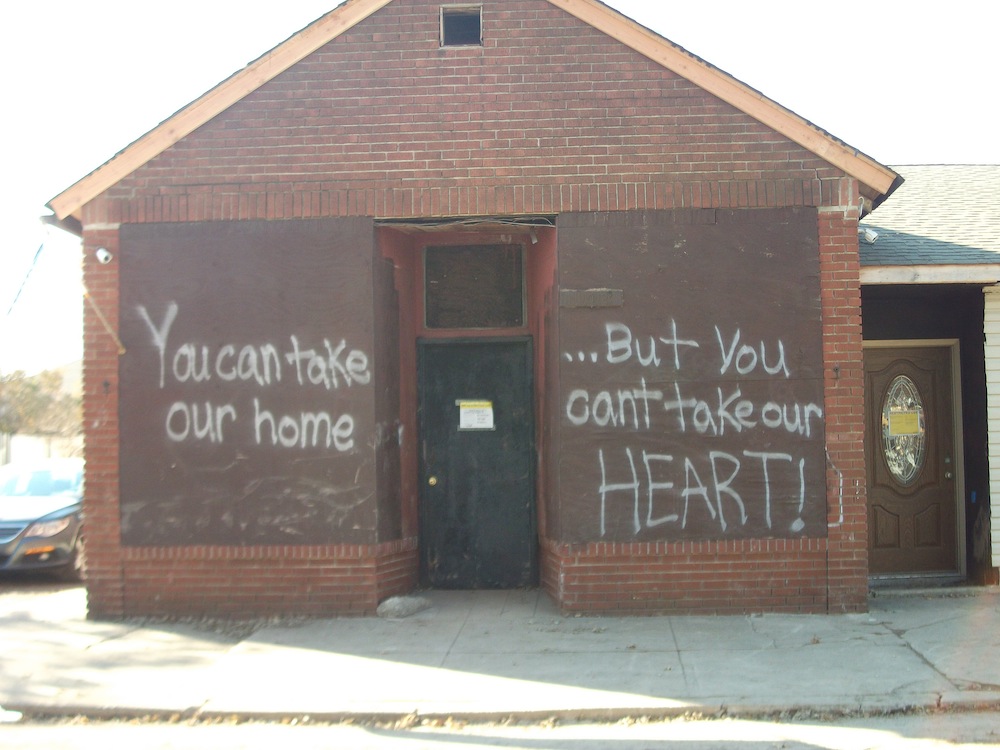 Driving around Staten Island the Wednesday before Thanksgiving, much of the borough feels fully back to normal after Hurricane Sandy. The streets are busy, Christmas tree markets are getting ready for the season, and most of the restaurants are back open. Take a detour by the beaches, off of Hylan Boulevard on the eastern side of the island, however, and the superstorm's destruction is still readily apparent. While all 13 restaurants named the best on Staten Island by Eater readers are back in business, in the most affected areas residents and business owners?including restaurateurs?are still in the beginning stages of rebuilding.
Linda Baran, president and CEO of the Staten Island Chamber of Commerce, says that the exact numbers of affected restaurants and other businesses is not yet known, though her office is working with FEMA to get a full sense of the damage. In New Dorp Beach, Griff's Place was the first restaurant to reopen, finally getting back to business last Wednesday morning. Though it's several blocks away from the beach itself, owner Dominic Griffo, better known as Griff, tells Eater that the basement was completely flooded, destroying storage and event space as well as several computers and the restaurant's records, and that the floor also needed to be replaced. Griff previously owned the Boardwalk Pub on Hylan Avenue for around 18 years and says that between his two restaurants he had a run of 20 years, nine months, and 12 days without closing, a streak that was obviously ended by Sandy.

Elsewhere in New Dorp Beach, Nini's, a few doors down from Griff's Place, has also been able to reopen, while other spots like DiSara and the New Dorp Beach Deli are effectively gutted after the storm. In Midland Beach just up the coast a few hundred feet, the street in front of LaRocca's Italian Ices & Pizzeria and Darina Café are being used as distribution centers by The Yellow Team, a Sandy relief outfit getting clothes and dry goods to residents affected by the storm.

A small handful of restaurants fared even worse. Toto's on Father Capodanno Boulevard in Ocean Breeze sustained significant structural damage and remains closed; ditto for the Marina Café in Bay Terrace, whose chef Steve Smith has found work at PK's in Great Kills, according to a report from the Staten Island Advance. On Hylan Boulevard, Colonnade Diner and Nunzio's Pizzeria both remain closed, while Anderson's Annex Tavern by Staten Island University Hospital is no more. But perched above the water on Father Capodanno Boulevard, South Fin Grill was able to reopen for Thanksgiving dinner after sustaining damage in the storm.

One of the most dramatically affected restaurants is Puglia's by the Sea. The common refrain from Staten Islanders when discussing Puglia's damage is: "Puglia's by the Sea? Now it's Puglia's in the Sea." The restaurant opened on a bluff above the Raritan Bay in January, after moving to a different part of Staten Island from Hester Street in Little Italy a few years ago. The day after the storm, owner Ben Marcuso told the Advance that he planned to reopen, though there was no sense of a timeline. (An interview request from Eater was not answered.)

With much of the community severely affected by the storm, those restaurants across Staten Island that didn't sustain any physical damage and were able to reopen as soon as the power was back on have been helping however they can. Benefits were held at Pier 76 and the two-months-old Tapas, for example, and staff volunteers from Julian Gaxholli's trio of restaurants Bayou, Blue, and Beso have been going door-to-door with meals for those most affected, handing out around 1500 free meals over the last month. As the Chamber of Commerce's Baran put it, "Staten Island's a very close-knit community and a lot of people know each other, and the outpouring of support within the community?and from across the country, too, but especially within our community?has been really great."
· All Coverage of Hurricane Sandy [~ENY~]