Thanksgiving is just around the corner, meaning those last-minute reservations and orders are getting harder and harder to find. For anyone who wants to eat at home but doesn't feel like cooking, here are five places that are still taking orders for the holiday. Act quickly, though, because the deadlines to order are approaching quickly. 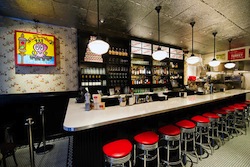 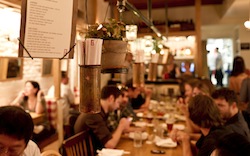 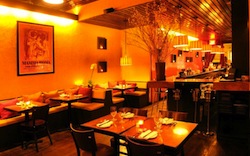 3) Bocca
39 E 19th St., Flatiron District
Deadline: Thanksgiving Day
Cost: $49.95 per person
Phone: 212-387-1200
At Bocca, chef James Corona is putting together a four-course prix fixe of butternut squash soup, pumpkin risotto, turkey breast with chestnuts and Brussels sprouts, and pumpking cheesecake for $49.95 per person. It's available in the restaurant or as a pick-up order. [Photo] 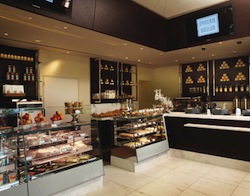 4) Epicerie Boulud
1900 Broadway, Upper West Side
Deadline: November 20, 7 p.m.
Cost: $425
Phone: 212-595-0303
All of the restaurants in Daniel Boulud's empire are offering special menus for Turkey Day, but Epicerie Boulud is the place to go for his Thanksgiving offerings at home. The menu consists of butternut squash soup, a cranberry pecan loaf and pain de mie rolls, a D'artagnon turkey, stuffing, cranberry sauce, and a whole slew of veggies. Feeding eight to ten people, it costs $425. Orders must be placed by 7 p.m. tomorrow. [Photo] 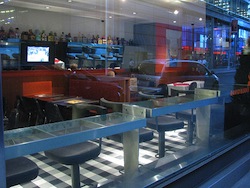 5) David Burke at Bloomingdale's
1000 Third Ave., Upper East Side
Deadline: November 20
Cost: $149
Phone: 212-705-3800
Like Boulud, David Burke's restaurants are all offering Thanksgiving specials, with takeout available from his outpost at Bloomingdale's. The menu features all of the classics, including a whole turkey (though it's uncooked, so you'll still have to figure out that part of it), cheesecake lollipops, and six parker house rolls for making sandwiches with the leftovers. Orders have to be placed by tomorrow, and it costs $149. [Photo]
· All Coverage of Thanksgiving on Eater NY [~ENY~]