Share All sharing options for: Chefs, Restaurateurs, and Critics React to Sandy

Last night, Hurricane Sandy ripped through New York City, causing severe damage to buildings all over the five boroughs. Most of the city's restaurants are closed, and will remain closed today. If you spot a restaurant in your neighborhood that's open, please send that info to the tipline, as Eater will keep updating the guide to businesses that are serving customers in the wake of Hurricane Sandy. And also, do send in any reports about restaurants that were damaged in the storm. For now, here's a roundup of reactions to the hurricane from chefs, restaurateurs, and food writers: 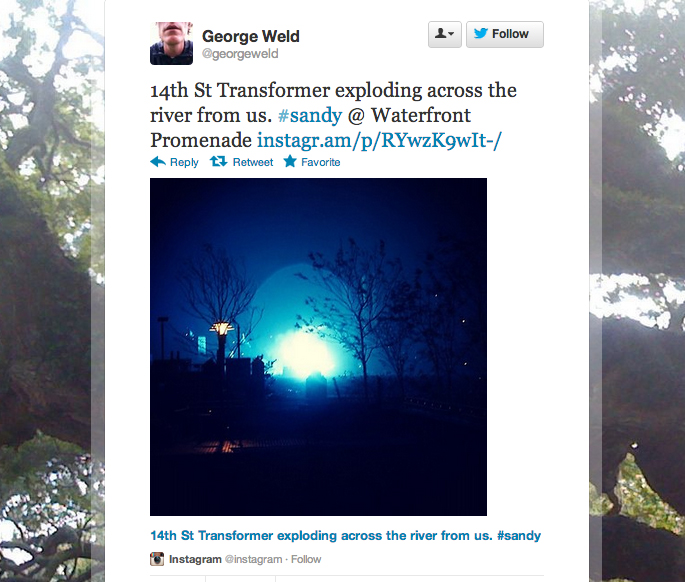 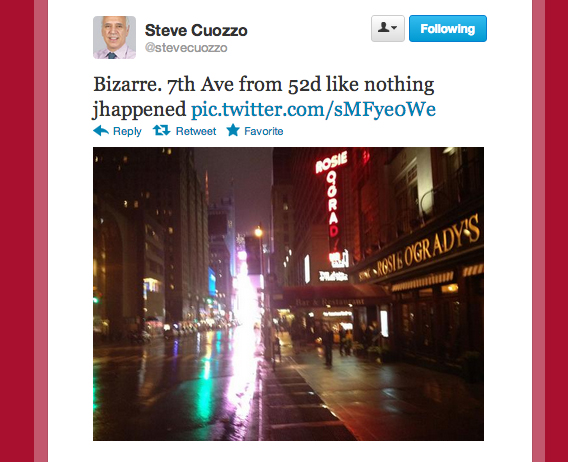 A sad dispatch from the Red Hook Lobster Pound:

From Gorilla Coffee in Park Slope: 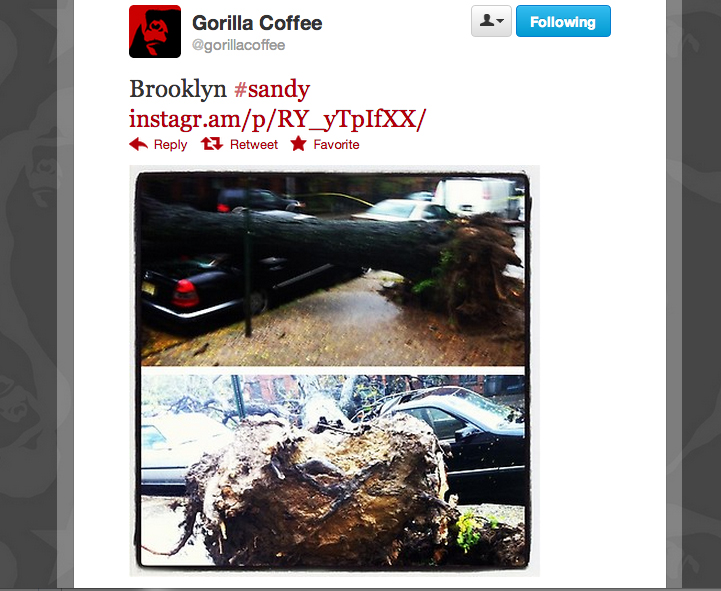 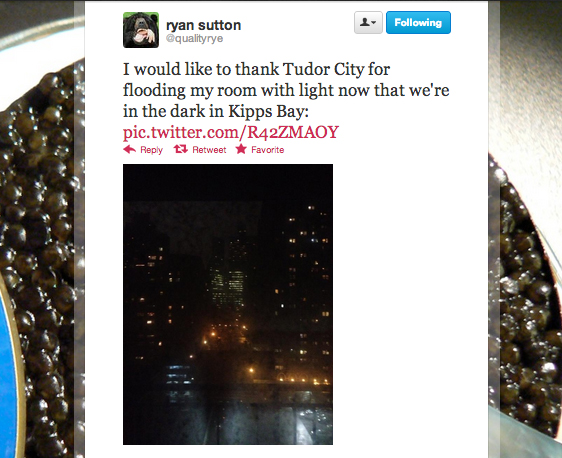 And finally, a report from Eddie Huang: