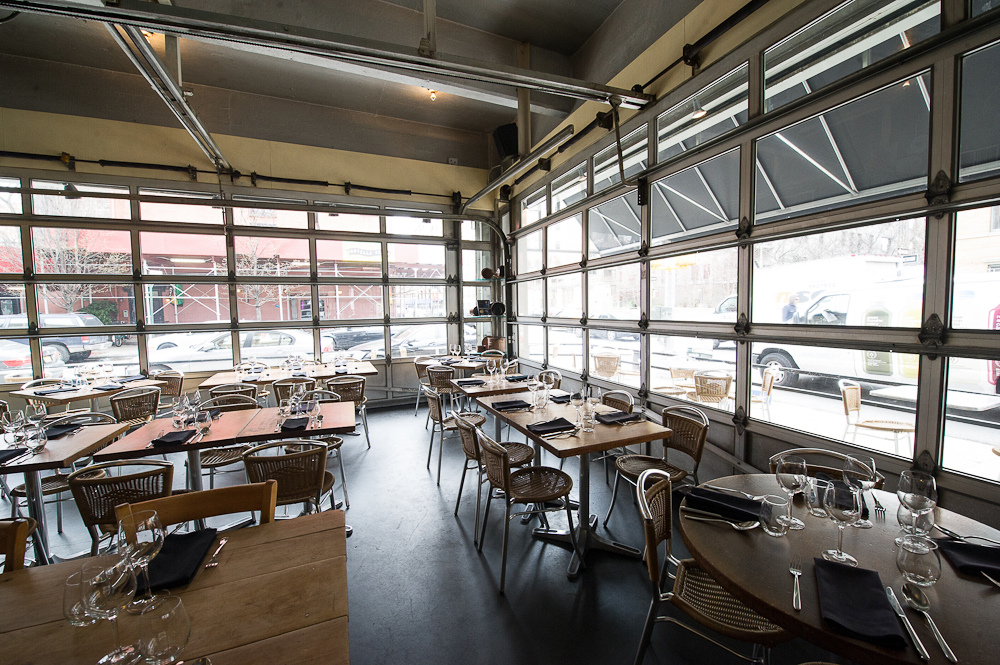 Jonathan Waxman is one of the few chefs in NYC who's also keen on playing sommelier.

"I was lucky; I played little league in Calistoga, so from an early age I was enamored with the wine country," says Waxman. "I studied oenology at UC Berkeley and, as a bartender, I was mentored by a wine waiter who opened up the door to great wine with a bottle of 1964 La Tour Haut-Brion."

By the time Waxman became chef at Chez Panisse he was already interested in wine, and the culture of that restaurant—which reflected importer Kermit Lynch's movement celebrating small-production, farmhouse wines—only bolstered his interest. The high-end wines didn't hurt either.

"At Chez Panisse, the occasional shift drink was 1962 [Champagne] Krug," he says. "So you can imagine the exposure there!"

It was a fortuitous beginning for a palate, particularly during a time when canned cocktails were still the rage. When Waxman opened Barbuto back in 2004, he assembled the opening wine list and has since been its intermittent caretaker. When longtime Barbuto bartender and sommelier Tim Farrell left to pursue a career in journalism, Waxman took over the buying again, and he plans to keep control for the foreseeable future.

Waxman's food menu might read as rustic Italian, but the wine list does a great job of reflecting his original goal, which was to create a sort of "Italian brasserie." The wine list is heavy on the Italians with a strong smattering of French wines. The Italian portion is focused on north and central Italy, while France splits its allegiance between rustic southern French wines and Burgundy. Most of the wines fall under $100 and the "Big Guns" portion of the list, which was once home to the high end, has been done away with — Waxman found it "too pretentious." The top shelf is now folded into the list and concentrates on Barolo, Barbaresco, Brunello with peppering of welcome outliers like Paolo Bea's sagrantino "Rosso de Veo" from Umbria and Mastroberardino's Taurasi from Campania.

Be advised that there are a lot of babies on death row in the $100-$150 range, so if you're not a fan of tannin, tread carefully in the Barolo section or head south to Tuscany and Umbria where the wines are still young, but throw less elbow.

The real meat of the list lies below $100 and it's full of wines that are enduring odes to rustic, regional Italian and French wines brought to us by classic importers like Neal Rosenthal and Kermit Lynch. Some of the more traditional wines are intertwined with modern, but tasteful riffs on Italy's classics. There's also a small nod to Waxman's California roots, with a handful of more restrained, classic wines like Stony Hill Chardonnay and Dashe Zinfandel that feel at home amidst the Franco-Italian mixed bag.

It's a list and a restaurant that's often easy to forget about until you find yourself over on Washington Street and stumble in for that chicken and a bottle of barbera. It's one of the great reminders that certain NYC restaurants endure for a reason.

Bang For Your Buck
Rosé de Loire Chåteau Soucherie '11 grolleau & gamay $42
One of the great value producers in the Loire Valley. They are known for chenin blanc, but also have skills with it comes to reds and this consistently great rosé. Lean, herbal, and mineral.

Greco di Tufo Ferrara '10 Campania ~ greco $59
Greco di tufo remains one of Italy's great, and still underappreciated, white grapes. It's grown primarily in the cool Avellino region (where this wine is from) of Campania, where it takes on a citrusy, saline and mineral character. This wine falls on the fuller-bodied side of the greco spectrum and is a solid choice if you're looking for a white to ride through the meal.

Barbera d'Alba 'Sori del Drago' Brovia'10 Piemonte ~ barbera $65
The Elizabeth Bennet of Barberas, equipped with complexity beyond its class. A wine that has the brightness to match with lighter dishes, but the structure to hang with beef.

Maggiore Croatina Sentito Tenuta Maggiore '10 Lombardia ~ croatina $45
Croatina is generally a grape used for blending throughout Piedmont, Lombardia, and the Veneto. This is a more polished, modern version with plenty of plush fruit and enough acidity to balance it all out. Doubles as a crowd pleaser.

Under $40
Versi Bianco Fondo Antico '10 Sicilia ~ grecanico, inzolia & grillo $35
A blend of three of Sicily's most planted white grapes. Grillo gives the girth, grecanico the acidity, and inzolia the spice. Plenty of fruit and freshness.

Off The Beaten Track
'Il Granaccio' Bisson '09 Liguria ~ granaccio $69
Grenache from the Italian Riviera that stands as a testament to how well this grape does here. A totally unique expression of the variety: concentrated, hugely aromatic, with bright acidity.

Break The Bank
Collio Bianco Borgo del Tiglio '10 Friuli ~ tocai, sauvignon, riesling & malvasia $92
The Borgo del Tiglio wines are concentrated and textural with the freshness and vivacity that defy their density. Benchmark wines that are among Italy's best white wines and are still difficult to find stateside.

Taurasi Riserva 'Radici' Mastroberardino '99 Campania ~ aglianico $159
One of the great producers of the aglianico grape in Campania. If there is any bottling that warrants the aglianico's designation as the "Barolo of the South," it's this wine. Drinking in its zone now.

WTF?
The most noticeable gap on the list is up top in the Spumante section, which is thin on both French and Italian selections. A little more Champagne could really go a long way.
· All Wine Coverage [~ENY~]
[Krieger]