Tarcísio Costa on the Design of Alfama 2.0

Share All sharing options for: Tarcísio Costa on the Design of Alfama 2.0 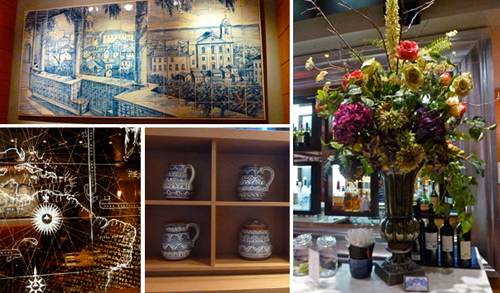 In 2009, Tarcísio Costa and Miguel Jerónimo were forced to shutter their West Village Portuguese restaurant Alfama because their landlord doubled the rent. Last spring, they reopened the restaurant on a charming block of 52nd Street with a bigger dining room and a sleek new design that incorporates many of the paintings, tchotchkes, and architectural details from the West Village space. Here's a tour of Alfama 2.0 from Costa:

Tarcísio Costa: "We wanted this to be a complete departure. It was very sad for us to leave the Village, because we were there for so long and it was part of who we were and vice versa — the people there really embraced Alfama and felt very protective of it. When we left because the landlord doubled the rent, people were really angry. Really, really, angry and really upset. It's great to be us, and it's a challenge to be us, in the sense that New York is a very sophisticated food town, but the category of 'Portuguese cuisine' is not one that's represented well or that is ingrained in people's culinary minds. We changed the brand identity a little bit. We wanted to make it modern but still keep some touches. When people hear 'fine cuisine,' they think of expensive or sophisticated restaurants, so we dropped the 'fine Portuguese cuisine.' And what is Alfama? It's the oldest neighborhood in Lisbon, going back to the 8th Century when the Moors invaded the Iberian Peninsula. 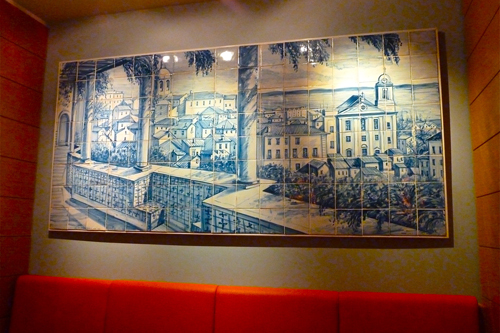 "This is the blue and white 18th Century tile panel depicting the neighborhood of Alfama. That site exists — it's called Miradouro de Santa Luzia. To the right, you have the Se cathedral, and to the left here is the dome where the Portuguese poets are buried. Many of our clients say, 'Oh I had a picture taken there when I was in Lisbon.' This was made in Portugal, and it was dismantled and came unassembled, and it was assembled here. 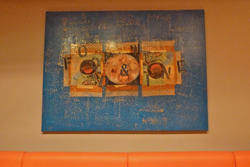 "The blue painting over there is food and wine, with the custard cakes that we're known for with two glasses of wine. This was painted by a Portuguese artist living in New York, and it was commissioned just for this restaurant. Her art is exhibited in galleries in Paris and Portugal. 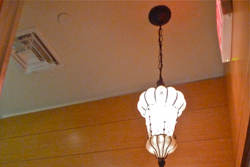 "These lanterns used to be above the bar in the old Alfama, and now they've found a new location here, but it feels just right. People remember them. They are also from Portugal.

"This plaque is very weathered because it used to be outside at the old location, and the water jugs also came from the old Alfama. St. Anthony came with us too — he's the patron saint of Lisbon. 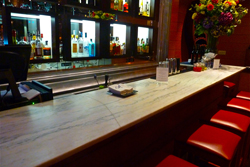 "The marble, which is broken in two pieces, is recovered from an old demolition site on Wall Street. So, this marble connects us to New York. We wanted to say, 'We're a Portuguese restaurant, but we're a New York restaurant as well.' The funny thing is that it's also very Portuguese — if you go to sort of a casual restaurant in Portugal, you have a marble top for the bar and for the tables where people can eat. 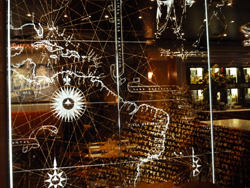 "This is a depiction of the Treaty of Tordesillas, which is a treaty that was signed between Spain and Portugal in 1494 when they split the world in half, so that's what the map depicts. It was made for the space. It's more modern, we don't do tablecloths, it's more minimalist, but it's still us."