Test Your Level of Restaurant Snobbery With Eater's Quiz

Share All sharing options for: Test Your Level of Restaurant Snobbery With Eater's Quiz

Think you know a lot about New York dining? Take Eater's New York Restaurant Snobbery Quiz and find out just where you rank on the know-it-all scale.

1) Who serves the best pork buns in NYC?
A) Momofuku Noodle Bar
B) Ippudo, maybe
C) This guy Benny. He operates a stall under the Manhattan Bridge in Chinatown on select Thursdays during the warm weather months, but most of the time I just get the octopus skewer.

2) The most exciting restaurant in New York is:
A) The remodeled Le Bernardin
B) Brooklyn Fare
C) The New Acme

3) SHO Shaun Hergatt is...
A) No idea.
B) ...a good restaurant in an unfortunate location
C) ...one of the best restaurants in NYC, and a true fine dining value. Who cares if it's on the second floor of a condo building in the FiDi? If people don't want to make the trip, that just leaves more of chef Hergatt's food for the rest of us.

4) Who is Andy Ricker?
A) Conan O'Brein's sidekick?
B) The proprietor of Pok Pok Wing.
C) The only chef serving real Thai cuisine in New York City.

5) What do you see in this painting? 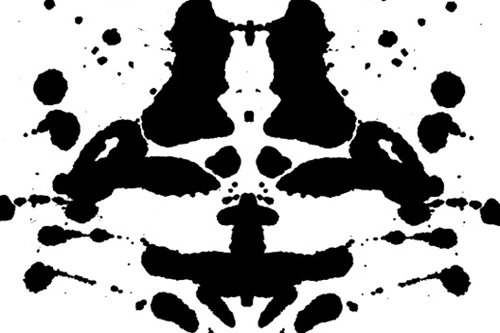 A) A vase with flowers.
B) A bowl of delicious ramen.
C) Ah yes, the third course on the new Torrisi menu. This was good, but their French-African version of pike quenelles was even better.

6) Which forthcoming restaurant are you most excited about?
A) Bowery Diner
B) NoMad
C) The M. Wells catamaran factory steakhouse

8) What are your thoughts on The Meatball Shop?:
A) It's awesome!
B) It's sometimes too crowded for me, but the food is tasty, there's a lot of variety, and it's super-affordable.
C) I'm not even going to answer that question, but I will say this: I ate chef Holzman's food at SPQR in San Francisco back in 2007, and I wept.

9) Do you plan on checking out Romera?
A) Probably not. It's too expensive, and I don't know if I'll like the food.
B) Depending on what Pete Wells has to say, I might try the $125 five course menu.
C) First of all, I went back in November. Second of all, I don't know if I'll go back any time soon. No disrespect to Dr. Romera, but if I want a killer tasting menu for $125, I'll go to Corton, Cafe Boulud, or even Jung Sik.

10) Who makes the best burger in NYC?
A) Shake Shack
B) Minetta Tavern
C) There are far too many burgers on New York menus these days, and it's a real joke that diners happily pay $15 - $20 for ground beef on a bun. That being said, I've been known to pop into J. G. Melon when it's not too crowded, the cheeseburger at Veselka is an underrated classic, and I stop by Shopsin's about once every other month to catch up with Kenny and eat some sliders.

Bonus Question:
What is the best dining neighborhood in NYC?
A) The West Village
B) Williamsburg
C) Jackson Heights/The East Village ten years ago

· All Editions of The Restaurant Snobbery Quiz [~ENY~]