Share All sharing options for: The Top 10 Neighborhood Gamechangers Coming This Fall

Now that the Meyers, Chodorows, Torrisis et al., have been dispensed with, it's time to take a closer look at the neighborhood spots that will be opening up around town this fall. Some are small ventures, places mostly geared towards those in the surrounding area (Celestino in Bed-Stuy), some are grander with bigger budgets and plenty of potential media attention (Cafe Pushkin). Some could become destinations in their own right, most will not.

No matter the scale, these are the places that should have a big impact for those who work and live in these neighborhoods.

1) Financial District: Demi Monde
Who: Death & Co
What: The owners of Death & Co. are opening a new 120 restaurant and bar called Demi Monde in the somewhat desolate dining area of FiDi.
Where: 90 Broad St.
When: November
Why Locals Will Care: A high end cocktail bar with entrees under $20 in an area with barely enough wine bars to sustain itself? Who wouldn't care?
[More Coverage Here]

2) Upper West Side: Momofuku Milk Bar
Who: Christina Tosi, David Chang
What: Christina Tosi brings her addictive Milk Bar formula uptown with this newest, and biggest edition of her bakery. Now Upper West Siders will have an alternative to those enormous Levain Bakery cookies —enormous crack pie cookies and crack pie.
Where: 561 Columbus Ave.
When: Sometime in September
Why Locals Will Care: Hip entities don't cross 59th Street all too often and those schoolchildren up there need something besides Levain and concretes to satisfy their sugar needs.
[More Coverage Here]

3) Williamsburg: Pillar & Plough
Who: Hotel Williamsburg
What: The soon to open Hotel Williamsburg will have within its many folds Pillar & Plough, a restaurant serving New York "Neighborhood Food" from Andrés Grundy, a former chef de cuisine at L’Atelier de Joël Robuchon.
Where: 160 North 12th St.
When: October
Why Locals Will Care: The locals will care because if this restaurant is successful, it will bring more (perhaps unwanted) "reverse bridge and tunnel" traffic from Manhattan to their doorsteps. Also, "Magnums of Brooklyn Brew."
[More Coverage Here]

4) Lower East Side: Sauce
Who: Frank Prisinzano
What: The owner of Supper and the Lil' Frankies chain will open this Italian restaurant with an adjacent grocery section, demo kitchen, and take out window for coffee in the morning, lunch in the afternoon, and gelato on hot days.
Where: 78 Rivington St.
When: October 4
Why Locals Will Care: Because Frankies 17 isn't enough to satisfy the whole neighborhood's need for Italian. Also: gelato window.
[More Coverage Here]

5) Chelsea: La Promenade des Anglais
Who: Alain Allegretti
What: After closing the eponymous Allegretti, Alain tries again with La Promenade des Anglais, another Nice-inspired restaurant, this time in the old Bette space. The name is a challenge, but Allegretti knows what he's doing.
Where: 461 West 23rd St., Chelsea
When: By the end of the month
Why Locals Will Care: With this and the Hotel Americano opening up across the street, this area may finally become a place worth visiting before 1 AM.
[More Coverage Here]

7) Bed-Stuy: Celestino
Who: Massimiliano Nanni
What: Nanni, the former co-owner of popular Bed-Stuy pizzeria Saraghina, left the restaurant to focus on this new project Celestino, a Mediterranean bistro.
Where: 562 Halsey Street, Bed-Stuy
When: September
Why Locals Will Care: As Nanni says, "My neighborhood needs everything, but there’s not any place good for oyster or sea bass." 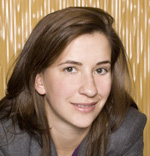 8) Union Square: Corkbuzz
Who: Laura Maniec
What: Sommelier Laura Maniec opens a wine bar with food and a classroom
Where: 13 East 13th St., Union Square
When: Mid-October
Why Locals Will Care: Because there's no good place to drink around Union Square.

9) Midtown: Cafe Pushkin
Who: Andrei Dellos
What: A crazy and elaborate Moscow restaurant (known for its celebrity clientele apparently) is opening a giant Midtown flagship over three levels and 7,500 square feet.
Where: 41 West 57th St., Midtown.
When: December
Why Locals Will Care: Perhaps it's just another weird, giant thing to add to the Midtown dining scene, but it could be a fun place for a business lunch. Either way, a total spectacle.
[More Coverage Here]

10) Flatiron: Al Mayass
Who: Rita Alexandrian
What: Al Mayass is a well known Armenian restaurant in Beirut that will be opening just south of Madison Square Park in a $2 million space.
Where: 24 East 21st St., Flatiron District
When: October
Why Locals Will Care: The area is teaming with upscale restaurants but doesn't offer much in the way of diversity.
[More Coverage Here]
· The Top Ten Big Deal Restaurants to Watch This Fall [~ENY~]