Looking for something to do this holiday weekend? Here are five choice dining events going on around the city: 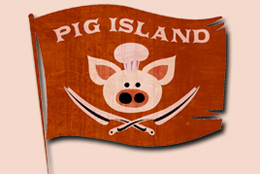 1) Pig Island II
Where: Governor's Island
When: Saturday, 11:30 AM - 5 PM
What: New York's biggest, baddest pork fest returns to Governor's Island. 20 chefs will cook 80 hogs, making dishes like rillettes, schnitzel, Cubano sandwiches, tacos, and oh so much more. The chefs include: Jimmy Carbone (Jimmy's No. 43), George Weld (Egg), Chris Rendell & Ryan Butler (Mary Queen of Scots), Andy Yang (Rhong-Tiam), Adam Schop (Nuela), and Heather Carlucci-Rodriguez (Print). Tickets are $70 and include food and beer. If you don't eat meat, you can buy a $40 ticket for sides, snacks, and other veggie items plus beer. Here's a promo video: 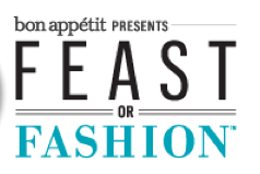 2) Bon Appetit Presents Feast or Fashion
Where: All over the city
When: All weekend
Bon Appetit is teaming up with restaurants around the city for Fashion Week for a series called Feast or Fashion. Basically, they are throwing parties at hot restaurants with designers (Rag & Bone at Frankies 570, Whit Pozgay at the Gramercy Park Hotel), producing a 40 page guide, and asking a handful of restaurants to offer special prix fixe menus from September 9 - 15. Participating restaurants include: Aldea, Birreria, Buvette, The Lambs Club, Public, and The Lion. Check out the menus and more info here. 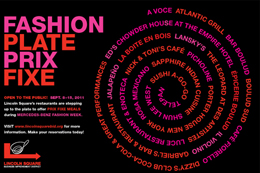 3) Fashion Plate Prix Fixe
Where: Upper West Side
When: All weekend
What: Another set of fashion week dining deals. Several very good restaurants around Lincoln Square are offering prix fixe menus from now until Thursday. Some of them are not available on Saturday or Sunday, but there are some good ones this weekend at places like A Voce, Épicerie Boulud, The Leopard at des Artistes, and Porter House. Check the site for more info. 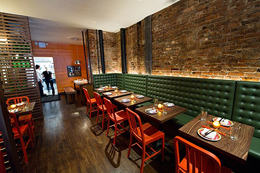 4) Opening Weekend at Fatty 'Cue West Village
Where: 50 Carmine Street
When: All weekend
What: The new iteration of Zak Pelaccio's popular Malaysian-inspired barbecue restaurant is now open in the old Cabrito space. The menu has some of the dishes from the Brooklyn outpost, plus a few new items like a buttermilk fried rabbit and a Trippa “Malaysiana” with smoked tomato curry. No lunch, just dinner for now.

5) Brooklyn Cured at Brooklyn Oenology
Where: 209 Wythe Avenue, Brooklyn
When: Saturday, 3 - 7 PM
What: The charcuterie company from Scott Bridi (formerly of Gramercy Tavern) is holding a "Snacks and Sips" tasting at Williamsburg's Brooklyn Oenology today. They'll be serving a banh mi made with pate and rillettes, and an Heirloom tomato BLT, both with wine pairings. 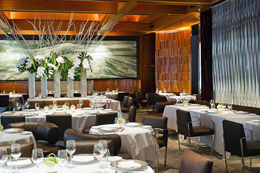 Also of Note: Smorgasburg is open today, and the New Amsterdam Market is open tomorrow. The recently renovated Le Bernardin is most certainly booked for the weekend, but their new more casual lounge is open and you don't need a jacket or reservation to have a drink and some snacks there. Franklin Becker's Lexington Brass is also open in Midtown. If you're looking for bang for your buck, check out Eater's list of five affordable alternatives to New York's hottest restaurants. And if you're feeling adventurous, perhaps you might enjoy a meal at one of New York's 10 "secret" restaurants.
· All Previous Editions of Something for the Weekend [~ENY~]