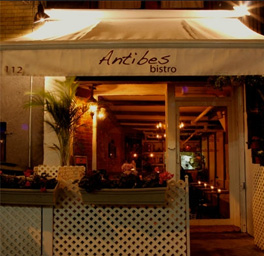 Last night, Community Board 3's SLA Licensing Committee offered few expected stone cold rejections and an unexpected number of unanimous approvals. Peels is getting a new bar, Hot Kitchen is coming to 2nd Avenue, Quality Meats is moving downtown, and it looks like controversial sports facility Basketball City's will succeed in its attempt to obtain a liquor license for Pier 36 on the Lower East Side. Let's get to it:

Second time was definitely not the charm for tavern-hopeful St. Mark's Red House (126 St Marks Place), seeking a transfer from current restaurant Lychee. After July's rejection due to weak documentation from the former owner on the transfer in question, owners attempted to convince the board of their legitimacy with a number of new signatures from local residents, an expanded menu, and a promise to manage street congestion and noise levels. However, CB3's aversion to any expanded liquor consumption on St. Mark's place won over, and the transfer was rejected two to three. The proprietor's feeble closing of "There are already 39 licenses; Not to be flippant, but what's 1 more?" did not convince them otherwise.

Preserve 24 (175-177 East Houston Street) unsuccessfully attempted to gain permission to play live jazz music in its basement, despite promises of triple soundproofing. Though one local artist spoke out in favor of the creative benefit live music would provide, two residents complained about current noise levels in the area and questioned whether Preserve 24 intended to use a courtyard that was overlooked by their windows. There was an awkward moment where one resident claimed proof of construction, showing the board members photos surreptitiously taken on his camera phone, but it turned out to be temporary bracing in accordance with building laws.

CB3 finally smiled upon restauranteurs, with a unanimous vote to grant neighborhood French Mediterranean restaurant Antibes Bistro (122 Suffolk Street) a full liquor license. The secret? Eight enthusiastic neighborhood diners singing the spot's praises, so much that the last three were cut short so the board could vote to unanimously grant the license.

Peels (325 Bowery) was also granted permission to reconfigure its set up so the food counter would turn into a full service bar in a short and sweet unanimous vote.

The only fiery debate of the evening surrounded Basketball City (Pier 36 at 299 South Street): a proposed venue for basketball courts located on Pier 36 on the Lower East Side. Community members spoke out against the establishment on grounds that it would not adequately take into account the needs of the surrounding area, describing its attempts at establishing an associated restaurant serving liquor as offensive given its location next to recovering addicts center, an elementary school, and local neighborhood projects with wayward youth. One young resident of the Avenue D projects nervously spoke about the commercialization of the waterfront that has been his home: "We do not want it to be the next Chelsea Piers." One member of the board pleaded with the proprietors to take into account the needs of community and offer a recreational space for locals of the area to congregate, though many of the community's complaints were beyond the scope of the SLA. After concerns about congestion and rowdiness the joining restaurant might bring were addressed, the board voted four in favor, two opposed to let the license go through.
—Devin Briski
· All Community Board Coverage [~ENY~]
[Photo via Antibes Bistro]