The new website for the upcoming Hotel Williamsburg is live, and by first look, it appears the upstart is trying to out-cool the Ace Hotel, out-hip the Standard. How's that? Why with a complimentary vinyl library and "vintage style" record players in the rooms, magnums of Brooklyn Brew at the Watering Tower Rooftop Bar, coffee from "the oldest family-owned artisan coffee roaster" in New York at the lobby cafe, spiked punch at the "Swim Club," New York "Neighborhood Food" at the restaurant Pillar & Plough, and "Toby Maloney's Artisan Cocktails at the Classic Cocktail Lounge."

That's some pretty aggressive hipster baiting right out of the gate (they couldn't squeeze in the word artisanal anywhere else?). The hotel, which has a residential component that's already open, is currently set to open in October. 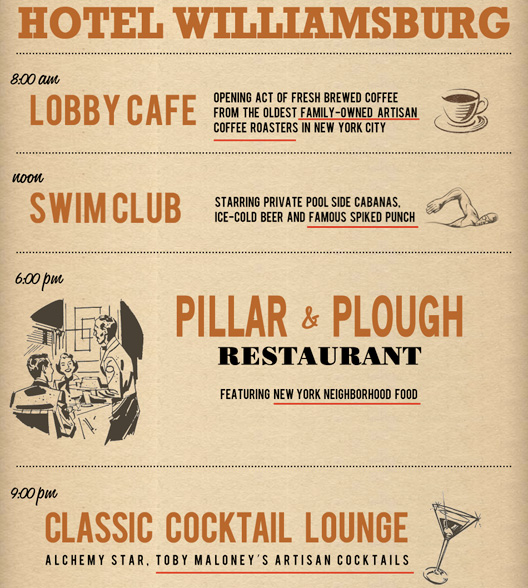 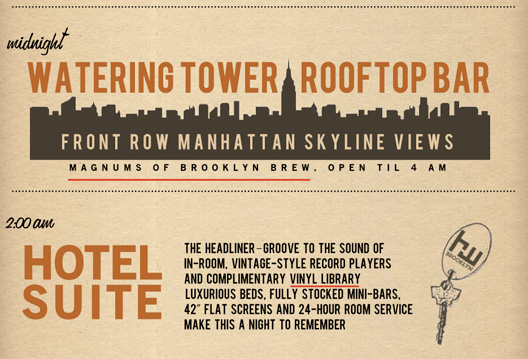