All week, we're featuring Shitshow Week Reviews—assessment of a restaurant that at first glance seemed totally and completely off the rails. This one comes from comedian Max Silvestri. 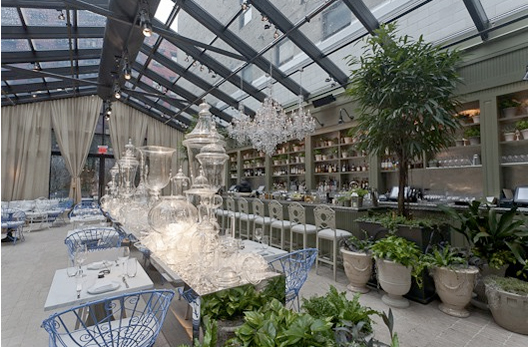 If you live in New York, and on occasion speak with people who don’t, you may find yourself let down by outsiders’ perspectives on the city. “Oh, I love New York! Every time I visit, my wife and I stay right in the heart of Times Square. We see a Broadway show, we go to an old Italian place on Mulberry Street, we buy Mylar balloons that say FDNY and then we spend 200 dollars on a memory card for our camera. It’s great."

You want to shake them and say, "Don’t do that! I love this city and I never do those things and I do better things and why don’t you try doing those things instead?" But you don’t do that. One: because it’s illegal to shake people. Two: because you’d sound like a miserable asshole. "What brings you joy is wrong, you are just too stupid to realize it. I’m an elitist piece of shit. Maybe being that you are in your late 40’s and this is a vacation you don’t want to take a twenty-five dollar cab ride to Brooklyn to wait an hour on your feet before eating smoked meat by the pound elbow to elbow with people the same age as your kid. But I’d never consider that because I only care about myself."

My point is: what’s a shitshow? Imperial No. 9, Near-The-Top Chef’s Sam Talbot’s restaurant in the Mondrian SoHo, certainly feels like one. It is loud and expensive and serves food in portions small enough not to negate the effects of your date’s cocktails. There are lots of spread collars and small dresses and lots of things are clear. I don’t mean obvious; I mean literally see-through. The room, though gorgeously lit in the daytime, feels a bit like someone started planning an Alice in Wonderland-themed Bar Mitzvah as a joke and then couldn’t decide whether they were kidding or not, realized they’d only seen the Tim Burton movie which is weird considering how famous the Disney one is and actually no they didn’t know it was a book first, and who cares because they ran out of money anyway so let’s just get a ton of stuff at Pier 1.

(If my review is hard to read, it’s because I’ve been reading too many Sam Sifton reviews, he who gave Imperial No. 9 a big fat donut in the NY Times back in June. I have taken to reading Mr. Sifton’s reviews aloud in my head in the voice of the Old Spice guy, and it is infectious, because it works so well. “Here is a plate a tuna. Look at your tuna. Look at me. Did you try that king crab? You’re in a Justin Timberlake movie. Here is your caramel ice cream. We’re on a boat.” Conspicuously, Imperial No. 9 no longer serves the tuna tartare Mr. Sifton savages in his review.)

My date and I enjoyed our meal at the restaurant, the food at least. The caramel ice cream with ground popcorn was incredible. I’d eat that every day. I’d never had king crab split and seared like they serve it, and it was great. Everything else was pretty solid. Our entire experience was improved by being seated next to a charming older couple eager to converse and trade opinions on the food.

The wife was British and made me try to guess her profession. (I got it right in 6 tries. Real estate.) She was really fiery and fun and it turned out later she is a bigshot SoHo broker. She asked and I told her I had gone to Brown, and she said, "I knew it! Brown people are so much more fun to talk to than Princeton or Harvard people." I like the world she lives in where she only talks to people who went to one of those three schools. Also anytime an older person with a British accent says, “Oh, I like brown people!” you have to make sure you aren’t encouraging Imperialism.

Were there some not very good things? Sure. The price. The noise. An annoying numbered cocktail list. (Which is the better gin & tonic? GT. 101 or GT. 104? So hard to say.) A bartender who shook my martini so hard and so long it turned out like a shaved ice. The smoked octopus knuckles looked like wet kielbasa on the plate and the taste wasn’t far off either. Almost everyone there looked like a skeleton, and our waiter was very nervous. 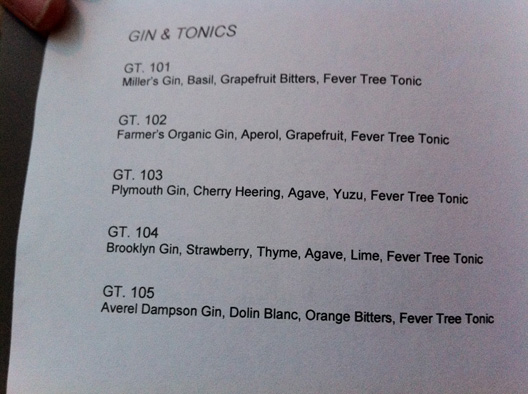 But whatever. No restaurant is perfect. Especially not this one. But it was a fine time, and I will never go back again. It is not for me! It is definitely for rich older SoHo couples and 4-tops of young people who want to be near where models nest. Far be it from me to tell them to stop going there. But they should, because it’s kind of a shitshow.
—Max Silvestri
· All Shitshow week Coverage [~ENY~]