Every once in a while we like to take a look at the rich history of a fake restaurant that is no longer with us. Today, a real Shitshow called Crag's. 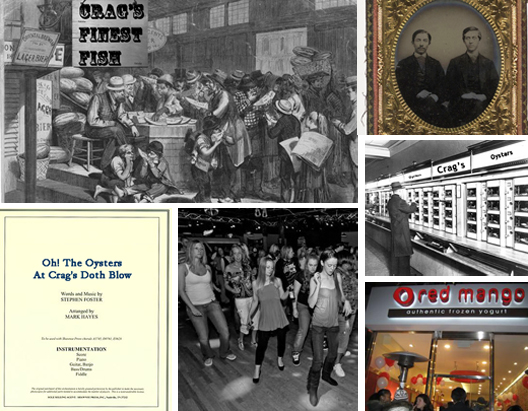 Comically bad restaurants have always existed in New York, but none had a longer, more disastrous run than Crag's, a seafood restaurant/steakhouse that served horrible food in dismal surroundings for well over 130 years. (If you haven't heard of it, that's because the nostalgia writers are too embarrassed to write about it.) Here now is the story of the rise and fall of Crag's, the greatest shitshow of old New York.

A Most Unusual Restaurant:
Brothers Jonas and Anders Crag were the heirs to a vast Dutch flypaper fortune. They traveled to New York in 1853 to invest their family's riches in the stock market, but unfortunately, their vices got the best of them. Jonas was a drinker, and Anders had a love of gambling, Champagne, prostitutes, penny farthings, tobacco, the opera, absinthe, harps, and firearms. After one week in New York, they had completely squandered the family money.

Jonas at least had the good sense to buy a small fishing boat before they were flat broke, which they then used to harvest oysters from the Hudson. With little more than a few dollars and some day-old shellfish, the Crag brothers opened a small restaurant in the Fulton Market in 1854. Although they couldn't compete with the other oyster vendors in terms of offering a quality product, their restaurant immediately drew attention because of its gaudy decor, elaborate dish presentations, and absurd door policies.

A food writer for the New York Daily Letter describes the Crag's experience: 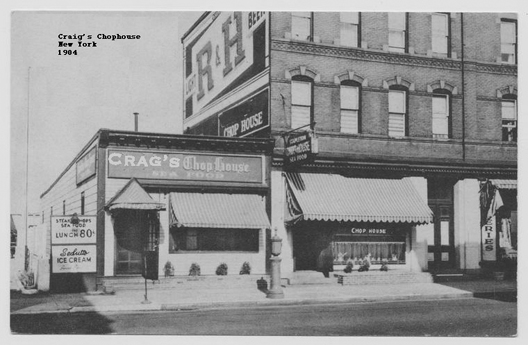 [The second location of Crag's]
To compete with the chop houses of the area, the Crag brothers added several more meat-centric items to the bill of fare. Along with the classic un-shucked oysters, customers could now enjoy "mini mutton sliders," "7-spice scrapple skewers," and "Cajun haggis poppers."

Novelist Henry James describes this new iteration of Crag's in a letter to a friend dated September 18, 1877:

Dinner at the new Crag's. They have electricity now, but the dining room is murkier than before, and I think my waiter was out back smoking opium during most of our meal. Beef was as tender as an Italian leather boot, and more expensive. It is a show of shit, and American at that.But despite the tepid reviews, Crag's in Herald Square continued to prosper well into the 20th Century. 70 Years of Schizophrenia:

Jonas and Anders mysteriously died in their sleep on the same day in 1900. (Upon hearing the news of their death Oscar Wilde quipped, "Perhaps the Crags finally ate at their own restaurant!") But even the passing of the original proprietors couldn't stop the restaurant from flourishing in its own uniquely bungled way. The brothers left their holdings to their children, Ernest, Eugenia, Olivia, Armando, Jonas Jr., and Alfons. With the second generation of Crags at the helm, the restaurant went through a staggering number of concept changes over the next 70 years. Here's a breakdown:

1980: A Wild West-themed singles bar operated by Warner LeRoyCrag's didn't make it to the 1990s. The basement space that was its second and longest home was demolished to make way for a Starbucks, which turned into a Chase. (It's now a Red Mango.) 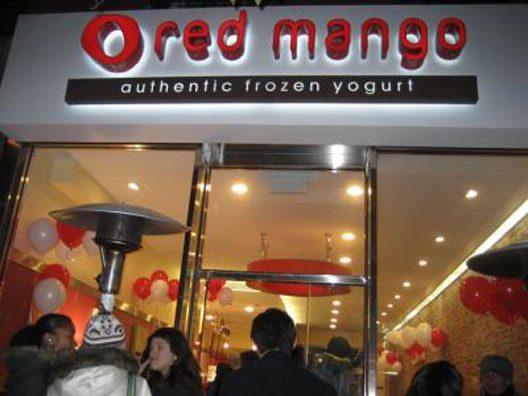 Its legacy will live on, however, in the many takedowns, pans, and slams it got from critics over the years. Perhaps most famous is a 1959 review by NYT critic Craig Claiborne. It concludes:I couldn't wait to get out of this godforsaken hell hole. Swedish-style lobster samosas? Give me a break. Listen: I've eaten in a lot of dumps in this town, but nothing and I mean nothing compares to the epic shitshow that is Crag's. · All Coverage of Shitshow Week [~ENY~]
· All Coverage of The Restaurants of Old New York [~ENY~]