Throughout the week, restaurant industry pros will submit their stories of working at a shitshow, starting today with Dirt Candy's Amanda Cohen. Want to submit your own story of working on the front lines of shitshowdom? The tipline is open and anonymity is available to those who so desire it. 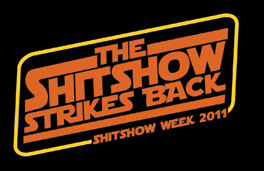 I kind of feel like every day in a restaurant is a shitshow to some degree, but it’s important that you don’t ever let your customers see you sweat. But sometimes you’re working in a restaurant where every system is designed to fail. It’s only happened to me once, and when I dream about it I still wake up screaming.

The investors were really nice guys who had refurbished the restaurant themselves, and they wanted to be involved, but they’d never done fine dining before. The Executive Chef was sometimes there, sometimes not and he wasn’t giving much guidance. So the time came for us to do Friends and Family, to put the kitchen and floor staff under pressure and work out the kinks, and it all fell apart like a house made of wet Kleenex.

The first Friends and Family on Thursday was hard on the kitchen, but nothing truly traumatic. The trauma was being saved for Friday night. We had 70 people on the books, spread across two seatings, but no one had coordinated the guest list so the investors had all invited extra people, then the Executive Chef had invited extra people, then the investors had invited a few more extra people, then the Executive Chef invited a few more extra people and the first time I became aware of the situation was when a waiter popped into the kitchen to inform me that, suddenly, there were 90 people in the dining room. By the end of the night, we would serve more than 160 people. I needed to see the kitchen under pressure, but I didn’t need to see them die.

We were scrambling and people kept pouring in with no rhyme or reason. The floor manager was being told that every table was important and no one could be turned away. I was of limited value on the line because I had my arm in a sling after shredding my shoulder the day before so I went out into the dining room to try to control the damage, but the damage already beyond being controlled. It was a cascading avalanche of awful. Orders were piling up in the kitchen because there weren’t enough runners, plates weren’t getting cleared for the next course because there weren’t enough bussers, orders weren’t getting taken fast enough because there weren’t enough waiters. Food was getting fired, waiting for a runner, getting cold, having to be re-fired, getting cold again. Some tables waited three hours for their food to arrive.

?As the night progressed more and more people showed up to visit their buddies who were trapped in this restaurant hell. The only thing that was being served fast was the booze, and the investors and the Executive Chef kept sending more wine to people to apologize for the lack of food. By 9pm people had been there for hours and their livers were toast. Customers staggered from banquette to bathroom, knocking into tables on the way, diners passed out at their tables, arguments broke out, people grabbed food off passing trays. Bread was at a premium. Wine was cheap. So was human dignity.

And then we ran out of food. I’d only ordered for 100 people, but as 9pm turned into 9:30 PM, 100 diners were fast disappearing in my rear view mirror. By the time 10 PM rolled around and we had served close to 140 people, I was standing on the line cooking dried pasta out of boxes and opening cans of tomato paste with one arm to make sauce. This was an alternate universe version of Friends and Family where friends were transformed into enemies and family turned into that great aunt who always shows up drunk.

The nightmare lasted until 2 AM. The investors were mortified, the Executive Chef blamed me, and I blamed god. The restaurant lasted less than a year, and I wasn’t too surprised - I don’t believe in signs, but you’d have to be an idiot to ignore that kind of a warning. I have never seen things that bad before and I’ve never seen them that bad again and I pray to all I hold dear that you never will either.
—Amanda Cohen
· All Shitshow Week 2011 Coverage [~ENY~]